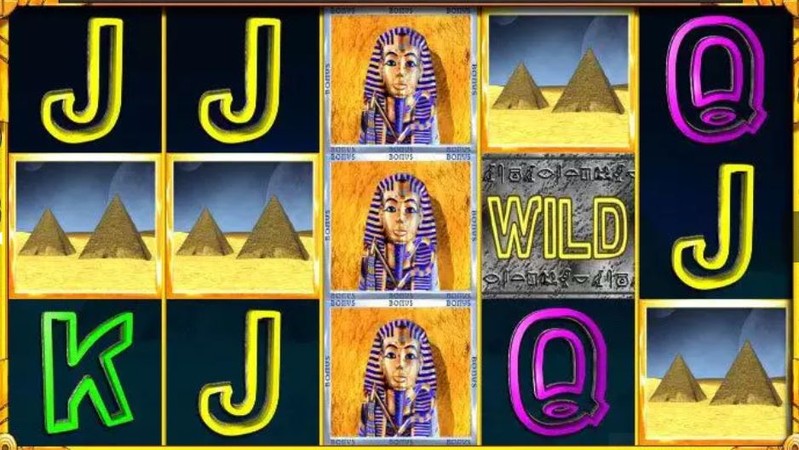 Egyptian Gold is a slot that requires you to work your way through ancient Egypt and essentially find the gold that is hidden. It’s a game that’s both captivating and also full of features, of which we will discuss later in the review.

One thing that we will say is that the slot does look the part. Everything from the graphics, to the soundtrack, to the bonus features all seem to hit the spot and it’s been fun to test.

You get a 5 reel, 20 payline game from Egyptian Gold, but it’s definitely more famous for the inclusion of several bonus features, wilds and in-game feature rounds, than anything else.

The lock and load feature allows you to continue spinning the reels whilst the game holds down the winning combinations. This essentially allows you to win over several lines and can actually become quite beneficial, should you get multiple wins. The game will commence once the Lock and Load symbol appears on any of the reels. 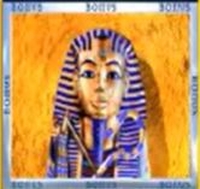 The Sarcophagus feature is the first of the bonus rounds that you can access. You need to 6 or more of the scatter features anywhere on the board for the game to start. From here you simply choose from any of the Sarcophagus’ on the screen to reveal your cash prize.

The Golden Head will allow you to enter yet another feature round and again, its simply a case of choosing between the heads on screen to reveal your reward. This game will allow you to keep getting cash prizes until you pick the head with the ‘X’ behind it. Once you’ve done this then the game will be over.

The Portal of Gods is probably the most illusive of the bonus rounds, but the most potentially profitable. You need to pick up the Golden head in the Eye of Horus feature to access this game. It’s again very simple in that all is required is you to pick out one head to reveal your reward. Once you’ve done this, the game pays you your cash reward. 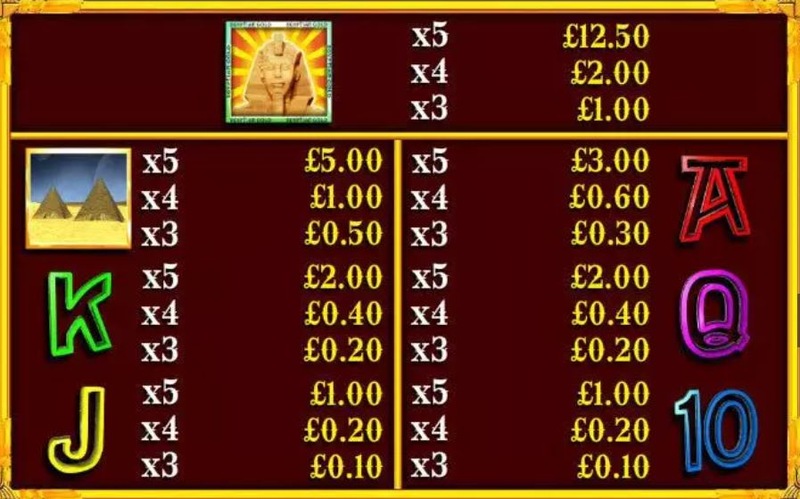 The obvious and most standout attribute that the Egyptian Gold slot has is the sheer volume of bonus games. Granted, they aren’t all massively interactive, but the ability to have four different features along with free spins, is something that not a lot of slots can boast. The slot can also be very rewarding with the addition of a gamble feature that allows you to essentially keep going until you hit the max payout for the slot.