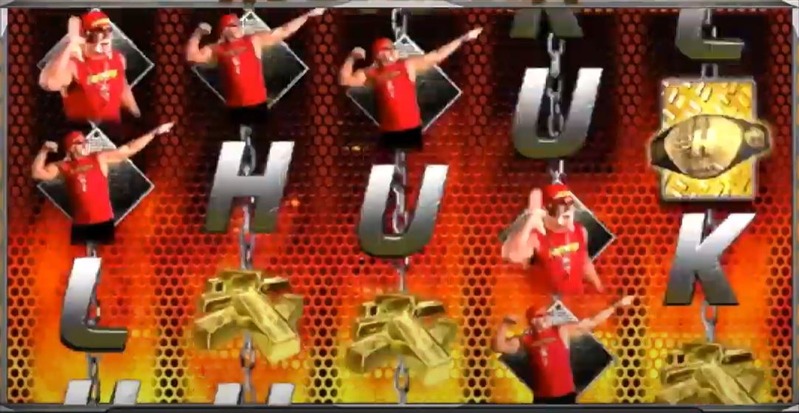 Hulk Hogan is one of wrestling’s biggest names and with this slot comes all the brash, loud and fun aspects that the legend himself brought to the ring. What’s great about Hulkamania is that it includes a ton of sayings and mannerisms that Hulk Hogan had in his heyday. For those of you who are fans of the sport then this is a slot that you will need to try. But, for those of you who are maybe not familiar with Hulk Hogan, then keep reading as you may just surprise yourself.

You’ve got a classic 5-reel, 20- payline game going on here and with that comes a max bet of 100 coins per spin. This wide range of values for bettors along with feature rounds, bonus rounds, scatters and wilds really do keep you interested. 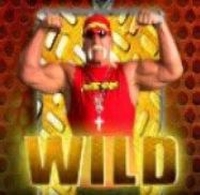 The wild symbol will do a pretty basic job to start with in that it will substitute itself in to make other winning paylines. The only symbol it won’t sub in for are that of feature symbols. But, there is also a golden wild, which then turns all the other symbols on that line into the regular wild. From there any winning paylines are totted up and added to your account. 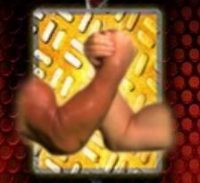 The arm wrestling game means you need to take on Hulk Hogan to win as many free spins as you can. As you may have guessed, you will be going head to head in order to beat him in an arm wrestle. The game is triggered by getting the arm wrestling symbol on reels 2, 3 and 4 before the game then starts. You can plot your moves as you wish and the further you get, the more free spins you will get. Once the game has finished, your free spins will automatically start and then you get double from any winning paylines in that feature. 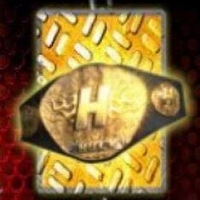 The big fight bonus takes you and the Hulk man into the ring to get as big a bonus as you can. You need to pick the moves for the big fella and from there try to defeat your opponent. The longer you last, the bigger the bonus you will receive. 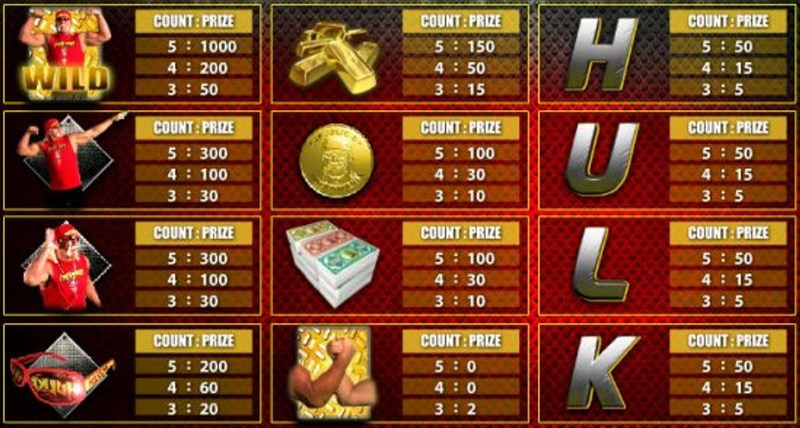 Coming into this review we first though it would be for those who were wrestling fans back in the day. These niche types of slots tend to be targeted at a pretty small audience and it’s for that reason why their shelf life can be quite small. Hulkamania is far from a slot that will just be for certain wrestling fans, however, and the inclusion of two bonus rounds plus a golden wild really adds a layer of depth that not many slots can boast about.