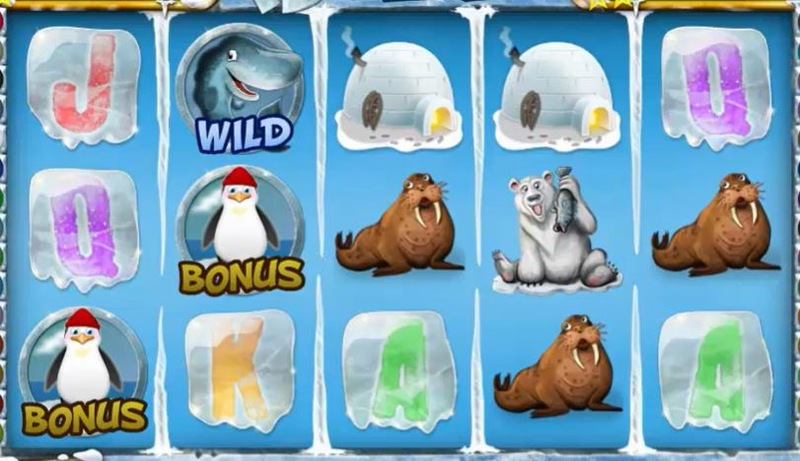 Let all the wonders of the Arctic come straight to your screen with this thoroughly entertaining progressive jackpot game from Netent. If you have a love for animals, you’ll be sure to enjoy the symbols included in this one, featuring adorable polar bears, walruses, penguins, whales and huskies. There’s also the inclusion of an igloo, complete with miniature chimney, as well as the standard A, J, K and Q symbols alongside. Every winning combination featuring an animal will set the symbol off animating itself, while background noises come in the form of, you’ve guessed it, Arctic animals.

Icy Wonders features five reels and three rows worth of symbols, which are set out on a 30 payline interface. The lines can be altered to cater to those who wish to bet on less, while the bet level can be switched between one and four. You’ll also find that the coin value is able to be altered between £0.01 and £0.50, giving all players the opportunity to place a maximum overall wager of £60 per spin. The game also has additional features to entertain throughout. 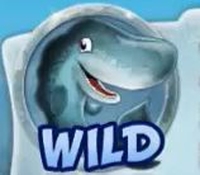 The wild symbol in Icy Wonders is represented by the smiling whale. He will substitute for all other symbols to create a winning combination on the reels. The only icons not included in this are the scatter and bonus symbols. 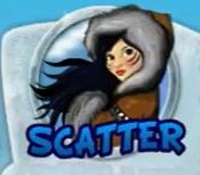 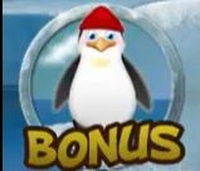 Three or more bonus symbols from the leftmost reel to right on a winning payline, represented by the woolly-hatted penguin, will trigger the game’s bonus round. This will bring up a screen full of penguins.

You simply need to click on them, forcing them to scoop a fish from the sea. If the fish is whole, you’ll receive a coin prize. If, on the other hand, it is a fish skeleton, the bonus round ends. 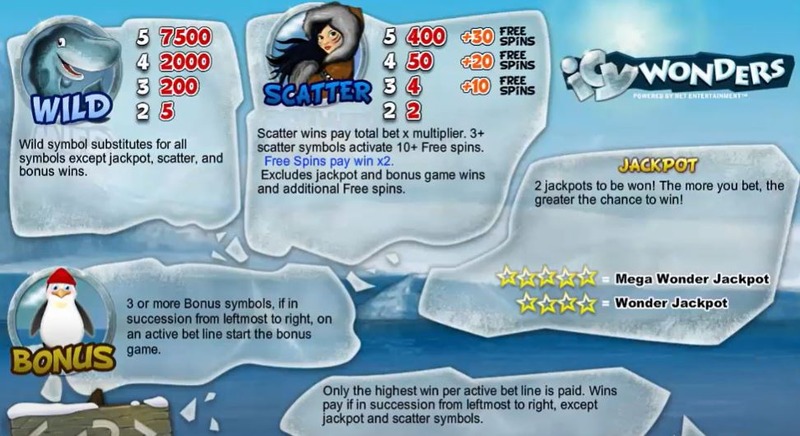 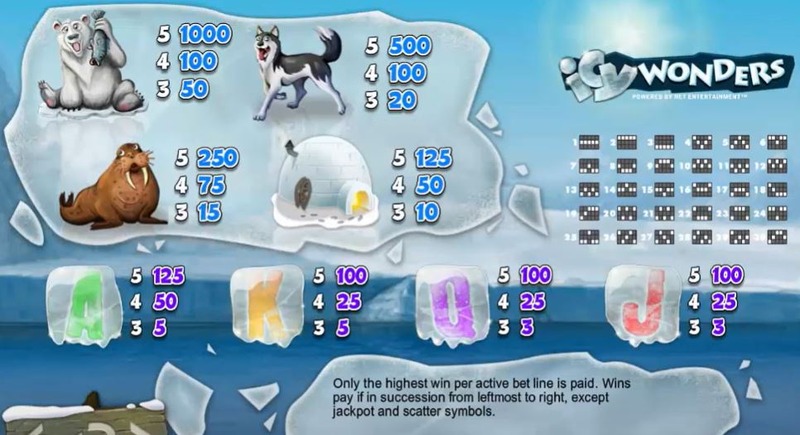 It’s hard not to love a game that features such imagery, and when it comes to Icy Wonders, the additional extras featured within make it one of our favourites on many levels.