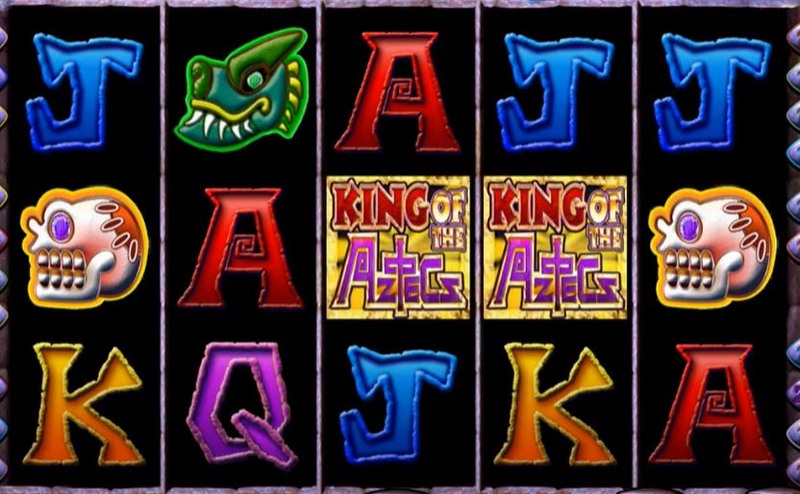 The King of Aztecs brings to life one of the oldest colonies in history and includes it into the online slots world. Rather refreshingly, it’s a theme that hasn’t been done all too often, which there are now very few of.

It’s colourful and brings a fun element to the industry in our opinion. It likely wont be up the streets of every slots player out thee, but when you hear that the maximum payout is £250,000, then it’s going to start getting heads turning.

You’ve got a classic in terms of set up here with the 5 reel, 20 payline game that is on offer being one of the best. With it you do get a wild feature, but unfortunately that’s where the features stop.

As mentioned, the random wild feature is in place to make those non-winning paylines into winning ones, and will turn the whole reel wild when it triggers, even standing in for one scatter per reel. The scatter only boosts winnings though, rather than triggering a feature.

Unfortunately that is where the special features end. We mentioned that it does include a £250,000 max win and this is undoubtedly the slots’ biggest selling point but a lack of bonus round or other features is really going to hold it back somewhat. 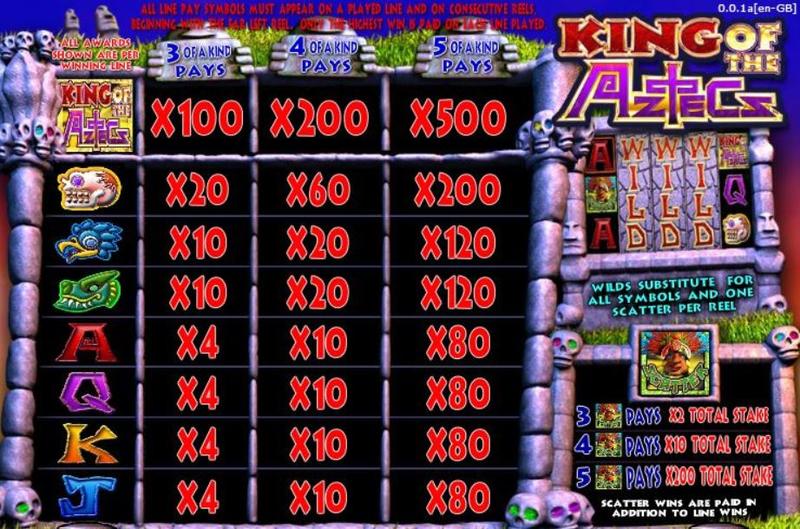 King of Aztecs had all the hallmarks of being a very cool slot to play. Graphically it looks great but without the inclusion of bonus or feature rounds, it’s hard to really compare it to other, stronger titles in its class.

The one thing that we found from the game is that it does have the platform to be successful. A lot of slots struggle with design which in turn makes users look elsewhere, but King of Aztecs doesn’t have this issue. We would hope that eventually the slot would reignite itself into a newer model, and include some of the basics for every successful slot, such as bonus rounds and features for their users.