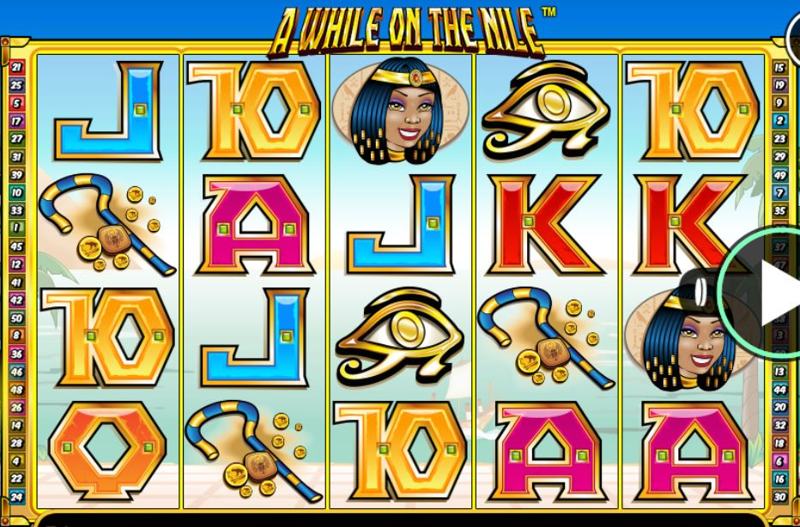 A While On The Nile is an online slot game brought to you by software provider NextGen Gaming, and as you can already tell from the name, the focus here is Egypt. Of course, it’s great that the developers came up with a title that doesn’t mention pharaohs or pyramids, but it’s still a very popular theme. The first thing players will be bound to notice is the quality of the visuals. They are pretty decent even though the graphics are obviously cartoonish, which may not appeal to everyone. In the backdrop you can see tall palm trees swaying over the mighty Nile River, but if you look further to the sides you will see columns decorated with ancient Egyptian hieroglyphics.

As for the game’s layout, it’s slightly taller than what you normally see in online slots. Namely, it features a grid of 5 reels and 4 rows. And there’s a fairly large number of 50 active paylines. These paylines, however, are fixed, so you won’t have the opportunity to regulate them, and this affects the betting range accordingly, making it rather pricey and not penny player-friendly. The minimum bet will set you back a total of 50p per single spin and the maximum possible amount you will be able to stake on these reels is only £20 per spin. So, it’s not exactly catering to high rollers either.

As is often the case with NextGen Gaming titles, this one boasts a whole array of different special features. One of them is the Scarab Bonus, and in order to trigger it you will need to land three of the Scarab Beetle symbols in any position on the reels. This will then grant you access to a pick-me game. You won’t go to a new screen or anything, you will simply have to select one of the Scarabs that you landed, then you can win a cash prize. 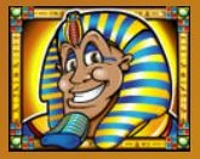 The Wild is one of the several not particularly serious looking characters in this game. It substitutes for all other symbols with the exception of the two Scatters, and in doing so can help contribute to forming winning combinations. Furthermore, you can expect to land the Wild on any of the five reels. 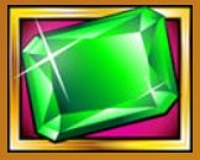 The Freespins feature is probably the more attractive of the two available bonus rounds. You can trigger it by landing 3, 4 or 5 Jewel Scatter symbols during the same spin and this will award you a humble 5 free spins. However, for the duration of the feature you get to benefit from random symbols acting as extra Wilds.

What’s more, you also have the opportunity to retrigger the feature and gain more free spins. More specifically, if you land another 3 or more Scatters you will receive 5 more free spins on top. 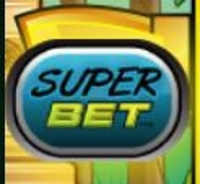 If you have played NextGen Gaming slots before, you may be familiar with the Super Bet. This is a handy built-in feature that gives you the chance to increase your winning potential yourself. Naturally, though, it comes at a price.

In this particular case you have a total of 5 Super Bet options; each one will cost you extra per spin, and in exchange it will offer a multiplier if you land a win. The lowest you can go is paying an extra 50x your bet per line, which will buy you a 2x multiplier; and the highest is 300x the bet per line for a 10x multiplier. 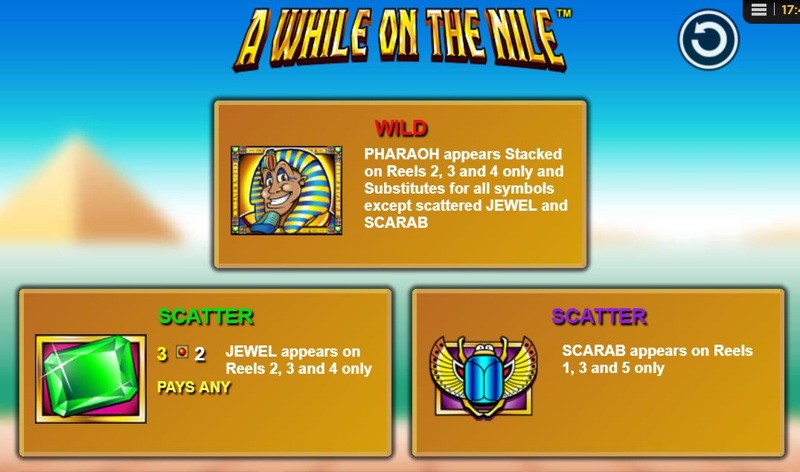 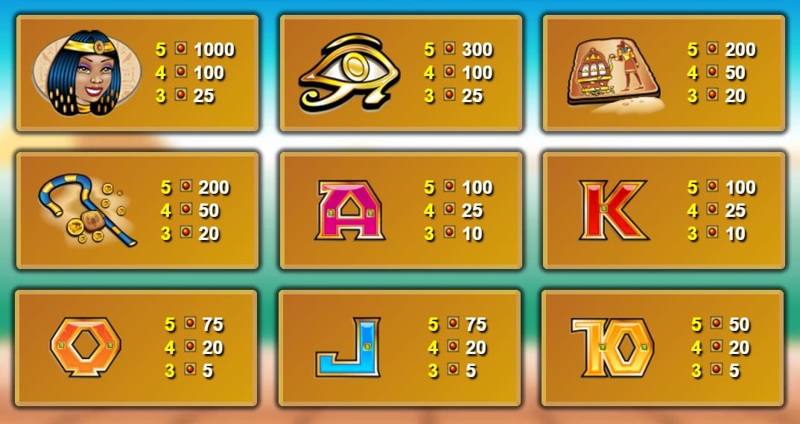 Visually, A While On The Nile clearly isn’t going for the wow factor, but as far as the setup goes, this title has plenty to entertain players, even if it isn’t the cheapest game around.