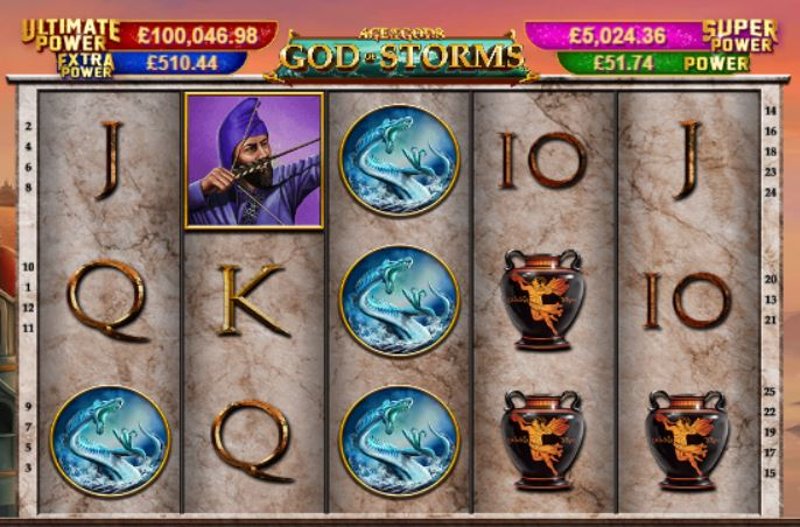 Age of the Gods: God of Storms centers on the Ancient Greek God Aeolus – keeper of the winds. This online slot game is brought to you by software manufacturer Playtech and it’s actually part of a series. However, this particular offering takes a step away from the heavenly imagery that most of the other titles boast. Instead, it’s more down to earth, and you can see plenty of man-made structures in the backdrop. These include towers, a temple and even a whole city below it all. In addition, the reels display more earthly symbols, as well. These include human characters, instead of the different members of the Greek pantheon, and alongside them are the lower value playing card symbols.

As for the game’s layout, it features just the regular 5 reels by 3 rows. These also come with a total of 25 active paylines. However, if you feel like it, you will have the opportunity to decrease the number of them in play to a lesser one. In addition, the betting range is pretty large, making it very flexible for different pocket sizes. There’s room for penny players to enjoy this title with the minimum bet being only 1p per spin, and high rollers can also partake with the maximum bet being some £500 per single spin.

Like all of the other slots in the Age of Gods series, Age of the Gods: God of Storms boasts a progressive jackpot. More precisely, it actually has four different progressives that anyone can win during gameplay. The opportunity to do so is given at random, but you can increase your chances of that happening by playing at a higher stake. Then, once the feature is triggered, you will enter a new screen from a brief pick me game. The objective will be to match three symbols and that will determine which of the 4 jackpots you win.

There is only one special symbol on these reels and that is the game’s Wild. It doesn’t offer payouts of its own and it doesn’t even appear just anywhere on the screen. As a matter of fact, the Wild will only be able to land on the three middle reels (2, 3 and 4). However, it takes up three whole positions. So, potentially, it can cover an entire reel when it lands. Furthermore, the Wild will be able to replace any of the other symbols in the game – no exceptions. And this will help boost your winnings, as it can complete winning combos.

Besides being the game’s Wild, the ship symbol will also be responsible for triggering the only special feature here – the Wild Win Respins. To activate this feature you will have to land the Wild fully on any one whole reel. This will award you respins, with each one resulting in the Wild moving one position to the left, and if you land any wins during the feature they will increase the multiplier by 1x. Just note that the multiplier cannot be higher than 5x. Then finally, once the Wild leaves the reels, you will receive one last respin. 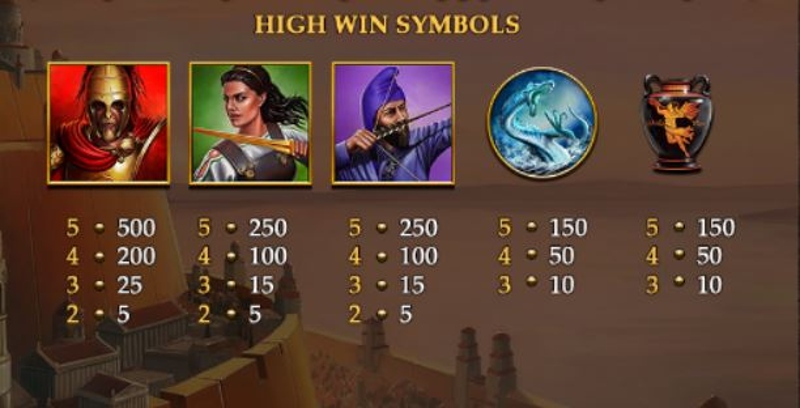 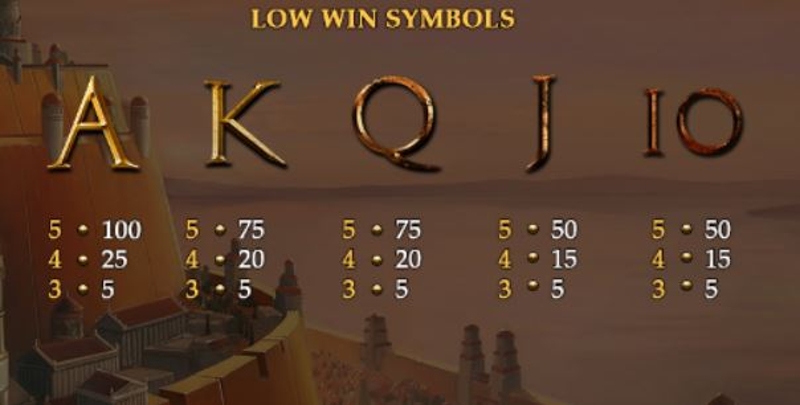 Age of the Gods: God of Storms is really quite simplistic, with just one special feature in store. But it’s medium to high variance, so the prizes can be quite lucrative, and that is especially true if you manage to hit one of the jackpots, which is what makes this series so attractive.