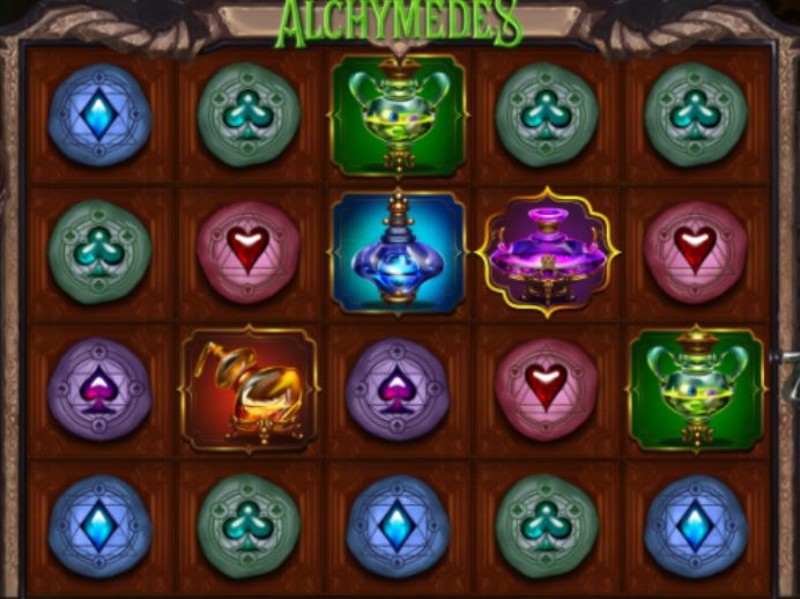 You automatically get the sense that something scientific and almost magical will be happening on the reels of this Yggdrasil slot game. Alchymedes sounds almost like the name of a wizard that deals with alchemy. You wouldn’t be far off with this estimation either, as Alchymedes appears to take you to the laboratory of a scientist, with test tubes, vials, flasks and other containers holding various-coloured liquids. Because of this, the imagery within the game stands out from the moment that you load the it up. Yggdrasil manages to always bring its games to life by integrating some impressive graphics throughout. To add to this, the developer has made sure to include an appropriate soundtrack to compliment the overall theme. On the reels you’ll get to see the symbols of the Alchymedes slot. These start with the four playing card suit images, which are designed very nicely within themselves. Following on from those, the science and magic theme takes over again, with green, blue, orange and purple containers holding various potions. The latter of these can reward you with up to 500 times your in-play stake.

The overall layout of the game is made up of five reels and four rows altogether. At the same time, Yggdrasil has taken the opportunity to include a set of 30 pay lines. These pay out both ways though, rather than just the standard left to right. While the lines aren’t customisable, the bet that you place on them is. This is done with the plus and minus buttons below the ‘Coin Value’ section. There, you can choose from amounts between £0.01 and £1, and this means that pushing the coins value up to its maximum level will result in you placing a maximum overall bet of £30 per spin. A ‘Max Bet’ button is available for you to use to reach this amount instantly, too.

Something to make note of with this slot just before we move on to the inbuilt specialities, is that you will complete levels as you play. Each line win is marked with gold and when you mark all 20 positions on the reels you will complete that level. The state of the level is saved for each bet size, so when a different bet size is selected, the corresponding level state is also applied. Once you manage to complete a level, a multiplier is added to the last win that you form. Each new level begins with a 1x multiplier which increases randomly in size during each spin you make. 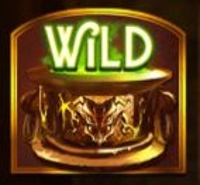 With every new level that you access, a new wild pattern will be assigned to it. Any wilds that land on the reels after a spin will spread out according to that same pattern. The wild is represented by the cauldron spewing out a strange green mist. As a wild, this one can substitute for all other icons on the reels, helping you to create one or more winning combinations. Therefore, it can be quite helpful in being able to assist you with boosting your win balance. 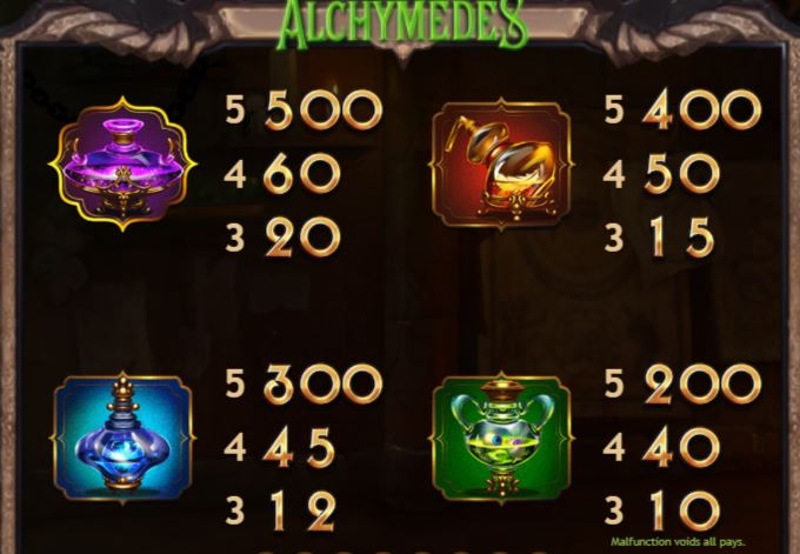 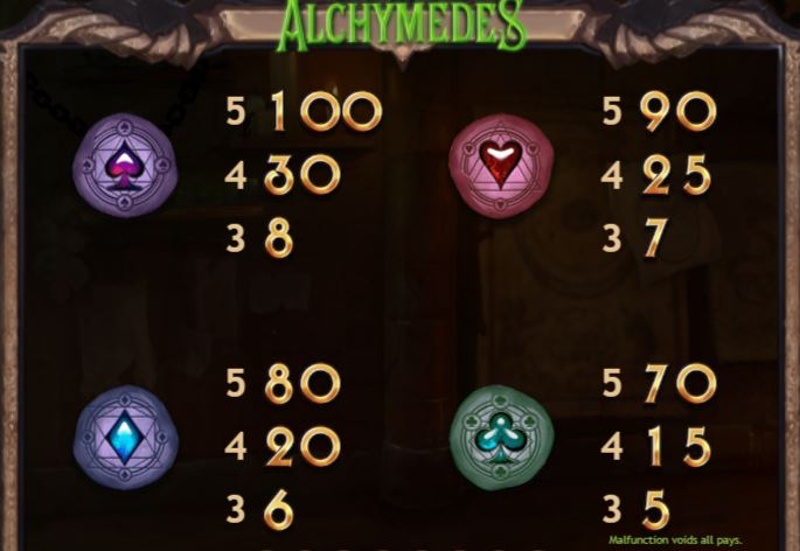 If you’ve never played an Yggdrasil game before and you start out with Alchymedes, then you’re certainly in for a real treat. The game has some great inbuilt features for you to thoroughly enjoy. Plus, with the developer’s crisp and visually stunning graphics on display, you’ll have nothing but enjoyment while spinning its reels.