The game is a 5 reel, 20-payline offering. As we mentioned, there are no less than 7 bonus rounds to choose from along with a number of wilds and free spin games as well.

The Queen feature will multiply your line bet by either 50x or 205x, depending on which Queen you get. All you need to do is pick between a heart, diamond, spade or club card and then your bonus will be revelled. Similar to the Queen, the Caterpillar feature will offer you a multiplier of between 2x to 15x your line bet on all none winnings lines.

To get the Super Mad Re-spin feature you need to get three LOGO symbols all on the first reel. Once you’ve got this, expect some fireworks. The reward can differ for each combination, but to be honest, they are all pretty similar. Once you’ve picked your teapot from the top of the screen they will either reward you with re-spins of reels 2-5, locked spins and re-spin of reel 2-5, re-spin and END, SPIN and END. Also, if you get a LOGO that appears at any time on reel 2-5 of this feature, that LOGO will remain for the duration of the feature.

The next feature is the Mad Tea Party Free Spin Feature; quite a mouthful. To get in, you’ll first need to hit three of the feature symbols on reels 1, 3 and 5. As standard, you will be awarded 6 free spins before those teapots present themselves at the top of the screen again. The teapots can offer up multipliers of 2x, 2x + pick gain or 3x that of your winnings. If you mange to pick a Super Mad Re-spin Feature wild then you get another 7 spins. 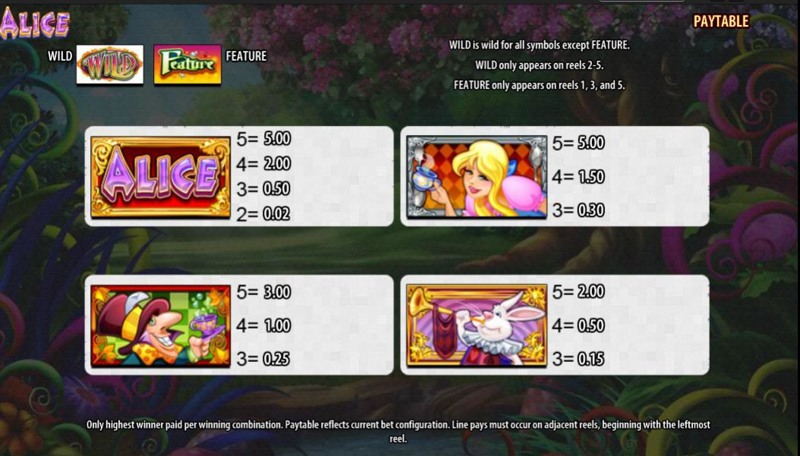 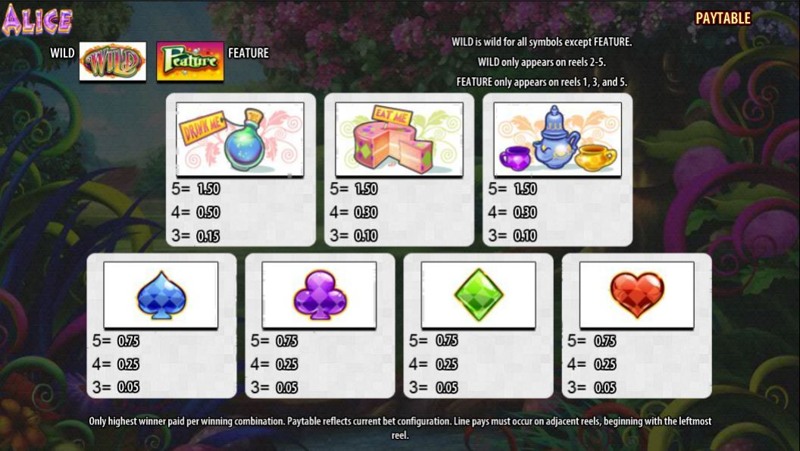