Rival Gaming is a developer that is known for its creation of slot game series. By this, we mean that several games featuring the same theme have been created that have an ongoing storyline running through them. It’s almost like a soap opera set of video slots, and As the Reels Turn is the first batch of these. There are three in this particular group, a fun little trilogy which you’ll get to watch as the action and drama unfolds.

Everything is taking place at the El Paradiso Casino, where there’s certain to be some upset, some victories, and much more. As one of Rival’s earlier slot games, it does have one or two questionable graphic choices in comparison to today’s releases, but that’s only a small gripe. On the reels, you’ll see symbols that begin with a bottle of wine and then move on to a plate of lobster, and an envelope stamped with “Confidential”. Characters from the series then come into play, with Chrissy, Matt G. and The Don all making appearances as symbols in the game.

As the Reels Turn takes place on a familiar video slot layout, which is made up of five reels and three rows, and the developer has chosen to add a set of 15 pay lines for you to bet on. You’re able to customise the number of these that remain active with the “Select Lines” button, and you can also customise your bet, first by choosing a specific coin value between 1p and £1 and then by selecting how many coins you’d like to be in play per active line between one and five. This will allow you to place a wager of up to £75 per spin altogether. 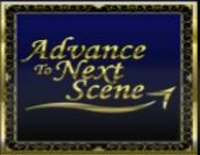 The game has quite a few different scatter symbols that can come into play anywhere. The first of these operates as the means for you to move on to the next scene of the story.

This appears as the symbol with the words “Advance to Next Scene” on it. If three or more of this one come into view anywhere on the reels, then you’ll see the game shift to the next video scene of As the Reels Turn, and afterwards you’ll start spinning again. 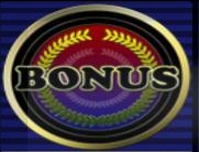 If you see the circular scatter that has the word “BONUS” written across it, then this is the one that will take you to the slot’s bonus round. It also works as a standard scatter, providing you with pay-outs from wherever it shows up.

Five of them appearing for example, will multiply your in-play stake by 50x over. It takes just three or more of them showing up on the reels to activate the bonus round of the game. The mystery bonus round can very much help to boost your win balance whenever you get to play it. 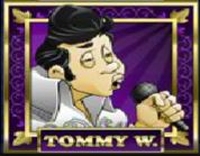 There’s another character in this series, and his name is Tommy W. Oddly enough, he’s dressed as Elvis in this slot, so it’s likely that he’s an entertainer within the El Paradiso Casino. Again, if five of this one show up anywhere your bet will be multiplied by 50x over.

It takes three or more of Tommy W. appearing to trigger the Tommy Wong Feature round, which comes in the form of an entertainment feature. You get to choose which artist you’d like him to impersonate, and if he’s a hit with the casino crowd, you get awarded higher pay-outs. 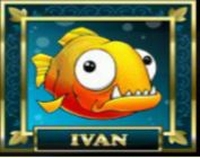 Don’t get too close to Ivan – he’s a piranha! Although if he appears on the reels in five different positions, he’ll give you a bet multiplier of 50x.

Get three or more of him in view and you’ll be on the receiving end of 10 free spins as a reward. During this round, all combinations that you form will have a triple multiplier attached to them. 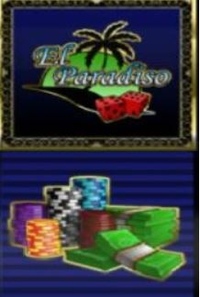 Last but not least, there are two jackpot symbols within the game, which are of the El Paradiso logo and the poker chips with stacks of money. Both of these appearing can provide you with a huge win, and even provide pay-outs from just two of their respective symbols being in view.

If you manage to spin five of one of them into view on the reels, then your wager will be multiplied by 1,000x as a reward.

As the Reels Turn is just the start of Rival’s selection of ongoing video slots with added storylines. This one perfectly sets the scene for the ongoing drama and excitement, and with the inclusion of several scatters and bonus perks, it makes for a great offering from this developer.