It’s a beautiful clear night, perfect for a bit of star gazing. But what’s that amongst the planets and stars? It’s the Rival Gaming slot known as Astral Luck. This one will bring all the powers of astrology to your screen, with the various star signs appearing on the reels as symbols. It’s quite the intriguing setup, with wonderful graphics on display throughout and some hypnotising sound effects, giving you a thoroughly entertaining slot to play.

Of course, this is just the start of what makes the Rival Gaming offering so appealing. It also has one or two enthralling inbuilt special features as well. It can be a bit of a challenge to remember what symbol means what (unless you know your star signs) but they look great. The game’s eight basic symbols are present in the shape of the signs for Aries, Gemini, Leo, Libra, Scorpio, Virgo, Cancer and Taurus. Scorpio is the highest paying of these, offering up maximum rewards of 1,000x your in-play bet.

Astral Luck takes place on an interface of five reels and three rows, which is a standard layout for a video slot. Rival Gaming has also made sure to add a set of 50 pay lines into the game. However, if you wish to, you can customise the number of these by simply using the plus and minus or “Select Lines” buttons. You’re also able to change your wager, by first of all selecting a coin value between 1p and 25p. Then, choose how many coins you’d like present on each active line between one and 10. This means that the maximum overall wager possibility stands at £125 per spin.

The star sign of Aquarius operates as Astral Luck’s wild symbol. This one can appear on reels one, three and five only, but as a wild it can substitute for all other standard symbols in the game. Therefore, it makes things much easier when it comes to creating winning combinations.

Furthermore, the wild symbol will also expand to fill the entirety of the reel that it is appearing on. This occurs whenever it is possible for it to form new wins, which is a great extra perk to incorporate. 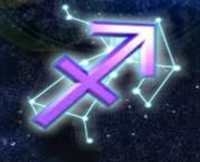 You’ve also got the possibility of winning a huge jackpot pay-out from Astral Luck. You’ll need to be on the lookout for the star sign of Sagittarius for this.

It appears as a scatter addition in the game, with two or more of them offering up a pay-out. If you manage to spin five of them into view anywhere, then your wager will receive a multiplier of 7,500x. 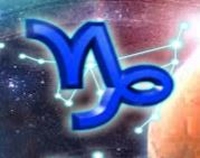 If you’re more of a fan of free spins, then you’ll have to wait for the arrival of the Capricorn star sign. This one needs to appear in three or more positions on the reels to trigger the free spins function. 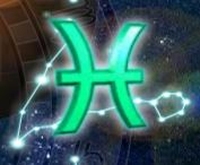 Last but not least, it’s the responsibility of the Pisces star sign symbol to activate the bonus round in Astral Luck. If three or more of this bonus symbol come into view anywhere on the reels then the bonus function starts.

You’re presented with a set of astral rings, and you need to spin them to win coins from the bonus feature. Coins won are determined by which two symbols stop at the top of the rings.

Astral Luck certainly has a lot going for it. There aren’t many – if any – online slot games that include astrological star signs into their reels as a theme, but it really does work with this Rival Gaming offering. Plus, with the inclusion of a free spins round, an expanding wild, the possibility of winning a jackpot pay-out and a bonus feature to play through, there’s little wonder that this game stands out as one of the developer’s best.