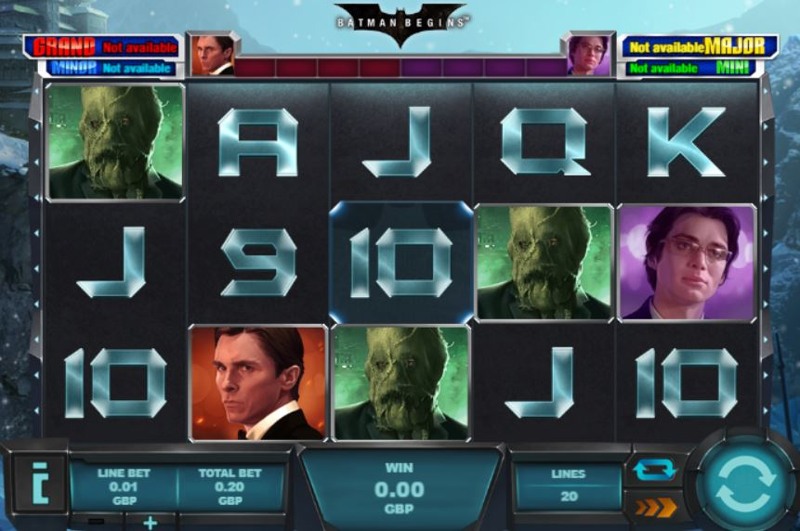 Few online slot games are as epic as Batman Begins by software manufacturer Playtech. Obviously based on the movie of the same name, this offering boasts some pretty outstanding visuals. The graphics are truly of superb quality, and many of the symbols on the reels actually feature the characters as seen in the movie. They include Bruce Wayne, as well as his alter ego Batman, Scarecrow, Commissioner Gordon and Ra’s al Ghul. The other symbols here are the stylish lower value playing card icons. In addition, note the ambient soundtrack playing in the background. It helps complete the whole gaming experience, so we’d advise you to play with the sound on. Note also the animated snowy backdrop, which further works towards creating a very wholesome and compelling atmosphere.

This brings us to the game’s layout, which is pretty conventional. It features a grid of 5 reels and 3 rows which is basically the industry standard at this point. It comes with a total of 20 active paylines, however, keep in mind that the paylines are fixed, so there will be no possibility to regulate them. Therefore, the betting range here also starts at a minimum amount of 20p per single spin, and the maximum amount you will be able to wager will set you back a total of £200 per spin.

There is a unique structure to Batman Begins in that it takes place across five different stages. Each stage is in a different location, the first one being in The Temple. To enter the other stages you will have to fill the respective meters that are located right above the reels, and to do that, you will have to land their respective character symbols in the hotspot which is in the middle of reel 3. Each time you land a symbol there, it will contribute to filling one of the meters. From The Temple you can access the Wayne Manor stage or The Batcave stage, and the two remaining stages are the Arkham Asylum and The Monorail.

Batman Begins is part of the DC Super Heroes Jackpot series., and as such, it offers players the opportunity to win one of the four progressive jackpots in store. You can trigger the pick-me game leading to this opportunity at random, and then you will have the chance to win the Mini, Minor, Major or Grand Jackpot. 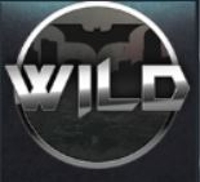 There are three different Wilds in Batman Begins. There’s the regular Wild, the Expanding Wild and the special Wild. All of these can substitute for the regular symbols in the game and help boost your winnings. However, the Special Wild is unique to each one of the different stages we mentioned above: 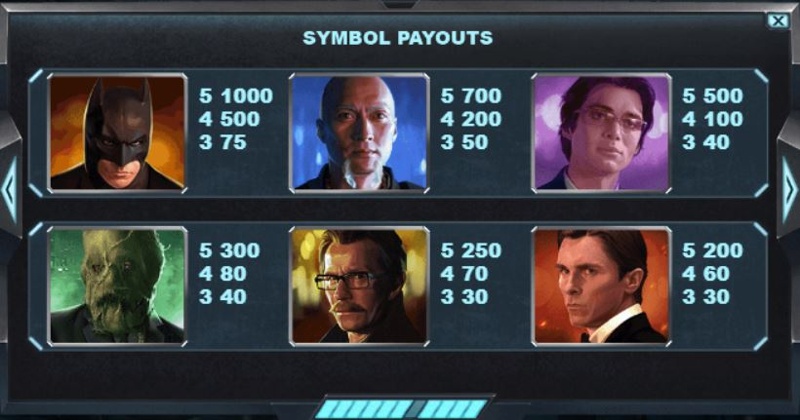 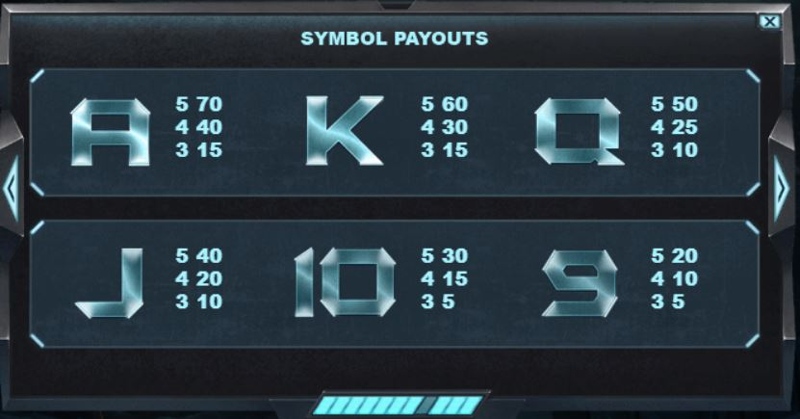 Clearly, the action in Batman Begins revolves around the many different Wild symbols, and while it may sound a little complicated it really isn’t. As soon as you start spinning the reels the whole setup will instantly start making sense. And it’s a refreshing take on gameplay that we really enjoyed.