Battle of the Gods is an online slot game brought to you by software developer Playtech. It has a very heavy, dark vibe about it which is only fitting because, after all, these are battling God’s we’re talking about here. If you’ve ever read anything about Greek mythology, you will know that things can get pretty ugly between these guys. Anyway, some of the main characters on the reels include Zeus (of course), Athena, Gaea and Apollo. There’s a very dramatic soundtrack playing in the background as well to further enhance the brooding atmosphere. As for the graphics, these are of great quality.

As for the technical aspects, let’s first have a look at the game’s layout. It boasts 5 reels and 3 rows, and these come with a total of 25 paylines. The paylines are not fixed, however, so players can always play with a lesser number of active paylines if they so choose. This will also affect the betting range. Speaking of which, it’s actually very flexible. The minimum bet is only 1p per single spin and it spans to reach a maximum of a whopping £1,250 per spin. Plus, there’s also a very hefty jackpot of 10,000 coins just waiting to be won.

There is a really cool little feature that can make for a great way to land an extra cash prize. It is known as the X-Feature and it will require you to land God symbols in the shape of an X. Hence, they will take up a chequered formation across three adjacent reels. This will award you a prize equal to 5x your total stake. Note that this feature can only take place during the base game. 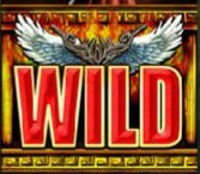 The Wild is certainly a symbol you will want to look out for. It can land in any position, anywhere on the five reels, but it also happens to be the most lucrative symbol in the game. With its help you can potentially score that very attractive jackpot we mentioned earlier. However, on top of all that the most important thing about this symbol is of course the fact that it will be able to substitute for all of the rest. Hence, it can help complete winning combos. There is one symbol that it will not have the capacity to substitute for and that is the game’s Scatter. 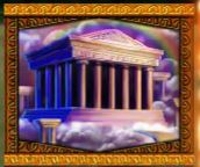 Just like the Wild, the Scatter symbol can land on any of the five reels during gameplay. While it’s not as rewarding in terms of its payouts, you will still want to keep your eyes open for it. The Scatter will be your key to triggering one of this game’s two Freespins Feature. For this to happen, though, you will have to land at least 3 Scatters at the same time.

Theoretically then you can keep on switching back and forth from mode to mode ad infinitum. 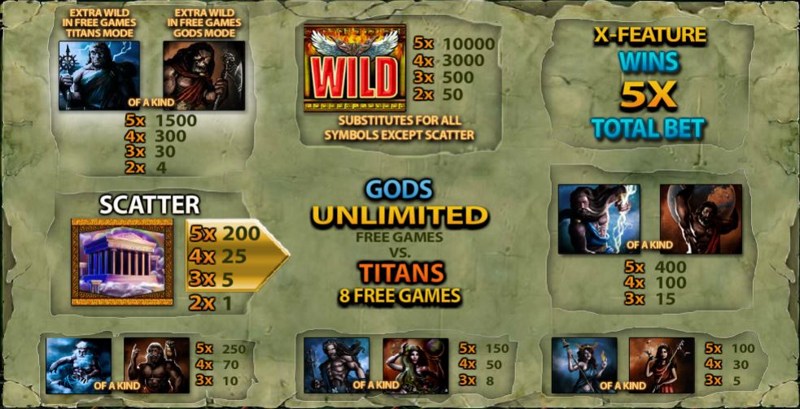 Battle of Gods is a really cool title with a very exciting bonus round. However, it’s a low to medium variance game, so don’t expect sky-high wins from it.