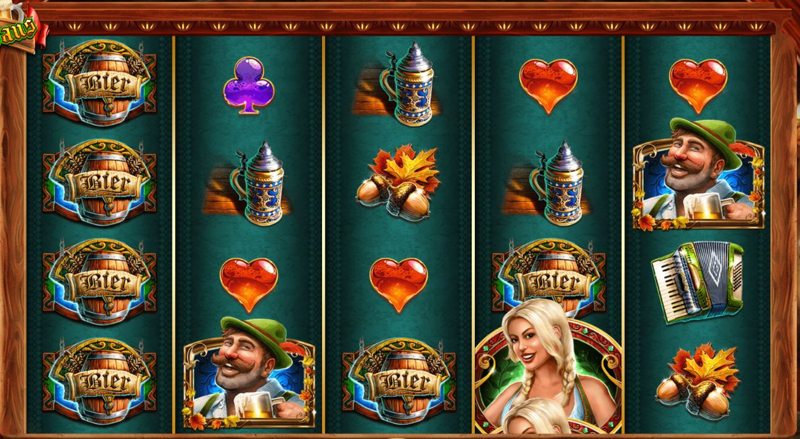 Bier Haus is a classic German slot that takes you back to colonial Germany. The game includes a number of interesting and appropriate icons such as kegs of beer and women wearing rather skimpy outfits. It’s design isn’t the best though, especially when you are trying to expand it to fit bigger screens, although having said that we found the gameplay to be rather charming, and if you are into your beer then this slot should hit the spot.

Arguably one of the more interesting features, for us at least, was the inclusion of a 40-payline game. These game types are few and far between, but they often provide a much higher return to player percentage than most, but are generally lacking with the top end pay-outs. With this you still get a few features such as a wilds and a free spins game.

The wild feature is the three pints of beer that you need to keep an eye out for. As ever, these will sub in when needed to make additional winning pay lines for you. Interestingly, the wild features will hold when you are in the free spins game, which we will discuss below. 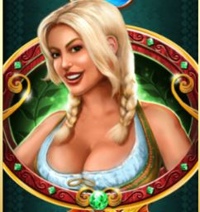 The free spins game is triggered by getting 5 or more of the feature or gold feature symbols. You’ll get an initial 5 free spins, but for every feature card you get over the total of 5, an additional 5 spins will be offered up to a maximum of 80. Also, once the free spins round starts, each gold card that is on offer will be locked and turned into a wild, adding even more chances to win from this section. 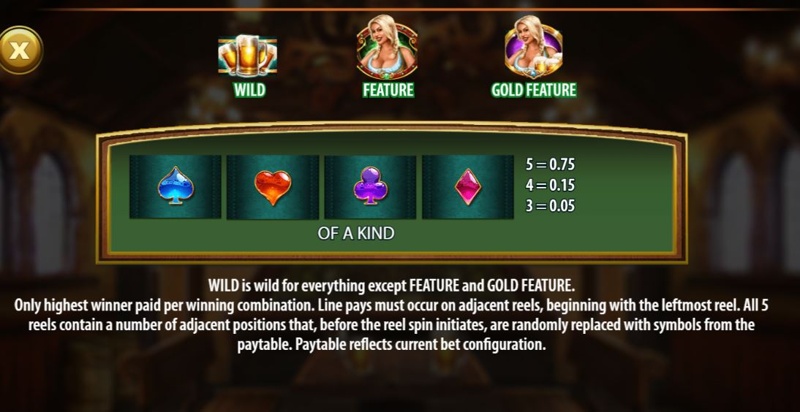 What you’ll find from Bier Haus is a pretty simple slot with not an awful lot going for it. Usually the feature or bonus rounds are what makes a slot standout, but these were generally pretty underwhelming. The section of the slot that we found most intriguing was their massive 40-payline inclusion. There are few slots that include this many pay lines, so its always nice to play on something that little bit different.