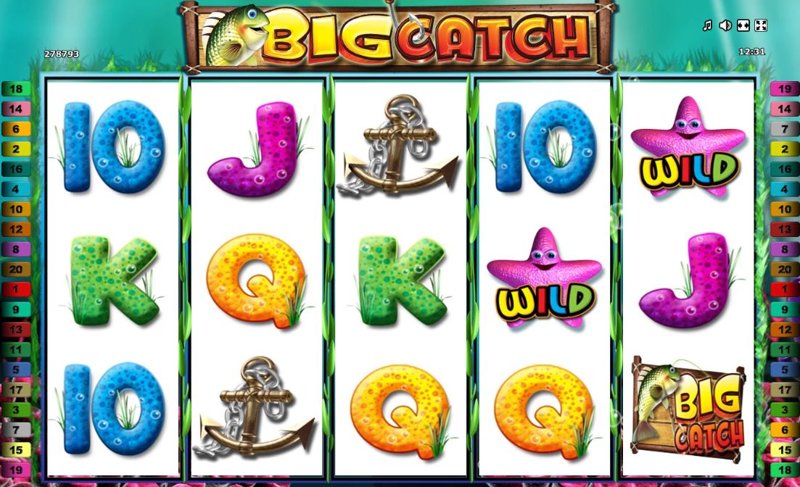 Big Catch is one the latest additions to the WMS network, and as you might have already guessed, it has a fishing theme. As soon as you open up the slot you’ll see that if you aren’t into your marine life, then this may not be the slot for you. If you are, however, then it could be a winner. The graphics are great if a little simple, but you get rewarded for different sizes of fish and catches, which is something a lot of anglers out there will appreciate.

The game is a 20-payline alternative, with 5 reels. But, you can play for £20 a line, meaning that the max spin is a whopping £400. The game also includes a number of feature rounds, free spins and wild symbols to keep you entertained.

Before diving into the feature game (no pun intended) we wanted to make you aware that the most lucrative part of the game is actually the ‘Big Catch’ icon in regular play. You need to get three of these symbols on all five reels to get a whopping payout of 200,000 coins. Now, granted this is unlikely, but it’s a great initiative from the Big Catch slot. 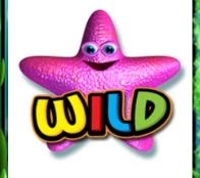 The wild symbol is a friendly starfish with ‘wild’ splattered all over it. It’s easy to spot and will substitute itself to make a winning pay line for you. It will literally convert for any symbol, including features, which is an unusual, but pleasing addition.

The feature game of the slot is the Go Fishing bonus. The bonus actually turns up randomly, and when it does each reel will fill with water. You then get to choose which reel to go fishing in before your line is lowered and you come out with a fish. Obviously, the fish will range in value from 400 coins for a Tiddler to 10,000 coins for a Very Big Catch. Once you’ve found the old wellington boot, the game will be over and your winnings added to your account. 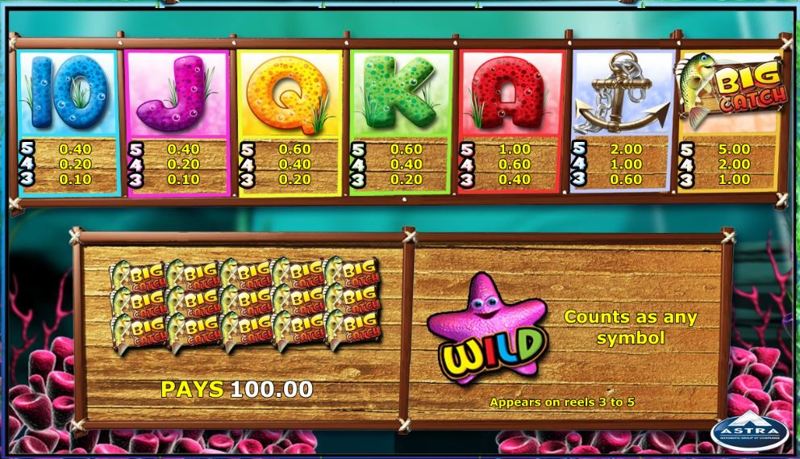 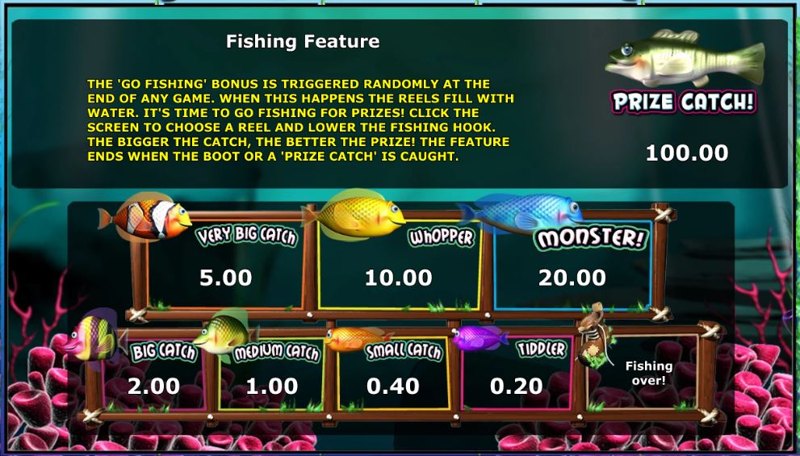 Big catch is a game that is great fun, it’s been an absolute blast to play. The regularity with which you get to play the bonus game is something that is pretty unique to this slot, and we loved the fact that you could play from as little as 5p a spin, right up to £400 a spin, meaning that it will be open to a number of players.