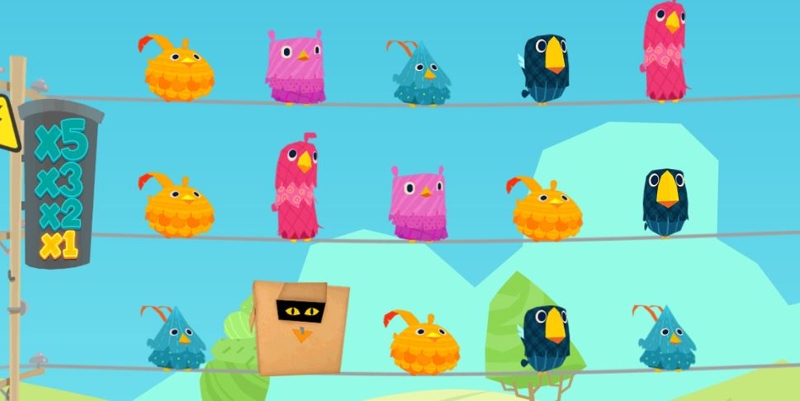 Birds on a Wire is a hilarious online slot game that proves there’s still room for innovation in the world of online gaming. This title is brought to you by software manufacturer Thunderkick and it boasts great quality cartoon graphics and a real one-of-a-kind theme. The name itself is actually very literal. Indeed, the symbols here are birds – on wires. First of all, the birds themselves look really quirky, and secondly, since they’re perched not just on any old wires but electrical wires, those that happen to form winning combinations will sadly be electrocuted (try not to laugh, we dare you). They will quite literally just burn in front of your eyes, all accompanied by a very chilled and laid back soundtrack.

As for the layout in Birds on a Wire, there is hardly anything unusual about it. It comes with a grid of 5 reels and 3 rows and there is a somewhat odd number of 17 active paylines. These paylines are fixed, so you won’t have much room for adjustment, but luckily the stakes in this offering are within the standard betting range for Thunderstruck. The minimum bet is a total of only 10p per spin and the maximum wager amount will set you back a total of £100 per single spin.

The beauty of Birds on a Wire is the way you form winning combinations and how those winning combos can lead to new ones in the same spin. Once you have scorched your handful of birds, they will shrivel up and news ones will fly in to take their place – not too quick on the uptake these birds. This mean you can gain multiple wins from one spin, but in addition to that, each consecutive win will boost the multiplier meter beside the reels. The more consecutive wins you get, the higher the multiplier for the next win will be. In fact, in the base game it can be as high as 5x. 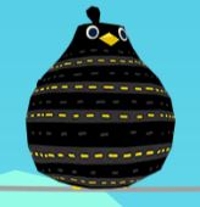 Look out for the fattest bird on the reels – not that you will be able to miss it – as this is the game’s Wild and as such it’ll have the capability to substitute for any of the other symbols. Hence, it can help form winning combos and increase your winning potential. Note that this is also the most lucrative symbol of all, and naturally, it will only not be able to replace the game’s Scatter icon. 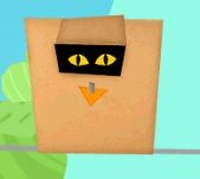 In order to trigger the Free spins Feature you will have to land at least 3 Scatter symbols anywhere on the reels. At that point the cat will come out and attack the birds, forcing them to flee, and as a result they will bring you to a brand new set of reels where the free spins will commence. Initially you will benefit from 10 free spins for the 3 Scatters, but if you land more then each additional Scatter symbol will award you an extra 2 free spins. All in all, you can gain a total of 34 free spins.

Another point worthy of mentioning is that during this bonus round you will get to enjoy bigger multipliers. Instead of the meter that went from 1x to 5x in the base game, the one here will award multipliers from 4x to 20x.

Another great feature that Birds on a Wire boasts is the Inwinity Spin. It ensures that you don’t leave the free spins round empty handed. As soon as you have finished playing all of your free spins the Inwinity Spin will begin, and it will basically give you an unlimited number of free spins until you land a win.

Birds on a Wire is a very fun medium to high variance offering that delivers on every level. The graphics and sound effects are high class, which is to be expected from this developer, and the features are both entertaining as well as very rewarding.