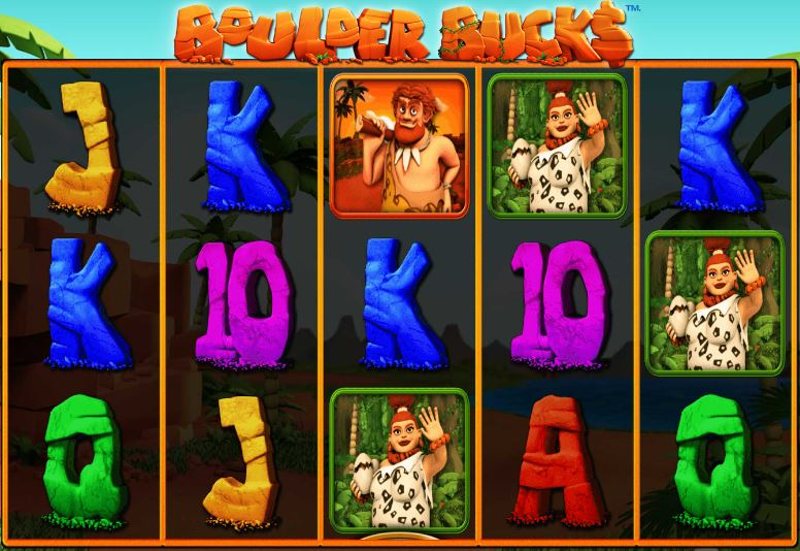 Boulder Bucks is an online slot game that will transport players back into the Stone Age. This Flinstones-style offering is brought to you by prominent software developer Barcrest and it’s a whole load of fun. First of all, you will notice the great quality of the graphics. They are 3D and boast numerous animated features that make gameplay that much more entertaining. You will find yourself in a land before time, with tall palm trees surrounding the reels and erupting volcanoes visible in the distance. Occasionally, you will see one of the cavemen come by the reels and bite his nails in anticipation of that last Bonus symbol, and you will also get to see his wife on the reels, as well as their lovely pet dinosaur (sound familiar?)

As for the layout, it features the common grid of 5 reels and 3 rows. There are only 10 paylines for you to bet on and these are fixed. However, stakes are well within reason in Boulder Bucks, so never fear. In fact, the minimum bet will set you back just 10p per single spin, and the maximum possible wager amount makes for a total of £500 per spin. So, it’s obviously a betting range suitable for every budget.

As well as the features below there is the Big Bet Mode, which is a classic Barcrest feature specifically targeting high rollers. In this case it allows players to purchase 5 consecutive spins for either £20 or £30. Both options will increase the likelihood of triggering the Egg Hunt Pick Me Feature. In addition, they will also improve the RTP. 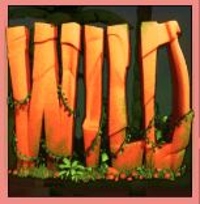 The Wild symbol can only appear on the middle reels 2, 3 and 4, both during the base game, as well as during free spins. However, in the free spins feature you will also benefit from additional extras that come with the Wild. But more on that shortly. What’s important is that the Wild will replace any of the other symbols and help complete winning combos for you, with the only exceptions being the Bonus and Scatter symbols. 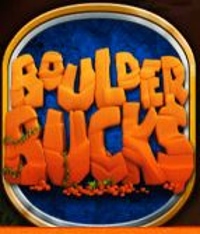 This is the main attraction of this online slot, as is normally the case, and what makes it special is that there are actually three different free spins bonuses to choose from. To access them, however, you will first need to land at least 3 of the Bonus symbols anywhere on the reels during a spin.

First is the Mammoth Spins feature, offering 20 free spins. On top of that the Wild on reels 2, 3 and 4 will become an Expanding Wild covering the entire reels it lands on. Then there’s the Pterodactyl Spins feature, which will reward you with a total of 10 free spins. During this round, the Wild symbol will expand horizontally to the left, and in doing so will turn all symbols in its way into Wilds. Finally we have the Sabre-Toothed Tiger Spins, which will grant you only 6 free spins, but throughout their duration you will have Expanding Wilds that also act as Sticky Wilds. 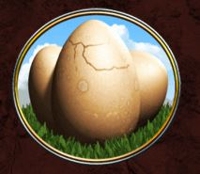 Among the number of other special features that Boulder Bucks boasts, it has a fairly attractive pick-me game. The name of it is the Egg Hunt Pick Me Feature, and you can trigger it with the help of the Scatter symbols. These will only land on reels 2, 3 and 4, and you will need to land all three of these simultaneously during the same spin. This will trigger the pick-me feature which will reward you with a multiplier. 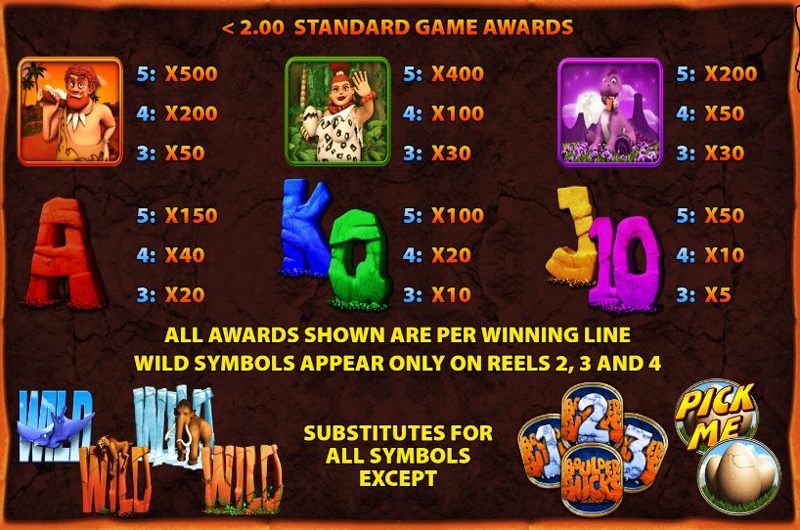 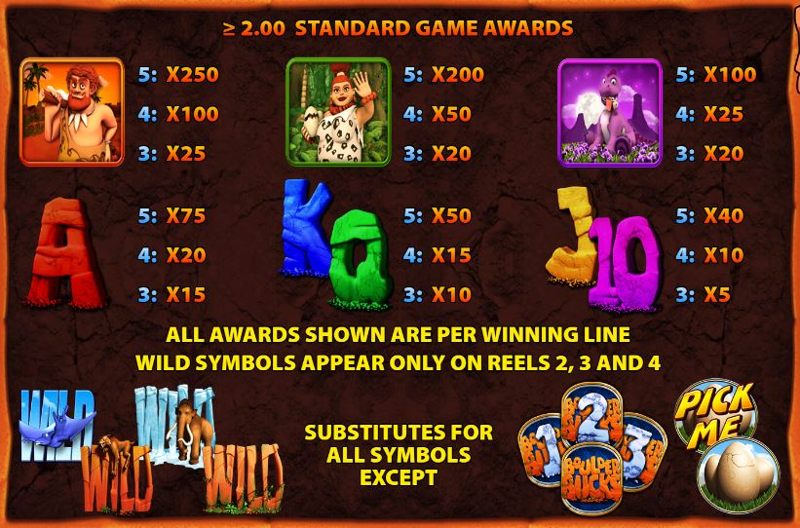 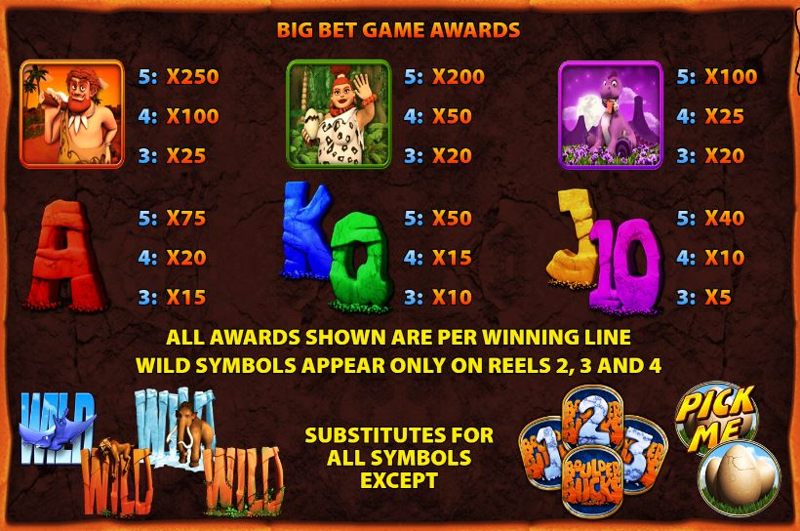 Boulder Bucks offers decent and balanced gameplay thank to its medium variance, but in addition to that the fun factor is amplified by the superb visuals and the entertaining theme.