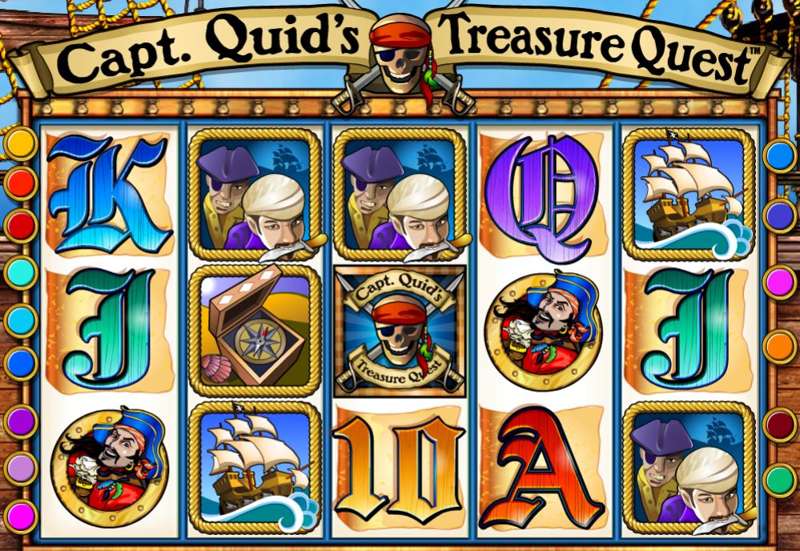 You wouldn’t be wrong in thinking that Captain Quid Treasure treads a very similar theme to that of Pirates of the Caribbean. This pirate themed slot is one of a long list of pirate slots, but Captain Quid Treasure is easily one of the best. Everything from the graphics to the sounds make this slot seem far more playable than the majority of its swashbuckling competitors. The addition of being able to win 50,000 from just one spin is also something that a lot of online slots can only dream of.

The slot gives you a 5 reel, 15-payline game and one that has a good return to player percentage of 95.04%. The game also includes scatters, wilds and a bonus feature.

The game starts off with its bonus feature, which is basically the starting point of the free spins round. You’ll need to pick up three or more the Treasure Quest Bonus symbols in order to get into this section of the slot. You will begin with 2 free spins and a 1x multiplier. Its your job to then pick from the remaining treasure chests to find additional free spins and also a higher multiplier number. Once you have completed the game the remaining unopened boxes will reveal themselves to show what you could have had instead. 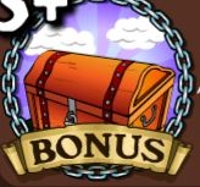 After completing the treasure chest section mentioned above you’ll go the free spins game and play out your free spins. All winnings made from this section will be multiplied by the number that you got in the last round, before being added to your account. 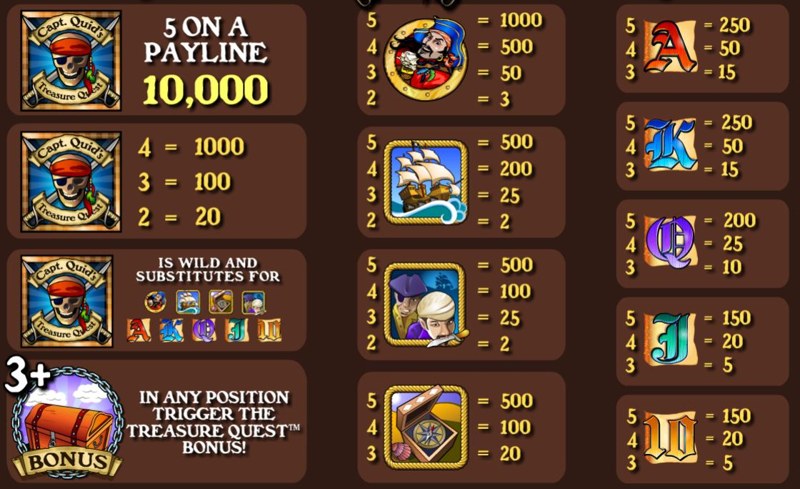 The Captain Quid Treasure slot is an exciting inclusion from IGT; it’s not the first game that they have brought out with this theme, but it’s probably their best. It’s interesting that there is indeed a fully licensed Pirates of the Caribbean slot available, but this actually seems to offer just as many features, but for a lower price bracket.

The game seems to have a decent amount of longevity and at no point did we ever find it a chore to play. We liked the fact the bonus feature and free spins were integrated, but this does kind of take away from having two features, as this is just one extended one really. Overall though, a really solid effort from Captain Quid Treasure.