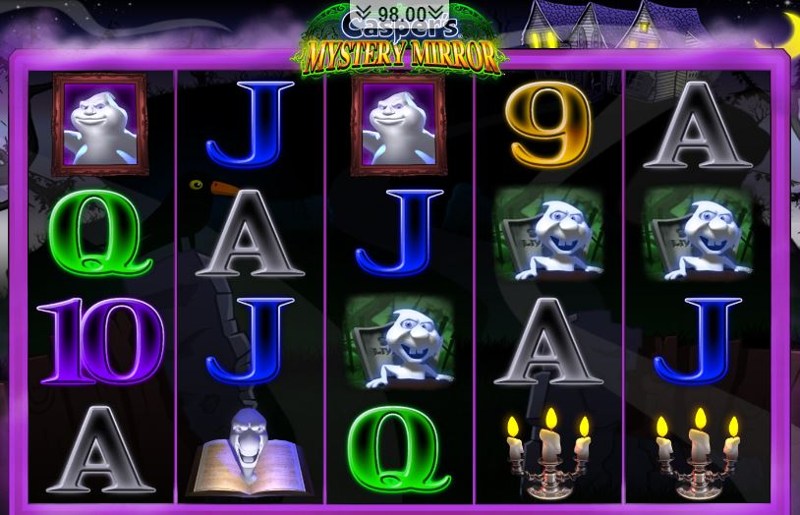 Casper is the world’s friendliest ghost and in this slot he will be doing all he can to try and win you a handsome amount of cash. The game is obviously about Casper, but it’s what he gets up to that we are really interested in. He has to fit with uncles constantly throughout the game and it really is a slot where you feel it’s trying to tell you a story (as tough as this might sound).

You get a 5 reel, 40-payline game which just so happens to be our favourite set up due to the increased number of paylines when compared to ‘standard’ slots. On top of that you will be able chase wilds, play bonus rounds and also play free spins in your quest to earn some money. 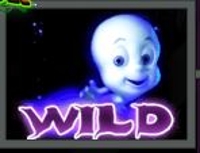 The wild symbol is designed to give you a helping hand, predominantly in the main game. It will substitute itself in where it feels it can and then provide you with multiple winning lines. It’s also worth noting that these wilds can become stacked in the free spins section, which we talk about in just a second. 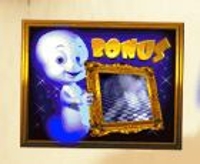 The free spins section will only be triggered when you pick up 3 of the Casper bonus symbols on reels 2,3 or 4, only. The game will then automatically set you away with 5 free spins along with a 1x multiplier, which can be increased as you work your way through your spins. It’s also worth noting that the free spins can be re-triggered, but are capped at 255 per round; although if you get anywhere near this number you’re certainly going to be rolling in the money so you won’t mind.

The best addition to this round is the Mystery Mirror, and when these appear they will spin and show up with icons in them that will often lead to big winnings. If you get multiple ones then they will multiply making your winnings even more lucrative. 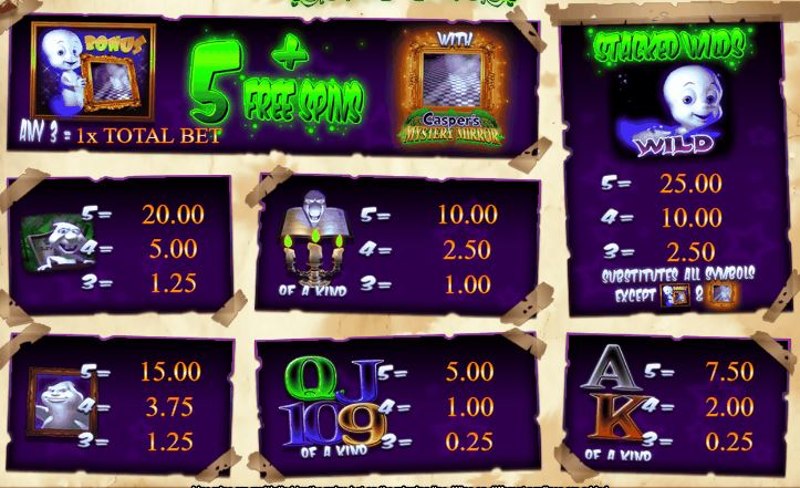 A branded game, which Casper technically is, should always really try to push above and beyond your standard slot. We feel that Casper just makes the grade in this sense. Don’t get us wrong, it’s a great slot on its own, but when you come up against opposition in the branded marketplace such as Marvel and Disney, it’s going to take a lot really push these titles off their perch, and Casper doesn’t quite hit those heights.