A game with the title of Chariots of Fire can only mean one thing, right? Ancient Rome. That’s precisely what Rival Gaming brings to the table with this online slot game. This is one of the brand’s more recent releases, so it is imbued with some intriguing graphics throughout, so it’s a thoroughly visually appealing online slot game.

The symbols that appear upon the Chariots of Fire slot game’s reels start out with standard playing card additions. These run through from 9, 10 and J to Q, K and A. The last of these can multiply your bet by up to 120x over. There’s also a symbol of a Roman shield next in line, then there’s one of a helmet and another of a crossbow. The white horse is also present as a symbol, while a beautiful Roman woman provides the highest paying symbol – it is able to offer up maximum rewards of 600x your stake, with only the emperor symbol offering more at 800x.

Keeping things the norm, Rival Gaming has created this slot on a five-reel, three-row interface. At the same time, the developer has introduced a selection of 25 pay lines, but you can customise the active number of these by using the “Select Lines” button.

The Chariots of Fire online slot also provides you with coin values between 1p and 25p to choose from, then, simply select up to 10 of these coins to be in action per line, and you’ll be able to place a maximum wager of £62.50 per spin in the slot. 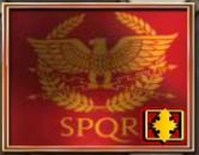 A flag blowing in the breeze with an eagle and the letters “SPQR” written on it is the one that represents this game’s wild symbol. Wilds are only able to appear on the first, third and fifth reels of Chariots of Fire, but when they do they will substitute for all of the basic symbols already mentioned.

What’s more, if there are additional winning combinations to form then the wild will expand to cover the entire column that it is on prior to wins being paid out. 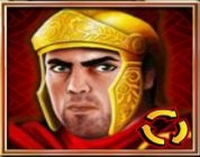 Make sure that you keep your eyes peeled for the arrival of the Roman warrior, because he will be able to grant you access to free spins. In the Chariots of Fire slot game, you’ll need to spin three or more of this symbol into view anywhere in order to achieve this.

A total of eight free spins will be given to you to play through, and during the feature round all wins that you form will receive a double multiplier, too. One other perk of this round is that the entire middle reel of the game will remain as a wild one throughout. 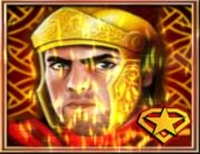 While the free spins are in motion, should three or more of the Roman warrior symbol appear again, you’ll start the Roman Victory perk. This grants you a total of two Victory Spins with a double multiplier still being active throughout it.

Once this feature activates, the first and third reels become totally wild for the duration of it.

Ancient Rome may have been included as a theme in multiple different online slots, but the Chariots of Fire slot game takes it in a new direction. The inclusion of both a free spins and a super spins round make it even more appealing, while the expanding wild builds on those features, too. Overall, it’s a great addition to the collection of games from Rival, and we thoroughly recommend it to any avid gamer.