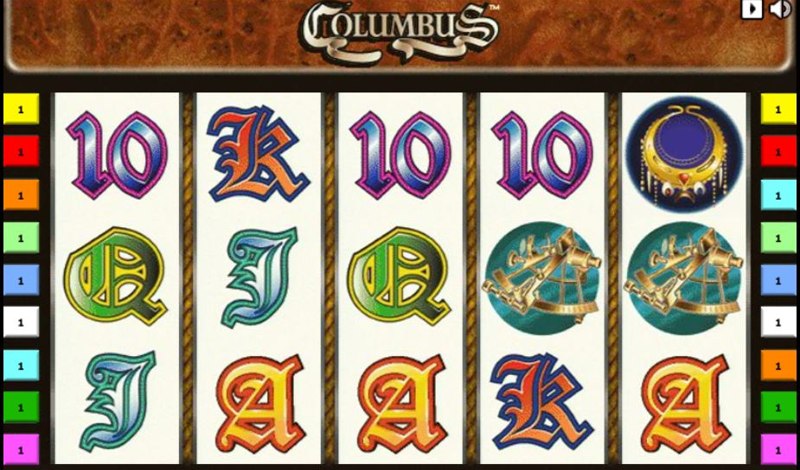 Columbus is all about exploration with the great Christopher Columbus. You need to join Columbus on his travels around the world, but instead of looking for new habitats, you’re instead looking for that elusive box of treasure. In terms of the theme it’s pretty original, and to the best of our knowledge it’s the only Columbus themed slot that’s on the market at the minute. The design is also very good, with an emphasis on providing a clean gaming environment.

You get a 5 reel, 10-payline game with Columbus, which isn’t the most inviting, we will admit. You also get a bonus round, but to be honest, features are few and far between aside from that. 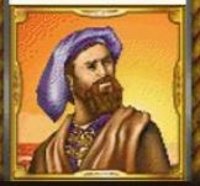 The picture of Columbus himself is your wild throughout the game and this will substitute itself in to make up winning paylines. The icon is also the most profitable on its own and for 5 in a row you will receive up to 500 coins. 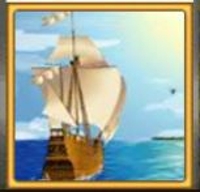 The free spins round can be accessed by picking up three of the ain ships on reels 1, 3 or 5. Once you’re in, you’ll get an initial 10 free spins and then the possibility of creating more as the re-trigger feature comes into play.

The Columbus game isn’t the most exciting, we will have to admit, the theme initially doesn’t get the juices flowing, but once you’re in the game things do pick up, albeit just a little. The game is lacking any depth to it really, even though there is an inclusion of both free spins and wilds to contend with. It’s highly likely that the majority will be able to find a more interesting alternative to the Columbus game, unless you’re randomly an avid fan that is, and then this game will be ideal.