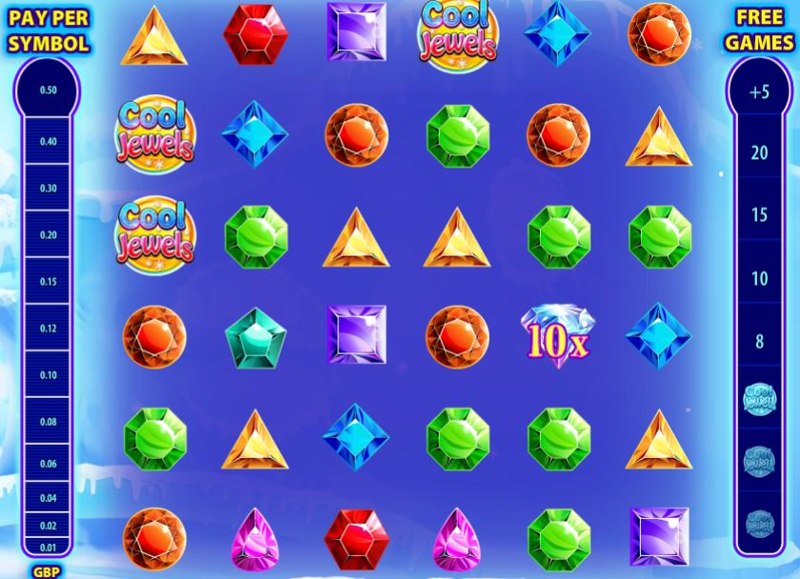 Cool Jewels is pretty much as descriptive a game title as you will ever find. It’s about jewels, and they are quite literally cool because they’re in some winter wonderland surrounded by ice and snow. So, there you have it. Visually, this is an unusual online slot game as it doesn’t really strike you as one at all. It feels more like something in the realm of Candy Crush due to its fairly large grid. On top of that, the way winning combos are formed is also reminiscent of those types of games, but more on that in just a minute. The graphics are pretty nice, and we like how the different colored jewels pop against the icy backdrop.  There’s a pleasant soundtrack for you to enjoy, as well.

Now, onto the game’s layout; it features a square grid with 6 reels and 6 rows. It’s certainly not your usual setup, and the fact that there are no paylines only highlights that. Instead, to get wins you will need to land clusters of 4 or more matching symbols that touch either vertically or horizontally, and once you have that winning combination, the symbols forming it will disappear. Their place will be taken by new symbols which makes for new winning opportunities on that same spin. With this in mind, though, you will find that stakes are on the steeper side. They start at a minimum bet of 50p per single spin and reach a maximum of £200 per spin.

The Wilds play a really special role in Cool Jewels. As a matter of fact, you will see that there are a total of 4 different Wilds. However, they don’t quite act as you might expect. First of all, these different Wilds are made up of the Blasting, Shocking, Exploding and Persistent Wilds; and each of these acts in a different way. The Blasting Wild, for example, will destroy all symbols horizontally and vertically from it. The Exploding Wild, on the other hand, will destroy the symbols it’s connected to, and finally the Shocking Wild will destroy symbols diagonally.

These Wilds are also interesting in that whenever they contribute to winning combinations, they will not explode and disappear from the screen. Instead, they will remain and increase your chances of landing another win with them. However, keep in mind that they can only land on reels 2, 3, 4 and 5.

In addition, they can also act in combinations with one another, if they happen to land adjacently. This is called the Enhancement feature and it will be different depending on the combination of Wilds. For instance, the combo of Blasting and Shocking Wilds will leave a blue watermark on the reels. As a result, the symbols that land in it will pay out 10 times more. Furthermore, the combination of Blasting and Exploding Wilds will leave you with a pink watermark, and that one will destroy any symbols that land in it during the next spin. Last but not least is the green watermark, left by the Shocking and Exploding Wilds combo. This one will turn any symbols in it into Wilds for the next spin. 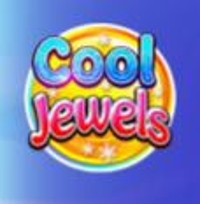 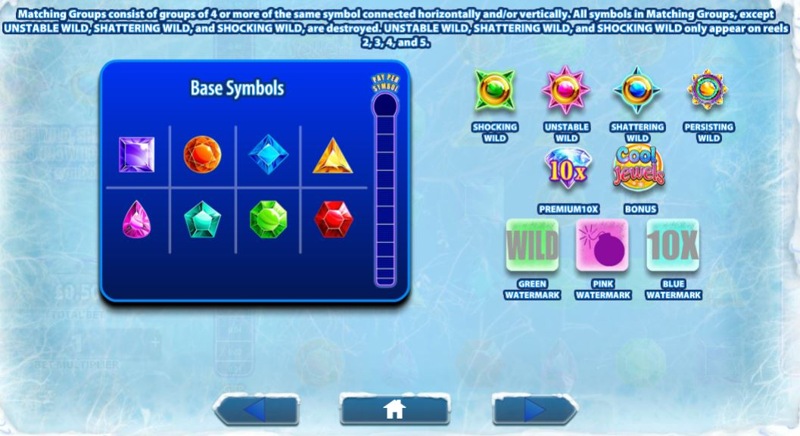 Of course, Cool Jewels is nothing like your regular slot machines, and the gameplay is quite different, but that shouldn’t put you off. If anything, it’s a great opportunity to try something new and have some fun with the fairly frequent wins.