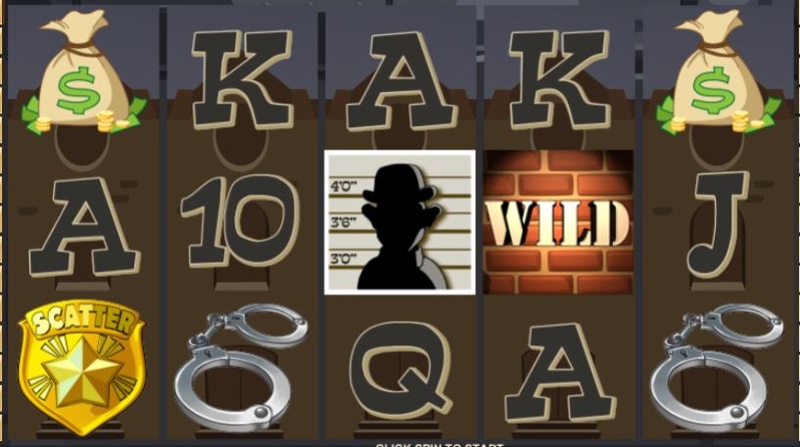 Cops N’ Bandits is another of the cartoonish crime-themed online slot games that there seems to be no shortage of these days. However, this particular offering isn’t very new, which you will be able to tell from the graphics. They aren’t at all poor quality, it’s just that they lack some of the more modern features – they aren’t 3D or HD and don’t boast any over-the-top exciting animations.

There are two robbers in this title, and hopefully you will get to see plenty of them on the reels, as they are quite lucrative symbols; but the real star of the show is actually the policeman with the big red moustache. He’s worth double what either of those bad guys is.

This then brings us to the game’s layout and the other technical specs. The grid on which the symbols live is a common one: there are 5 reels and 3 rows. These come with a total number of 30 active but fixed paylines, so you will not have the opportunity to adjust them at all. In addition, the stakes here are quite expensive, starting with a minimum bet of 30p per single spin, with the maximum setting you back a total of £300 per spin.

Typically when the stakes are as high as they are here it means there is an extraordinary amount of special features in store. That’s not quite the case with Cops N’ Bandits, but there are a few bonus features to keep you entertained nonetheless. 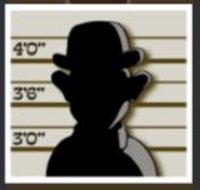 One of these is the Line-Up Bonus Game. In order to access it, you will be looking to land all three Bonus symbols on reels 1, 3 and 5 at the same time. This will take you to a new screen with an actual line up, and it will be up to you to select suspects and reveal the real thief. But you had best hurry up as the game is time-based, and the longer you linger, the less your prize will be at the end. 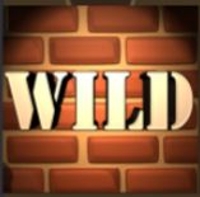 As lucrative as the cop and robber symbols are, they don’t compare to the type of payouts the Wild can offer. In fact, if you happen to line up all 5 Wild symbols on an active payline, you can end up pocketing a whopping 4,000 coins. But of course, that’s not its main function. The Wild is here to substitute for any of the regular symbols to help you land more winning combos. However, it will not be able to replace the other special symbols here, namely the Scatter and Bonus icons. 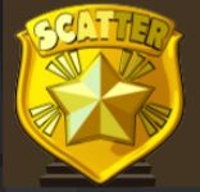 The second and major bonus game in Cops N’ Bandits is the Freespins Feature. In order to trigger it, you will have to land a minimum of 3 Scatter symbols at the same time during a spin. Unlike the Bonus symbol, the Scatter will actually be able to appear on any of the five reels.

Now, once you have activated the bonus round you will need to go through a brief pick me game. If you triggered the feature with only 3 Scatters, you will get to pick one of the symbols to reveal the number of freespins you will benefit from. But if you land 4 or 5 Scatter symbols then you will receive 2 or 3 picks, respectively, and then the numbers you revealed will be added together to give you your amount of freespins.

Last but not least, there’s also a Locked Wild feature that comes with the freespins. It becomes active when a cop symbol lands directly beside a bandit, and then that bandit will turn into a Wild and will remain in place for the duration of the bonus round. The only thing is that these Locked Wilds can only land on the middle reels 2, 3 and 4. 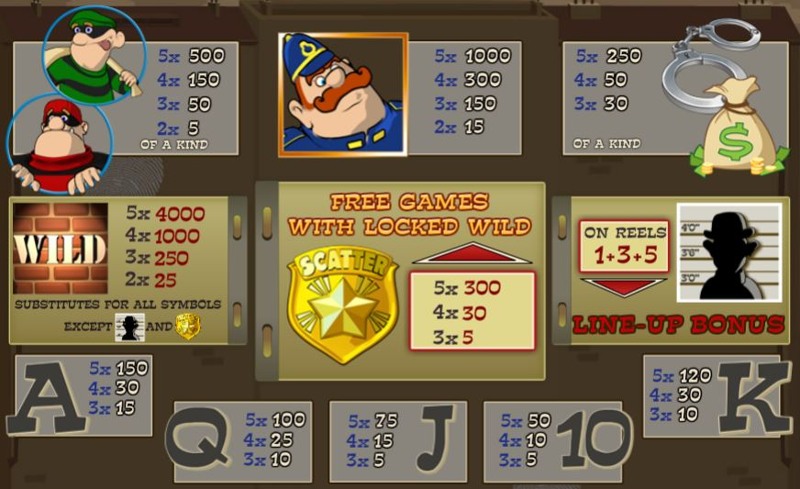 Even though it may not look like it at first, Cops N’ Bandits is actually a very entertaining offering from Playtech. It’s comical and fun and offers a good amount of winning opportunities.