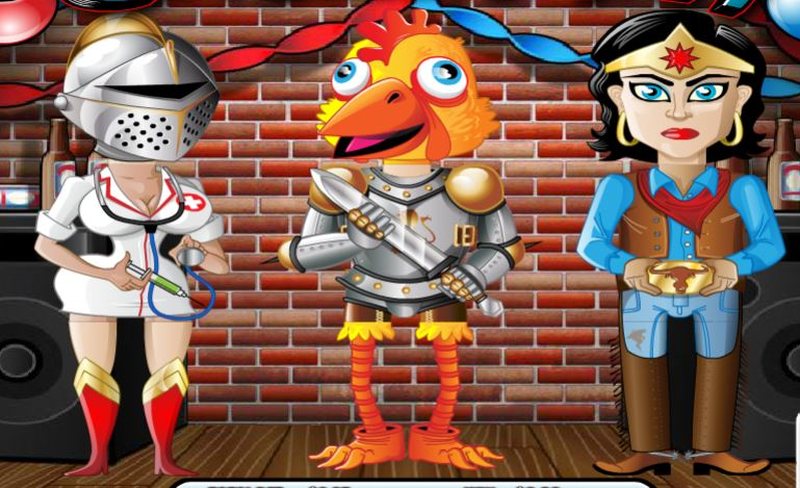 If a costume party ever provided more entertainment than it does in this slot from Rival Gaming, then we want an invitation. Costume Party has a wonderful theme behind it, but the overall execution of that theme and the way that the slot plays out is what makes it so appealing. Rather than have a set of reels that spin vertically, Costume Party flips that around and has symbols that fall in the form of a head, torso, and legs.

The symbols spin from the left to the right instead of top to bottom, and your task is to try and create a full costume of matching pieces. A total of eight different costumes are present on the reels, starting with the chicken, the nurse, the cowboy and the hero. As you move along, you’ll also see symbols that make up costumes of the knight, the astronaut, the witch and finally, the monster. The latter of these is the highest paying costume, with up to 5,400 coins able to be won if it fills an entire payline.

Costume Party’s layout is made up of three reels and three rows, so it has much more of a classic slot interface. However, because you create wins by matching up three symbols from the same costume, ‘symbols’ come sideways and it doesn’t have traditional pay lines. You can adjust the number of characters that you are betting on creating between one and three, so they act as paylines without actually being paylines. The overall bet is also customisable; first choose a coin value between 1p and £5, then select between one and three coins to be active per spin. This offers up a maximum bet possibility of £45 per spin.

If you take a look at the pay table when you initially load the game, you’ll see the eight costume characters greyed out. Every time you form a winning combination of a full costume, the corresponding character on the paytable will illuminate.

Your progress with this is also automatically saved. Try to match each of them at least once to illuminate all eight characters on the pay table.

The game also has a wild symbol for you to benefit from, which is only available on the central torso section. This comes in the form of an ape’s body with the paper “WILD” written on it.

This can help you with forming winning combinations on a character whenever possible. 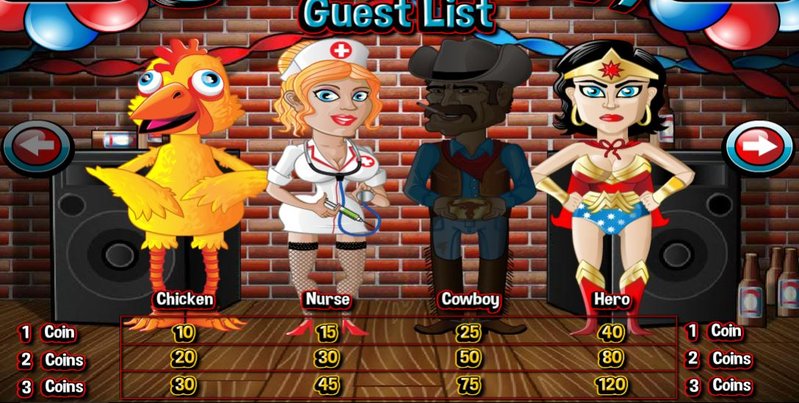 If we’re honest, the layout and graphics of Costume Party made us think that we would be getting so much more from it. Granted, it is quite the innovative slot game in terms of design, with three reels on display for you to spin horizontally. Additionally, the wild does make things more entertaining, but we’d have liked to have seen some pay off for matching all eight characters up in the game. We do respect Rival Gaming for creating something alternative, though.