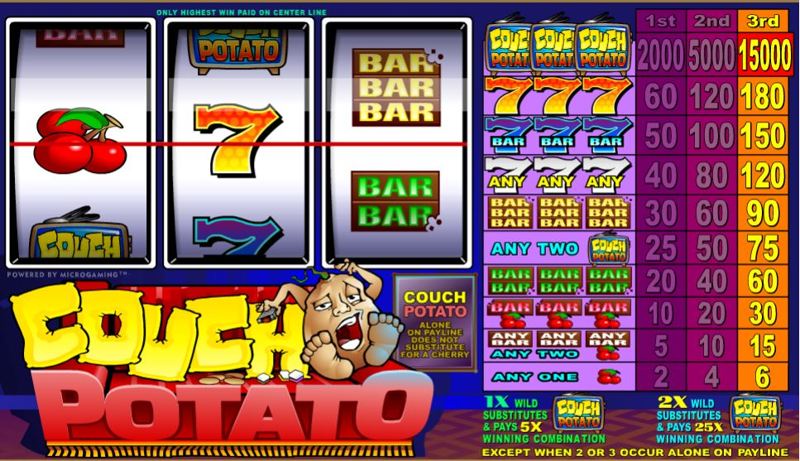 When you hear the term ‘couch potato’, it is normally meant to describe someone that is lazy and who loves sitting on their sofa watching TV. This is the sort of person that loves to watch sports all Sunday long but won’t think about joining in with the fun of the game themselves. In some ways, many slots players have labelled Microgaming as being a bit lazy and acting like a couch potato with this slot, as the rest of the review will outline.

Given the fact that the major selling point of Couch Potato is its simplicity and return to an older style of slots play, it will come as no surprise to most players that are there are no bonus rounds of note in this game. 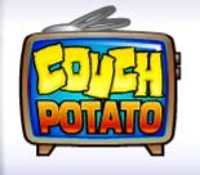 There is a chance to win big with the wild symbol which is the Couch Potato symbol. If you manage to win with one symbol you will pick up a 5 times multiplier and if you manage to pick up two symbols you will receive a multiplier of 25 times. This is the most enticing element of the game and very few players will turn their noses up at a multiplier that comes in at 25 times. 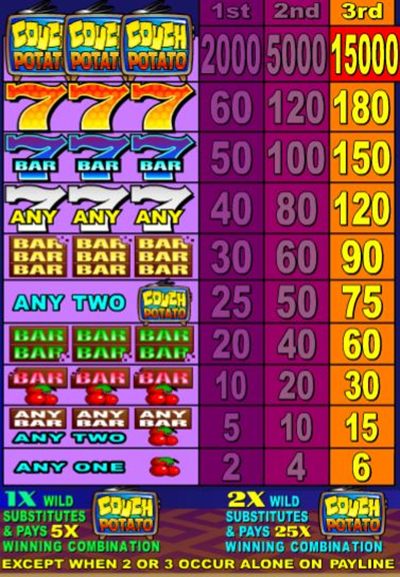 If you are looking for a classic slot that will provide you with a healthy dose of nostalgia when you play, you will love what Couch Potato has to offer. The sad thing is that in comparison to the great range of other slots on offer, including slots from Microgaming, it feels like a game that belongs to another era and has been left behind. There is no getting away from the fact that Couch Potato will appeal to players that are looking for some retro fun, but other than that there is not a lot to recommend with this game. In many ways, you can argue that Microgaming have acted like a couch potato in creating this slot…