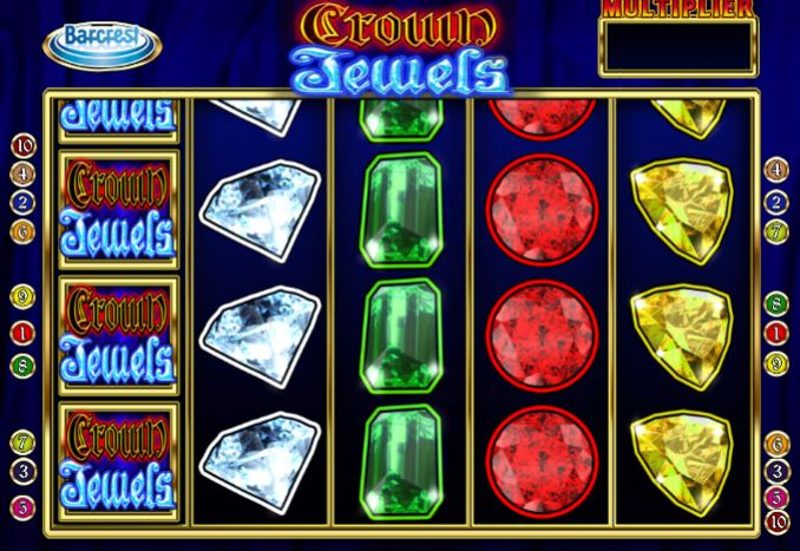 The Crown Jewels is a regal themed slot that brings you everything the hierarchy seem to live for; money, power and more importantly, jewels. The game offers a colourful overlay and it’s actually a fairly simple game once you break it down, but that shouldn’t put you off from sampling it. The game comes with the £250,000 jackpot prize.

The Crown Jewels is a 5 reel, 10-payline game, and if you’ve read previous reviews on these 10 reel types you’ll know that we aren’t massive fans. However, you can still get a max spin of £250 out of it, which will be more than enough for most bankrolls. Admittedly, there aren’t an awful lot of features to enjoy, but you’ve cascading wins and winning multipliers to choose from.

The main aspect of the game is the fact that it has cascading reels. Whenever you get a winning payline, the gems that have been used to make that payline will disappear and then new gems will be dropped in. If you make additional winning paylines then your multiplier will increase 1x for each additional payline. So, if you got five in a row then your multiplier would be up to 5x your winnings. The maximum you can get is 10x the total winnings. 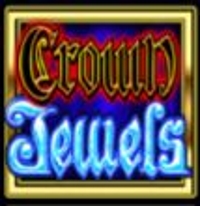 On top of that you get the Crown jewels wild card which will substitute itself in for any symbol to make a winning payline. These will hold when you get a cascading payline until they are no longer needed. 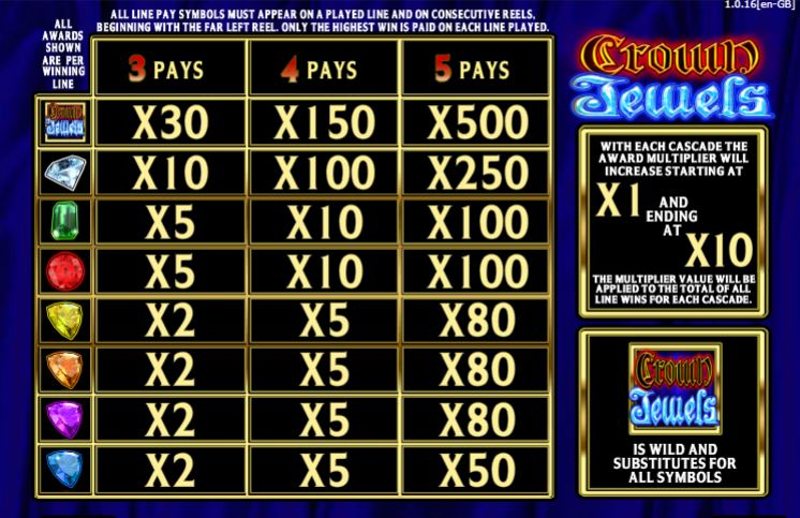 The only thing that Crown Jewels really lacks is depth. The game doesn’t have an awful lot going for it and whilst the cascading gems are a nice touch, the lack of feature rounds, free spins or anything like that definitely makes it feel stale a lot quicker than most slots. What is on offer is actually quite good and the cascading feature can get you quite a big payday. Don’t forget that the high rollers amongst you will be able to play off for the £250,000 jackpot that’s on offer, which certainly isn’t to be sniffed at.