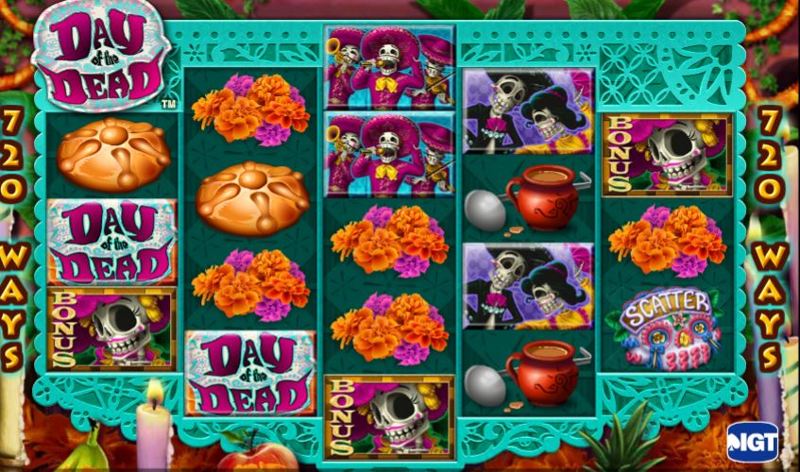 The day of the dead of one of the more dramatic titles that we’ve tested, and although the slot isn’t as scary as it may make out, it does include a number of ghosts and ghouls to keep you on your toes. The design of Day of the Dead is something we were very impressed with, and whilst the scary nature of the game isn’t lost in it’s vividness, the game does come across as something that you could play for some time.

What you get is a game that has 720 ways in which you can win from a 5 reel offering. On top of that you get a free spins round, a bonus feature, and wilds to keep you entertained throughout.

The multi way extra feature is the games 720 ways in which you can win. It’s different from most other slots in that you can win on lines from both left to right and right to left. It also includes a boatload more combinations, which makes the frequency in which you win much higher than most. Having said that, a lot of the winning the paylines payout a lot less than most spins, so whilst essentially you are hitting winning paylines, the amount which you are returning might not be as high as some games, which is a definite downside for Day of the Dead.

The free spins round is accessed by getting 5 of the bonus symbols in a row on 5 separate reels. Initially you’ll be given 8 free spins for this, but the introduction of stacked wilds means that you could potentially get up to 96 free spins straight away. The game will allow you to claim a maximum of 240 once inside the feature and we found the games pay out much more generously in the free spins feature than in the original game. The paylines can also be increased in the bonus round and any stacked wilds can be held until a winning payline is no longer been created. 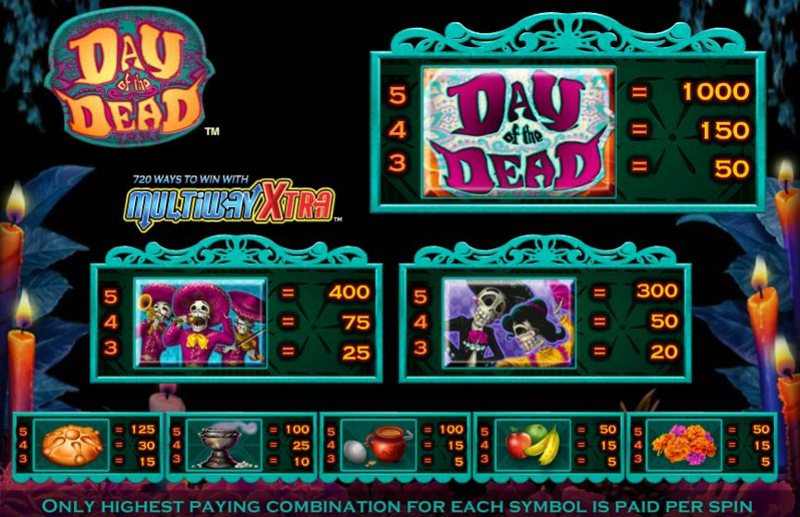 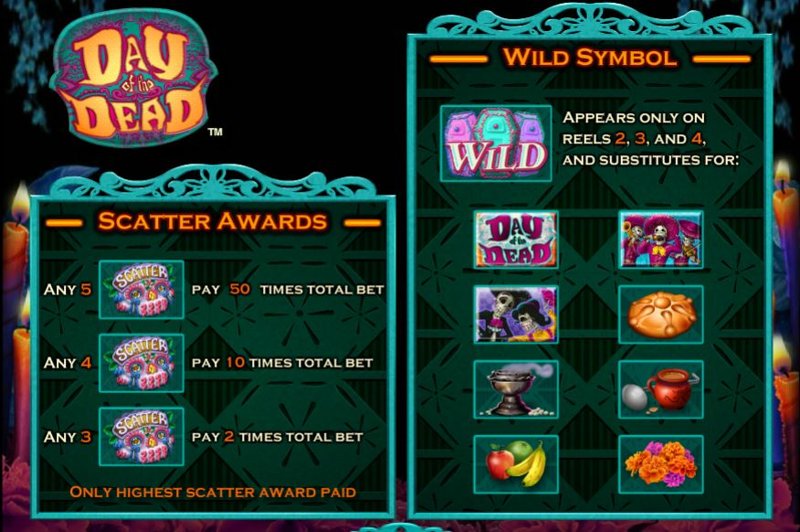 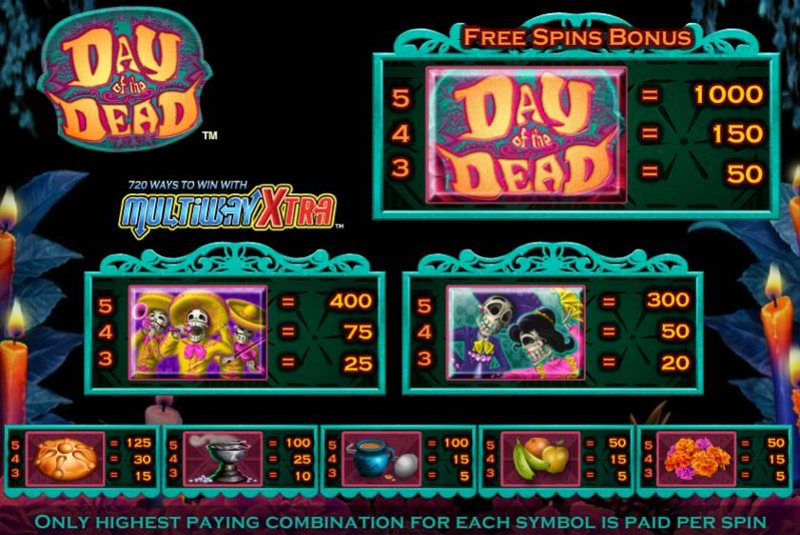 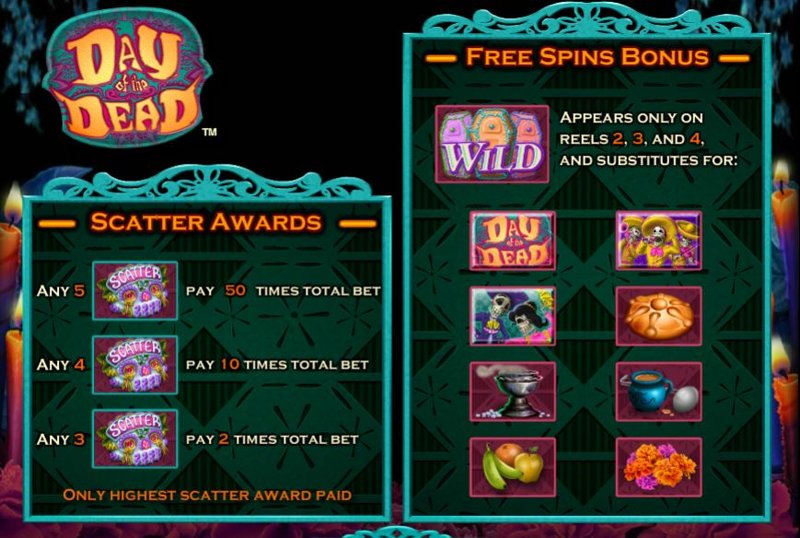 The first thing that really caught our eye with Day of the Dead was just how good the slot looked. The design is incredibly vivid as we mentioned, and should be something that keeps you engaged for a long time. The 720 ways in which you can win was an interesting feature, but in all honesty, until you got into the free spins game, it didn’t really feel as though you were making any ground from normal play.