When we visit a dog pound, it’s more usual that we are there to rescue a captured dog from its cage rather than hunting for dollars. Yet, this Rival Gaming slot aims to merge those two things together, providing a selection of dogs and associated images whilst allowing you to spin the reels for cash. Dog Pound Dollars is actually one of Rival’s older games, being released in 2006. This explains why the graphics aren’t quite as up to scratch as those found in today’s releases.

That being said, you’re still able to clearly see what each of the symbols upon the reels are in the game. The first four of these are available in the form of three bones, a can of dog food, tennis balls and a man in uniform with a net chasing after strays. Five different dogs can then be seen as symbols upon the slot’s reels; these are the canine in the dog bed, one sitting by the table, another wearing a fireman’s helmet next to a fire hydrant, and a fourth of a Great Dane. The fifth one is a police dog which has a sheriff’s badge behind it.

Dog Pound Dollars is a slot that takes place on a five-reel, three-row layout, while at the same time, Rival has added 15 pay lines into the game. You can reduce the number of active lines per spin with the “Select Lines” button, additionally, you have the possibility of customising your bet by select a coin value between 1p and £1, and then choosing how many coins you would like in action per pay line between one and five. From doing so, you can bring a maximum bet of £75 per spin into play.

The symbol of the bulldog is the one that will work as this slot’s wild symbol. This means that wherever it appears on the reels it will substitute for all other standard symbols. The only exceptions to the rule are the scatter and jackpot symbols.

If the wild does stand in for other symbols in a winning combination, then it will also ensure that the pay-out you receive for it is doubled. What’s even better is if you form a win consisting solely of wilds (5 of them), you’ll receive a bet multiplier of 10,000x. 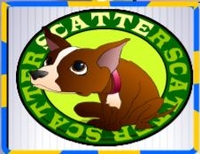 You’ll instantly be able to recognise the scatter symbol, as it has a green border surrounding it with the word “SCATTER” written on it. This symbol can appear anywhere on the reels and still reward you with a pay-out.

Five of them in view across the layout will multiply your stake by 500x. It’s this scatter symbol that can also trigger the slot’s free spins round.

For three or more scatter symbols you’ll receive 15 free spins in total, and while you’re playing through this round any winning combinations will receive a triple multiplier for you to benefit from. 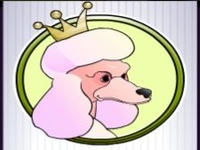 Of course, the poodle is the dog that reigns supreme over all others – it is wearing a crown after all. This symbol operates as its jackpot scatter. You need to spin at least two of these into view across the reels to receive a pay-out from it.

The best thing that you can do with this one though is spin five of them into view. In this instance, a bet multiplier of 750x will be your pay-out.

Dog Pound Dollars, despite being one of Rival’s older releases, still remains entertaining to this day. The theme is nicely executed, even though the graphics are quite dated overall. However, with the inclusion of a wild symbol, scatter, jackpot symbol and free spins round to play through, it’s got everything that you could possibly want from a slot in terms of gameplay.