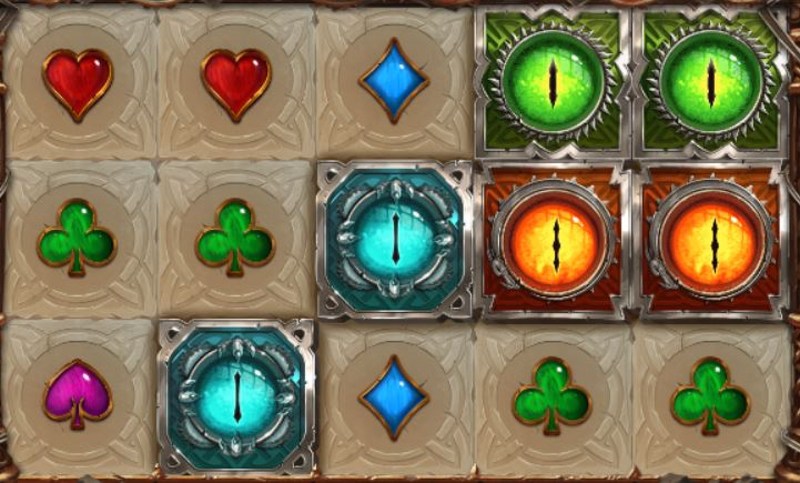 Everyone enjoys a good fantasy themed slot once in a while, and what better game to satisfy that guilty pleasure of yours than Double Dragons by software manufacturer Yggdrasil? After all, it wouldn’t be a proper fantasy slot if dragons weren’t involved. All jokes aside, this title takes the genre to a whole new level with its superb graphics and cinematic soundtrack. Typically, the game takes place in some remote wasteland with a foreboding dark sky hanging above tall mountain peaks in the backdrop. The reels actually have a bit of a steampunk feel to them with brass ornaments decorating the frame; and as for the symbols, these include the lower value playing card suits on the one hand, and on the other you have dragon eyes that look like precious stones encased in gold and silver.

This brings us to the game’s layout, which features 5 reels and 3 rows. There is also a total of 25 active paylines, all of which are fixed. In other words, players will not have the option to adjust them to their liking. Therefore, stakes start at a minimum bet of 25p per single spin, and if you would like to wager more, you will have room up to the maximum stake of £125 per spin.

Double Dragons uses the Dropdown Win engine. This means that whenever you land a winning combination of symbols, those symbols will break away and disappear. Their place will be taken by new symbols that fall from up above, so you can create more winning combinations from each spin.

This plays an important role when it comes to triggering one of the special features in this game – the Double Dragons Feature. To trigger it you will have to get 4 consecutive wins from a single spin. This will, in turn, fill up the meter to the left of the reels, and as a result, you will see the fire and ice dragons emerge from the meter and come onto the reels. Each of them will add between 7 and 28 stacked Wilds to the reels. 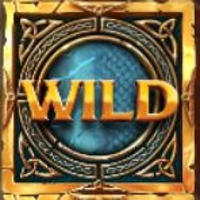 As we made clear, there are two types of Wild in this game: Fire and Ice Wilds, just like the dragons. Both function exactly the same, though, in that they will be able to substitute for other symbols on the reels, and thus, they can help complete winning combos. However, there are also the Dragon Head symbols to consider. These can also act as Wilds and have additional benefits in store for you.

The red dragon head can turn 2 to 3 random regular symbols on the reels into Wilds, and the blue dragon head will double the payouts for any wins when it’s on the screen. 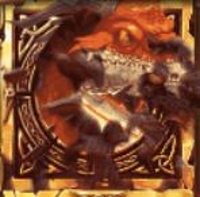 The dragon heads in this online slot game have another role, as well. Whenever they appear on the reels they will add up to the meter in the right part of the screen. Red dragon heads will be collected in the red meter, and the blue ones will respectively all go to the blue meter. Once you have filled one of the meters, this will trigger the corresponding Freespins Feature.

If you collect 9 blue dragon heads, this will award you a total of 5 Ice Freespins. Likewise, collecting 9 red dragon heads will reward you with 5 Fire Freespins. In both modes you benefit from more Wilds, and since you can only collect dragon heads in the base game, there will be no possibility to retrigger this feature. 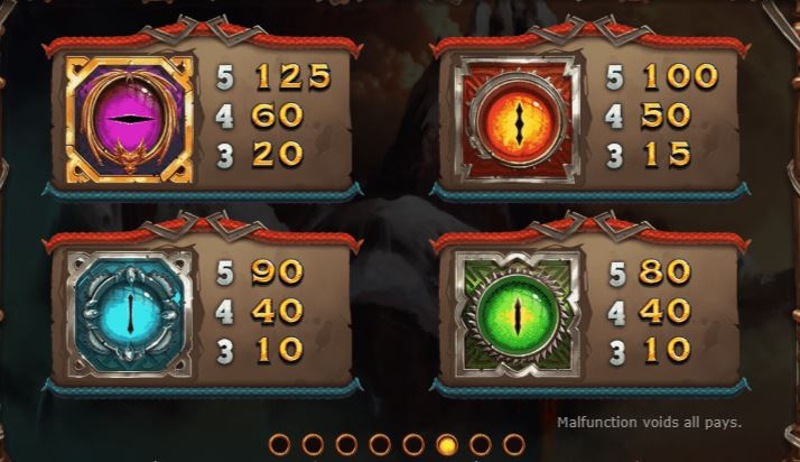 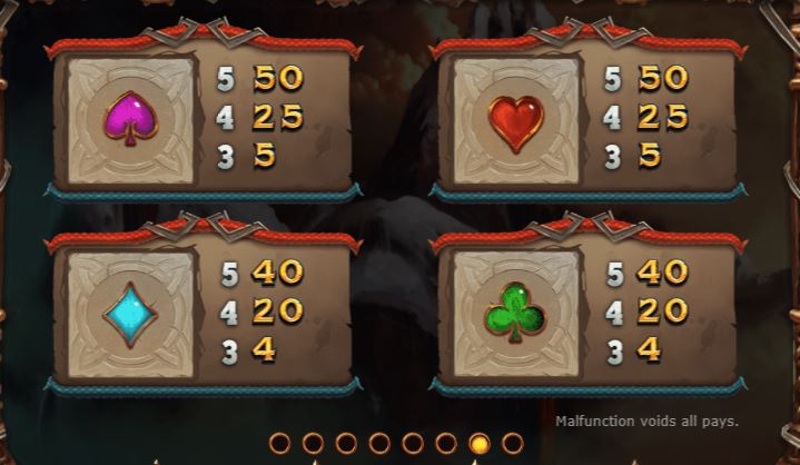 Double Dragons is a decent offering from Yggdrasil. The interesting setup and great presentation certainly make it giving a whirl worthwhile. The medium to high variance will make for some pretty impressive wins too.