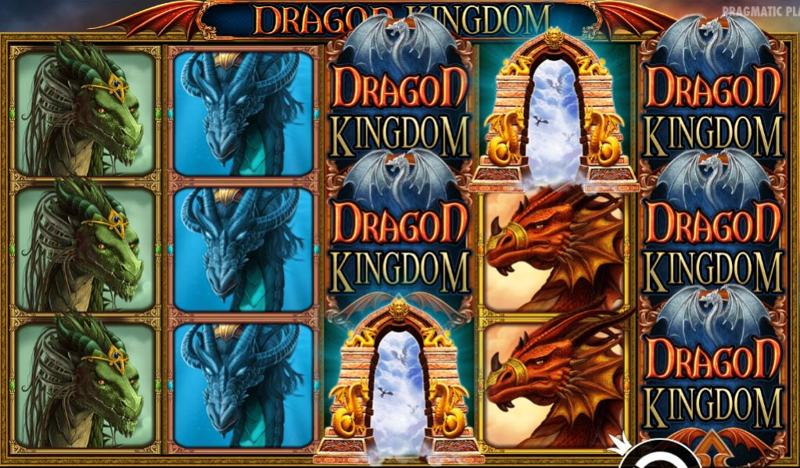 Dragon Kingdom is an online slot game brought to you by software developer Pragmatic Play, and the title is pretty much as revealing as any other. The game features a kingdom where dragons rule, so fantasy fans will be sure to appreciate the theme. What makes this offering especially attractive, however, isn’t just its theme. It is also the high quality of the graphics as well as the fine details. The backdrop paints a picture of an otherworldly landscape, full of tall rocky mountains with sharp jaded peaks. In addition, the sun is setting, which gives the whole scene a fiery glow. You will also notice a pretty great soundtrack to enjoy as you spin the reels, so you may want to keep your sound on for this one.

This brings us to the technical aspects of Dragon Kingdom, starting with the layout. It boasts your regular 5 reels and 3 rows, and these come with a total of 25 active paylines. However, the paylines are fixed, so you won’t have the opportunity to regulate them or bet on a lesser number. The minimum amount you will be able to stake per single spin on these reels is 25p. The maximum amount you will be able to wager will set you back some £125 per spin. 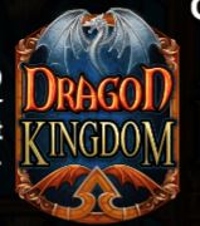 Look out for the game’s logo symbol appearing in any position across the five reels. This is not only the most lucrative icon in Dragon Kingdom, it’s also the game’s Wild symbol, and as such, it will be able to substitute for any of the other symbols in order to help complete winning combos.

The one exception to this rule, however, is for the game’s Scatter icon. That is the one symbol that the Wild cannot replace. 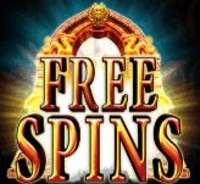 The Scatter doesn’t offer any payouts of its own, but it will be responsible for triggering the main attraction in Dragon Kingdom – the Freespins Feature. Much like the Wild, though, the Scatter will be able to appear in any position on any of the five reels. You will need to land at least three of these symbols all at the same time in order to activate the bonus feature.

As a result, you will receive a total of 5 freespins, but you will get to choose one of the five enhancements that come with them. Each of the enhancements will come with a win multiplier and a different stacked symbol.

Furthermore, if you land another 3 or more Scatter symbols during the feature, this will award you an extra 3 freespins. The option you chose initially will also be valid for these additional spins. 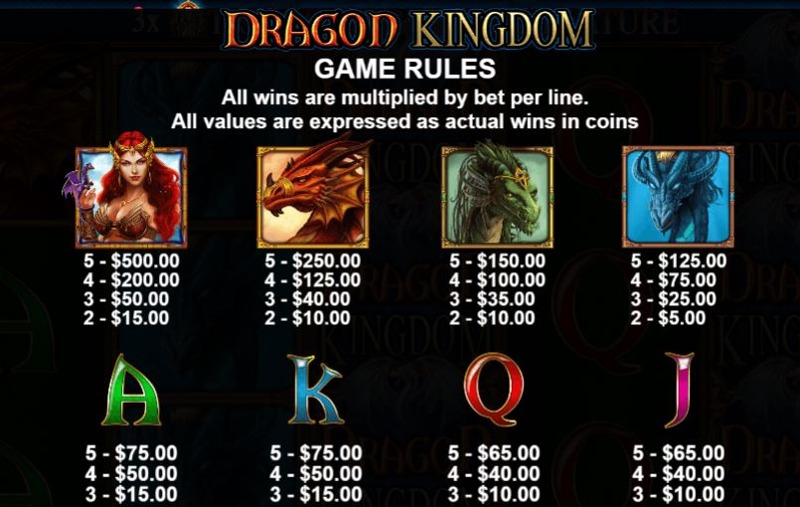 Dragon Kingdom, although visually quite striking, is a rather simplistic offering from Pragmatic. The main focus of this title is of course the Freespins Bonus, but the fun thing is that you get to decide the enhancement of the feature.