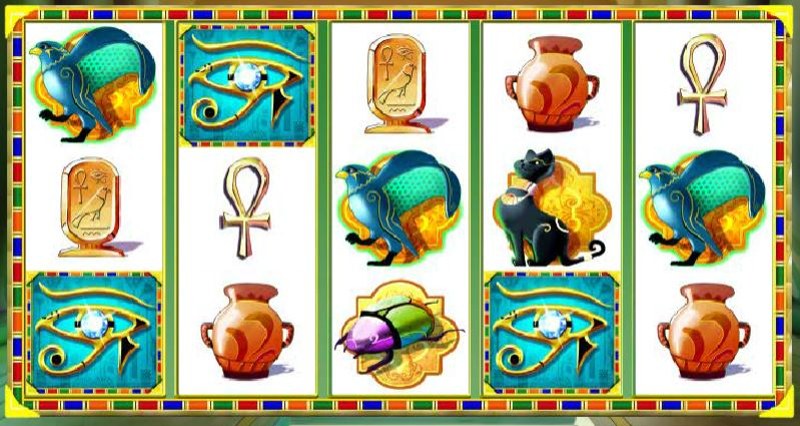 Egyptian Riches is an online slot game by software provider WMS and it centers on the ridiculously popular theme of Ancient Egypt. This is a lovely offering that comes with very nice visuals, sharp, high quality graphics and a very pleasant color scheme. Unlike what most games in this genre will do, this title doesn’t go for the pyramids and pharaohs’ tombs angle. Instead, it’s lighter and brighter with a bit of a sassy touch to the design. You will find that the symbols on the reels include typical Egyptian-themed imagery, such as scarab beetles, ankhs, hieroglyphs, etc; and among them are also some Ancient Egyptian deities such as Anubis and Horus. Both of these have been uniquely stylized by the developers, giving them a one-of-a-kind touch which is really great.

Now moving on to the more technical aspects of Egyptian Riches, let’s have a look at the layout. There’s a 5 reel by 3 row grid, which is basically the industry standard at this point, and on this grid is a total of 20 paylines for you to bet on. In addition, the paylines are flexible, so you can play with a lesser number if you so choose, and this makes for an even more flexible betting range. Stakes here span from a minimum of just 1p per spin and up to a maximum bet of £100 per single spin. 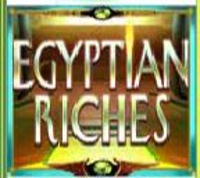 The game’s logo symbol is Wild in this title, meaning it will substitute for any and all of the remaining symbols on the reels. This will help create better winning opportunities during gameplay. There is, however, the one exception of the Bonus symbol which the Wild will not be able to replace. Furthermore, the Wild doesn’t exactly offer any payouts of its own, but it will appear in just about any position, anywhere on the reels throughout both the base and bonus games. 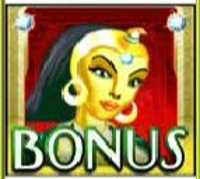 As you may have already guessed, to trigger the game’s Bonus Feature, you will require the presence of the Bonus symbol. More precisely, you will need to land 3 or more Bonus symbols anywhere in sight during a spin. Much like the Wild, though, the Bonus symbol doesn’t offer any payouts.

Once you have landed all 3, 4 or 5 Bonus symbols at the same time, this will trigger a pick-me game. As a result, you’ll end up on a new screen and will need to select one of 5 scarab beetles. Each pick will show you a certain cash prize, or you can reveal a ‘Pick another’ option. The game will continue until you have revealed the Collect option. 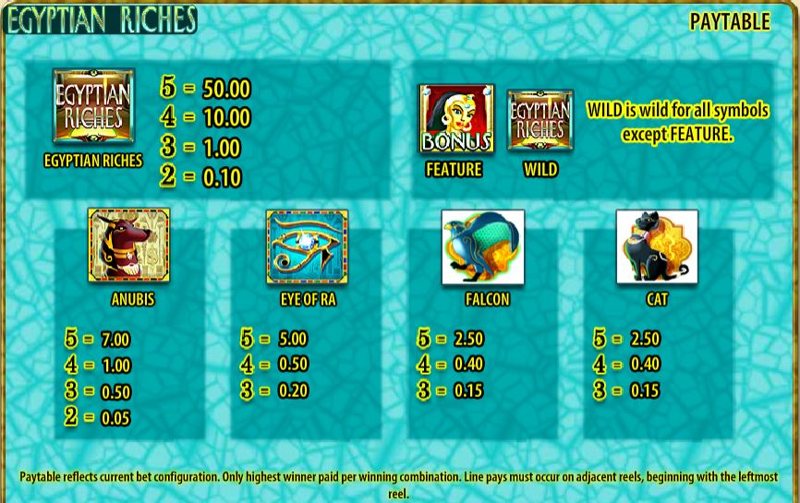 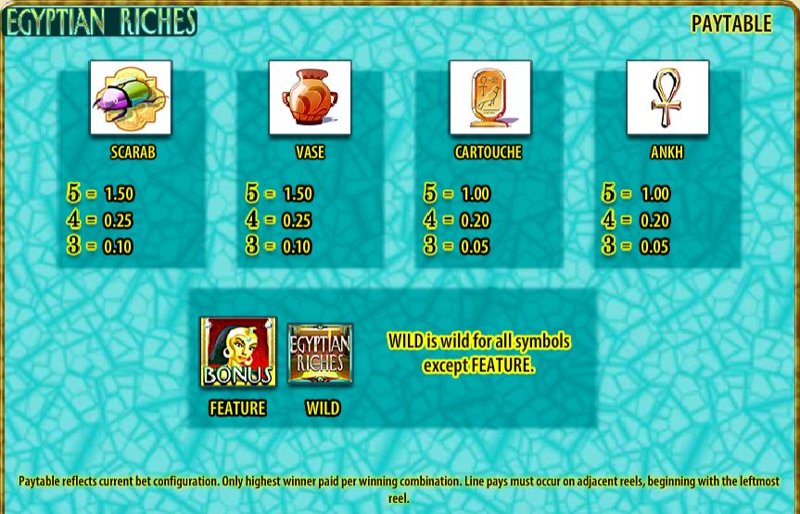 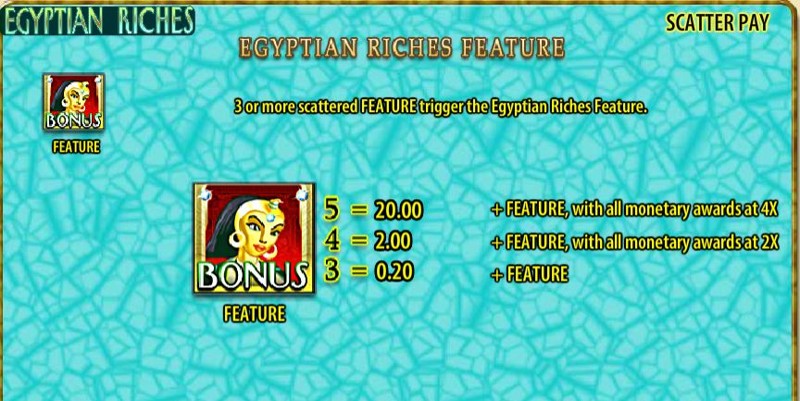 Egyptian Riches does truly look very nice, even if it doesn’t have animations and 3D graphics. But gameplay is very simple, in fact, perhaps even overly so. There is just the one special feature and no free spins, so this may not be everyone’s cup of tea.