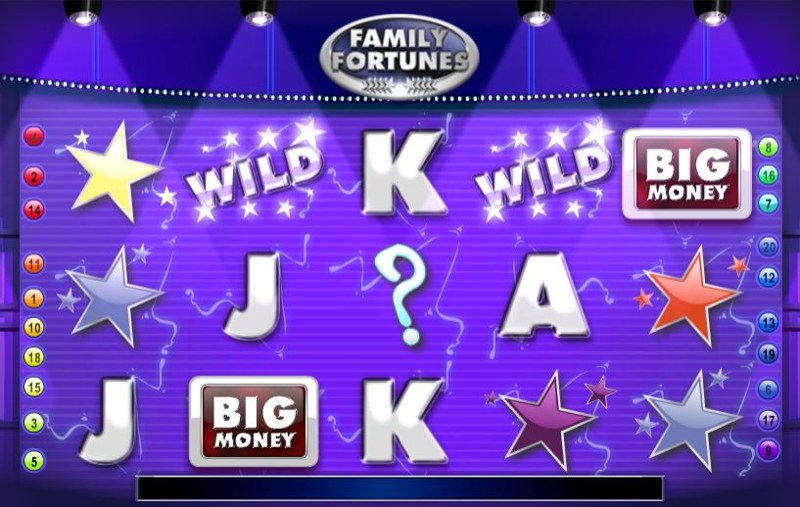 Family Fortunes is one of those TV shows that was on when you were younger, and love it or hate it, you couldn’t help but sit down and watch. It was a bit like a religion, in our house at least, and every Saturday teatime we sat down to watch the TV program. The latest addition to the franchise is their online slot and the game hasn’t lost any of its charm. You essentially get to play out parts of the game show in an attempt to win money instead of prizes, but, the game isn’t only for people who’ve watched or enjoyed the show previously, it’s much more than that.

You’ve got a classic 5 reel, 20 payline game here for Family Fortunes and with that you get a bonus round, free spins and also wilds, to keep you on your toes.

The first of the bonus rounds is double money. To access this round you need to get three or more of the double money scatters on reels 3, 4, and 5. Once you’ve doe this the game will begin. The double money game lives up to its name and pays out double what your winnings would be in the normal game.

The game also pays paylines from both left to right and right to left. The game will continue with your free spins until you get three of the ‘x’ symbols, which seem to be randomly generated. 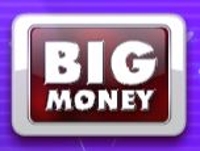 The big money game is where you will need to get three or more of the big money scatters placed anywhere on the board. The game will spin through the board in the same way that double money does, but you can except much bigger winning paylines and also more frequent winning paylines.

Again, the game will end once you’ve got three ‘x’ symbols in the round.

The wild will act as it usually does by substituting for any other symbol in the game to help complete winning combinations. However, the Double Money and Big Money symbols are not included in this. 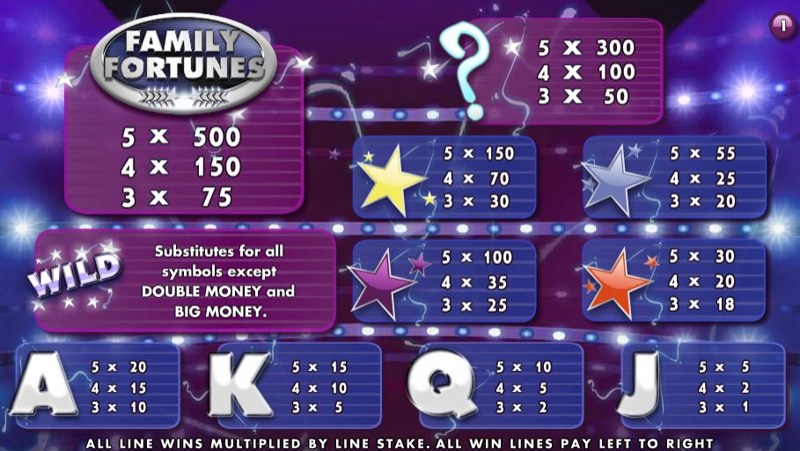 The Family Fortunes slots is easily one of the best looking games that we have come across. The soundtrack is reminiscent of the original TV show but we were probably most impressed with the two bonus games that were on offer. The double money game appears much more frequently than the big money offering, and it’s definitely one that will keep you ticking over rather than banking those huge wings. The Big money game is where you’ll make most of your money and whilst they are definitely more rare than the double money game, they are worth the wait.