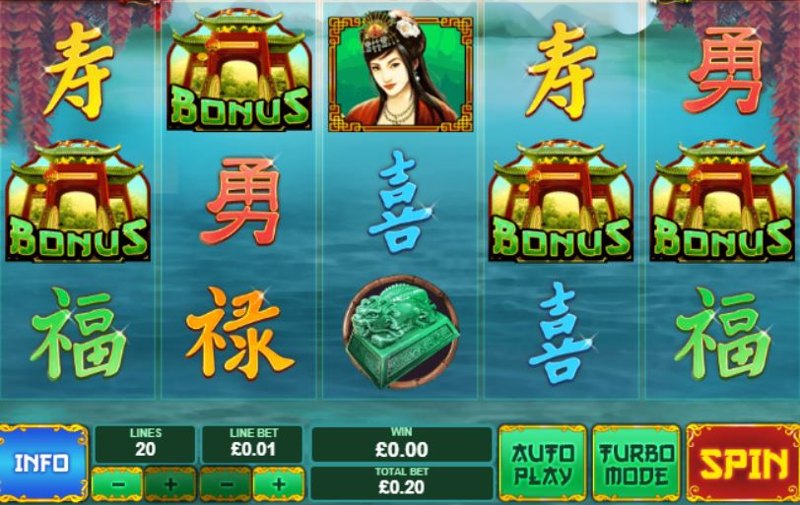 If you haven’t figured it out yet, Fei Cui Gon Zhu is a Chinese-themed online slot game, and it’s brought to you by software manufacturing giant Playtech. The setting and overall design of this title are all very traditional and hardly stray from the typical Asian visuals most of us have grown accustomed to. You will notice the backdrop is mainly water, but above it you can make out the tall mountains in the distance, shrouded in mist. In addition to that, the developers have taken the theme into the symbols, as well. As a matter of fact, the lower value symbols resemble Chinese hieroglyphics, and since we’re sure the majority of players don’t speak Chinese, they each come in different colors to help distinguish between them.

This brings us to the game’s layout, which is just your conventional grid of 5 reels and 3 rows. These come with a total of 20 active paylines but these paylines are not fixed. This means you will have the ability to play with less if you would prefer to, and this in turn makes for a very flexible betting range that caters to a wide range of pocket sizes. As you can lower the number of active paylines to just one the minimum bet is only 1p per spin, and the maximum bet will set you back a massive £2,000 per single spin.

Fei Cui Gon Zhu actually happens to boast a variety of special features, including the presence of the Dragon Progressive Jackpot. To be precise, there are actually four progressives to be won in this title. You can monitor the amount in the four different pots just above the reels, and the feature to win one of them is triggered completely at random and can take place on any spin. Once you do trigger the feature, though, you will enter a new screen where you’ll have to spin a Wheel of Fortune. This will continue until you have landed three matching colors, and that will determine the prize you win. 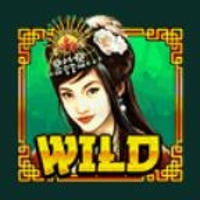 Look out for the lovely young woman appearing in any position, anywhere on the five reels. This is the game’s Wild and also the most lucrative symbol. As a matter of fact, if you land 5 on an active payline she can offer players up to a whopping 10,000 coins in payouts. But of course the symbols most important role is to substitute for other icons when forming winning sequences. The only symbols that the Wild will not be able to replace are the Scatter and Bonus icons. 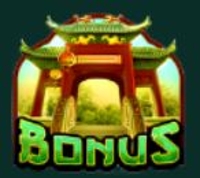 The Bonus symbol, like both the Wild and the Scatter, can land anywhere on the screen during gameplay. Only you will have to land at least 3 of them on a payline in order to trigger the Secret Garden Bonus Feature. Then, a new screen will display six flowers which you will have to choose between. You will have 3, 4 or 5 picks depending on whether you triggered the feature with 3, 4 or 5 Bonus symbols, respectively; and each of the flowers will reward you with a certain cash amount. 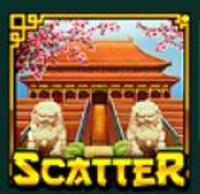 Finally, we reach the Freespins Feature, for which you will require 3 Scatter symbols to land anywhere in view. This will award you a total of 10 freespins, and what’s more, these freespins come with a 3x multiplier. So, you can benefit from tripled wins throughout the bonus feature. In addition, you can also retrigger it to gain an extra 10 freespins on top. 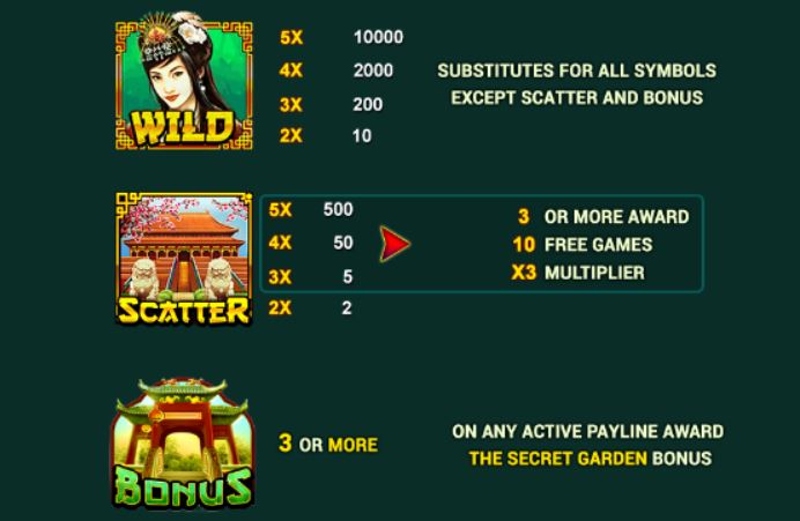 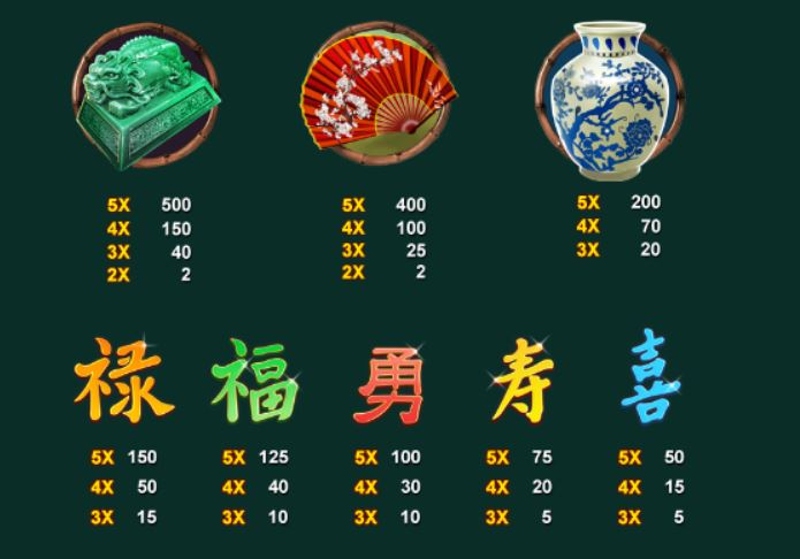 Fei Cui Gong Zhu doesn’t seem all too sophisticated at first, but once you start playing you will realize just how much entertainment it actually packs. Not to mention the fantastic winning opportunities on show, including the chance to hit a life-changing jackpot.