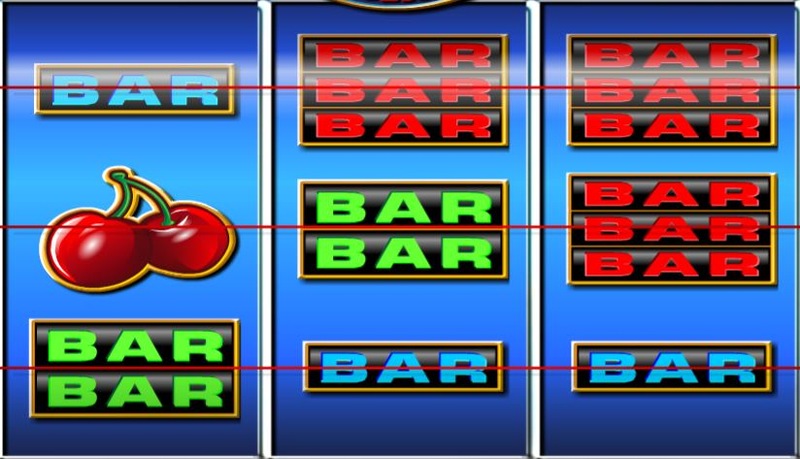 If you are a big fan of classic slot machines then you should definitely check out the Five Times Wins game from Rival. This slot brings forth all of the features that you’d expect from a traditional slot including symbols of fruits, the number 7, and more. It’s classic slotting at its finest, and it will no doubt appeal to 3-reel fans on a high level. This is also because Rival Gaming has added some appealing graphics to the game, ensuring that it holds a visual appeal. Other than this, there isn’t really anything extra special about Five Times Wins, although it will certainly vie for the attention of purists.

The overall design of the game features three reels for you to spin, while three rows are also in view, and Rival has also added a set of three pay lines into the game, too. These stretch out across each of the three rows, although you can customise the active number of lines by using the ‘Select Lines’ button. You’re also able to change the value of a single bet, first of all by choosing a coin value between 1p and £5. You can then choose how many coins you want in action per spin between one and three, meaning that the maximum overall bet possibility stands at £45 per spin.

The background of the game is plain blue in colour, but then again, it doesn’t really have a theme behind it so what more can be expected? Fortunately, there’s a bit more colour upon the reels, with the first of the symbols in Five Times Wins being represented by the BAR. This is present in the shape of a single, double, and treble variation. There’s also the inclusion of the traditional cherries symbol, which is followed on by three different versions of the number 7; the blue one, the green one, and the red one. The latter of these can pay out a maximum reward of 150x your bet. 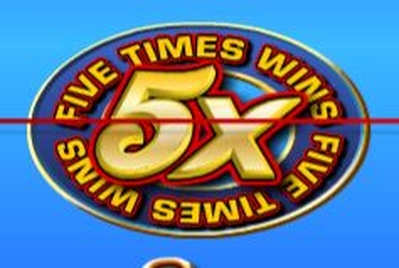 If you’re know a bit about online slots then you’ll most likely be aware that 3-reel games don’t tend to have many special features in them. Five Times Wins is similar in this respect, with the only special feature coming in the form of the wild symbol. It’s the game’s own logo that represents this one, and if it does show up anywhere it will substitute for all other standard symbols on the reels and help to create wins.

Not only that, but if the wild does contribute to a winning combination it will also multiply the pay-out by 5x as well. Should you form a win solely of three wild symbols, your bet will be multiplied by up to 5,000x for your pay-out. 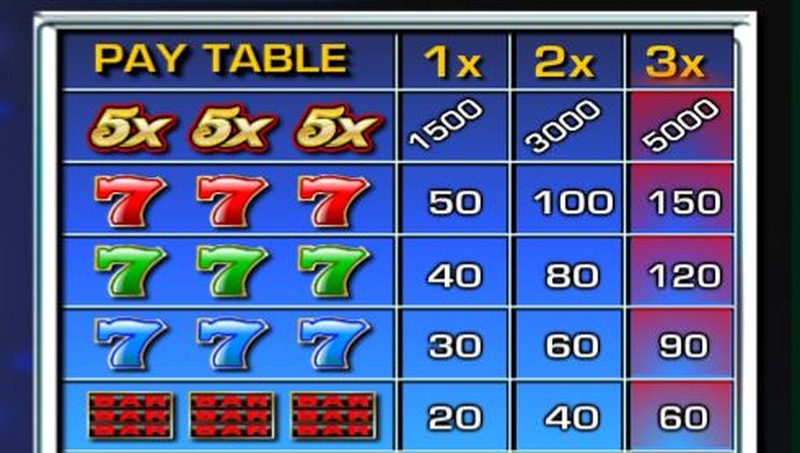 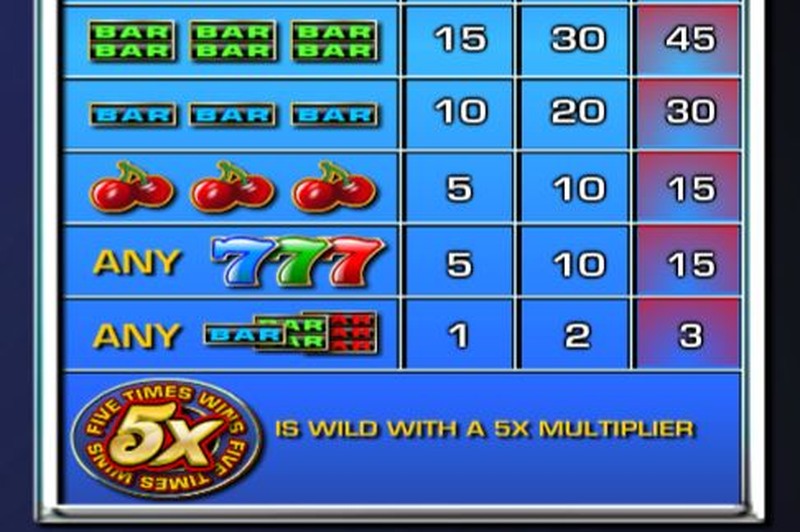 Five Times Wins certainly holds some appeal thanks to the inclusion of such high-quality graphics and the fact that it features a multiplier wild, too. However, it’s still fairly basic other than these features. That’s perfectly fine for anyone who is new to playing online slot games or wants to revisit simpler times; it will no doubt provide quite an intriguing welcome to the wonderful world of slots. For someone seeking out a game with a variety of special features though, Five Times Wins won’t cut it.