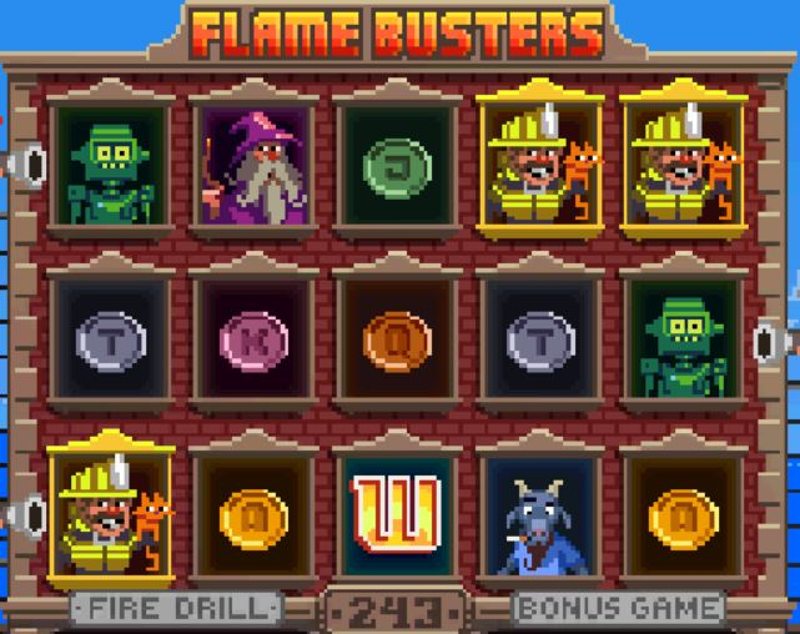 When this game loads, you might find yourself wondering what century it was released in. The pixelated graphics certainly don’t look like something that was released by a top of the line software provider, Thunderkick in this instance. That’s the beauty of it though. Flame Busters has this really retro arcade-like feel to it, and it will certainly appeal to a specific generation of players. The game takes place in the city, and at the forefront there are a few firefighters climbing a burning building. There is one firefighter for each one of the rows of the reels, which are the building windows. Oh, and keep your sound on to hear the very old-school electronic backing track – you’re going to love it.

As far as the layout goes, Flame Busters has a regular grid of 5 reels and 3 rows. What’s more, it boasts a total of 243 ways to win, so there are pretty grand winning opportunities. You needn’t worry about the stakes, as these are within the traditional Thunderkick betting range beginning at a minimum bet of only 10p per single spin, and soaring up to reach the maximum possible wager amount of £100 per spin.

Look out for the Fire symbol, just as the firefighters will be looking out for it and putting it out whenever it appears. Speaking of which, it can appear in any position, anywhere on the reels, and when it does, it acts as a Mystery symbol. Hence, once the firefighters put it out, the Fire symbol will reveal some other random symbol. However, it will not be able to reveal the Wild or Scatter symbols. 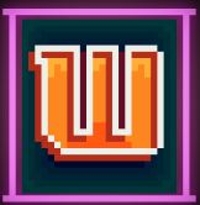 Much like the Fire icon, the Wild in this game can also appear anywhere on the reels. More importantly, it will be able to substitute for any of the regular symbols to help complete winning sequences – the one exception to this rule is the Scatter icon. Also, the Wild does not offer any payouts of its own. 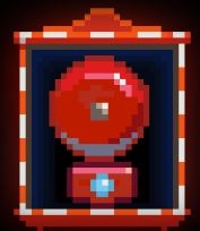 The Scatter can also land in any position anywhere on the reels, and its key characteristic is its ability to trigger the Freespins feature. Landing 3, 4 or 5 Scatter symbols simultaneously during a spin, anywhere on the screen will activate the feature, and depending on the exact number of Scatters you land, you can receive 10, 15 or up to 20 free spins.

Now, throughout the Bonus Game, you can collect Scatter symbols to advance to further levels. If you manage to gather 3 Scatters, you will unlock a new level and receive an extra 2 free spins. There are a total of 5 levels and each one comes with its perks.

What are these perks, you may ask? For each level, the lowest value icon will turn into a Fire (Mystery) symbol. Hence, by the time you reach the 5th level you will have 5 of the lower value icons turning into Fire symbols.

Finally, we reach the last of the special features in Flame Busters – the Fire Drill feature. This is a random feature, which can be triggered at any point during the base game. It will turn between 1 and 5 of the lower value coin symbols into Fire symbols, and these can, in turn, transform to become higher paying icons and therefore make for bigger wins. 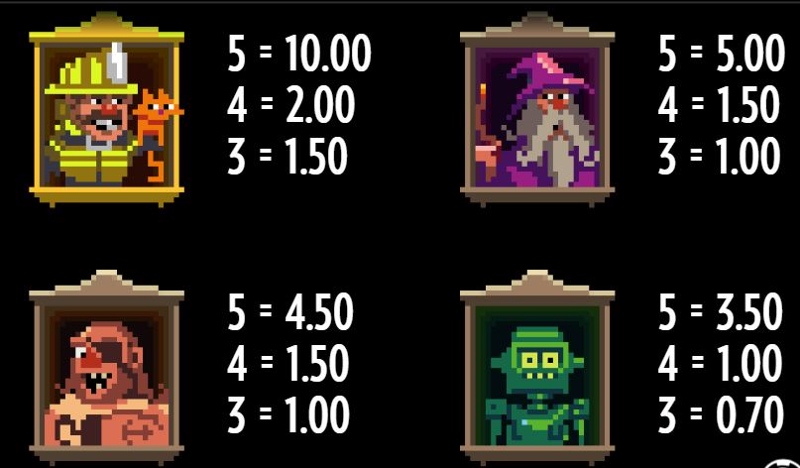 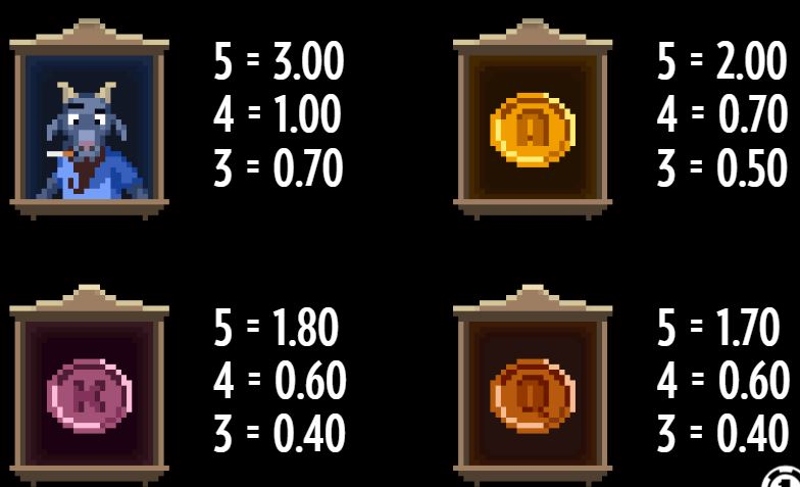 In spite of the simplistic graphics and endearing overall appearance, Flame Busters is a highly volatile offering. It can potentially pay out hugely, but it can also quickly eat away at your bankroll. Besides that, however, it brings its fair share of features and keeps gameplay very entertaining.