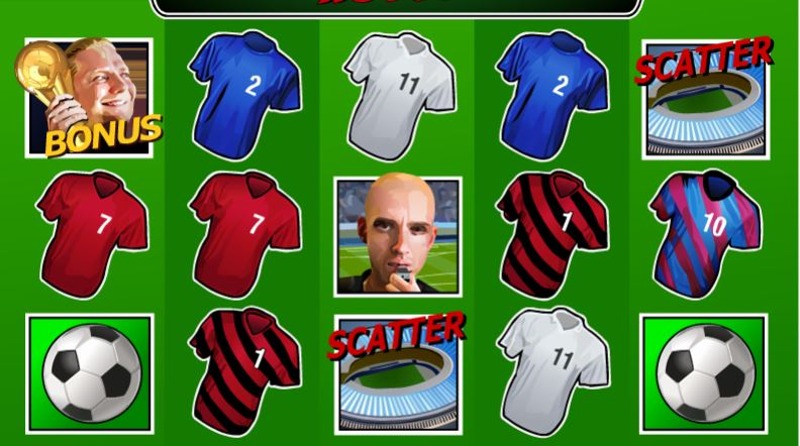 Football Rules is yet another one of Playtech’s football themed online slot games, and we will be very honest with you here and say that it isn’t the best of the lot. Obviously, it’s not their most recent release either and that is clearly visible from the graphics; which isn’t to say they are bad, but they aren’t 3D or HD and they certainly lack sharpness. The reels are a plain green color, mimicking the grass of the football field, and the symbols represent a mixture of football jerseys as the lower value icons. The higher value symbols, on the other hand, include an actual football, a referee and a goalie. By the way, you can see more of the stadium at which the game takes place when you head over to the paytable.

As for the game’s layout, things are very conventional. The grid has your regular 5 reels and 3 rows and the number of paylines you get to place your stakes on here is 25. However, you will also have the option to set them to a different number if that is what you prefer. Your choices lie between 1 and 25 paylines. Hence, the minimum bet is a very low 1p per single spin and the maximum bet doesn’t venture too far away from the minimum at only £25 per spin.

There is one feature we have to mention and that is the Dollar Ball Game. This is Playtech’s progressive jackpot game and it’s reminiscent of how you play the lottery. You pick five numbers from 1 to 49 and each spin will display a new draw of five numbers. If you match up to 4 numbers you get a certain cash prize, but matching all five will hit the progressive. However, participation in this game is optional. If you would like to activate the option, then you will have to do so manually and it will cost you a little extra per spin. 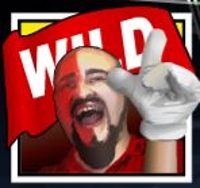 As is often the case, the Wild symbol is the one offering the highest payouts in Football Rules. Therefore it will give you the opportunity to pocket up to some 10,000 coins from a single winning combination. In addition, the Wild symbol can appear in just about any position, anywhere on the five reels. On top of that, it has the capacity to substitute for all other icons save the Scatter and Bonus symbols, greatly helping to increase your winning potential by completing winning combinations. 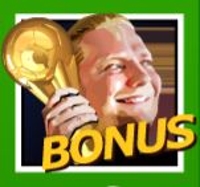 Despite what you might be thinking, the Scatter symbol in Football Rules doesn’t trigger the Freespins Feature. Instead, you will need the Bonus symbol for that. More specifically, you will have to land it on reels 1 and 5 at the same time during a spin. This will take you to a new screen where you will have to go through a brief pick me game.

The objective will be to select a football which will in turn reveal your number of freespins (between 1 and 20). But that’s not all. After that you will have to take that ball and shoot a penalty. This is what will award you your multiplier, which can be anything from 2x to 10x. Better yet, this feature can be subject to a retrigger – if you land the Bonus symbols on reels 1 and 5 again you can count on an additional 5 freespins. 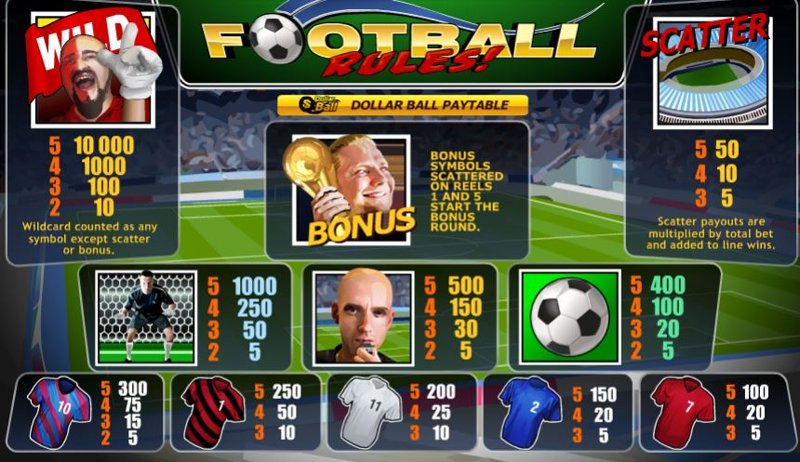 Football Rules does look very basic, and the setup isn’t exactly rocket science either. But gameplay tends to pull you in nevertheless, especially if you’re a sports person. Plus, the Dollar Ball Game does add some extra appeal to this slot.