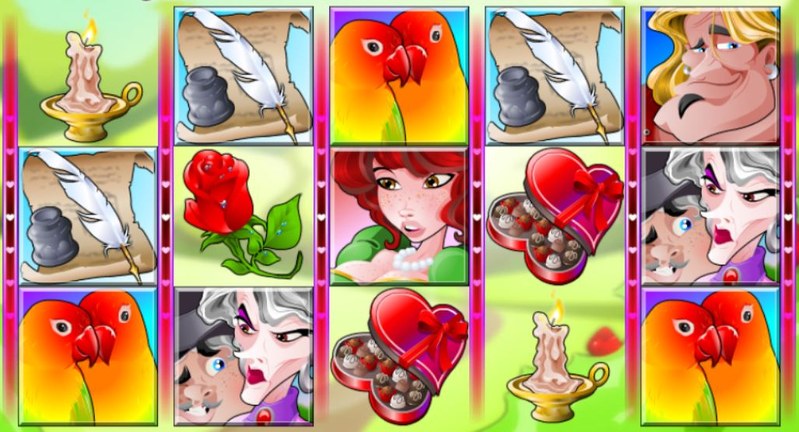 Would you marry for love or would you marry for money? That’s the big question in this online slot from Rival Gaming. It looks as though money is taking precedence over love on the reels, but you may want to try and stop it so that you can unite the helpless potential bride with her true love. Of course, there are plenty of things that will be out to stop you, including a stealthy mother-in-law, a dangerous hobo, and more. So, how can you go about helping in For Love and Money?

Well, let’s take a look at the slot’s overall design first of all. Rival Gaming has chosen to use a standard five-reel, three-row interface as its layout, and at the same time the developer has added a set of 15 pay lines. You can still customise the number of lines that are active within though, just by using the ‘Select Lines’ button. After that, you can pick a specific bet by choosing a coin value between 1p and £1. Finally, just choose up to five of those coins to be active per pay line. This allows you to bring a wager of up to £75 per spin into play.

The graphics here are very nicely designed, utilising high-quality imagery and surrounding the reels with various plants and flowers to make it look enticing. Meanwhile, upon the five reels you will find symbols of the wax candle over a scroll as well as the chocolates in a heart-shaped box. The turtle doves come next (despite being coloured orange, yellow, and green), while a rose atop a scroll is fourth. The potential bride is another symbol, offering maximum rewards of 400x your stake. There’s a scheming man next, as well as a terrible potential mother-in-law for the bride. A scroll with an ink pot and quill over it is next, while two more potential suitors for the bride also appear on the reels. 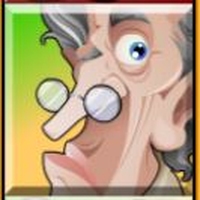 The vicar who will be giving the marriage ceremony appears as this slot’s wild. However, judging by the look on his face, he’s not convinced by the pair standing in front of him. As a wild though, he is able to substitute for all other symbols within Love and Money, except for scatter additions.

Furthermore, if this one does stand in for other symbols in winning combinations, it will provide a 2x multiplier to your pay-out. Form a win of five wilds on a line and your bet will be multiplied by 5,000x. 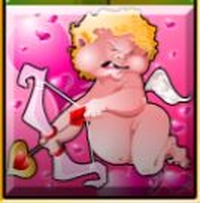 Make sure that you watch out for the symbol of cupid, because he’ll be the one to activate the game’s free spins function. It’s a bit worrying that he’s shooting his arrow without really looking at his target but you’ll be pleased to see him none the less, because if three or more of this symbol come into view you’ll trigger free spins.

There are 10 available for you to play through, and during this round all winning combinations come with a 3x multiplier attached to them. You’re able to reactivate 10 free spins while the feature is in operation, too. Should you manage to form a win consisting of five free spins scatters, then your pay-out will be 100x your stake. 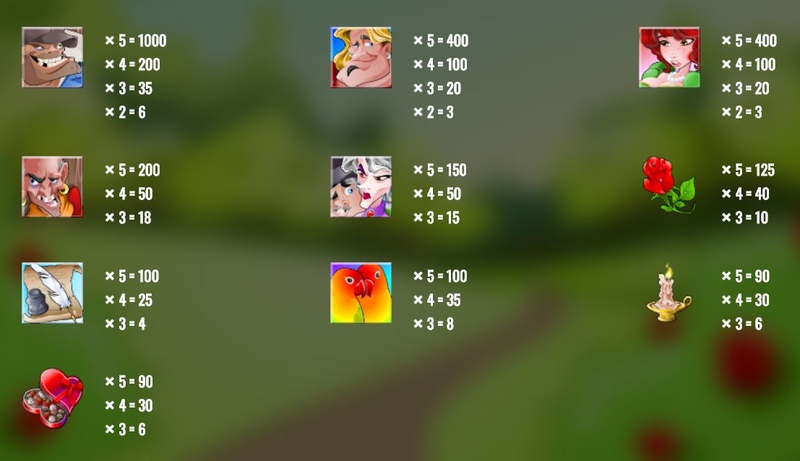 Love and Money may not seem all that appealing from its title alone, but once you begin spinning its reels those thoughts will likely change. The graphics in this slot are great and the inbuilt wild and free spins round add more entertainment overall. It would benefit from having an additional bonus feature alongside those because wild and free spins are fairly basic additions for video slot, but that being said, Love and Money still makes for a nice enough addition to the Rival Gaming collection.