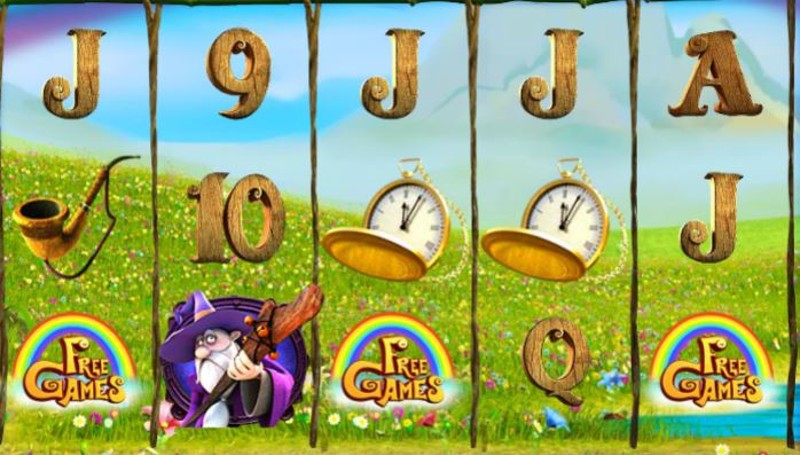 If you’re up for some good old fashioned fantasy with magic and wizards, then check out Fortune Hill. This is an online slot game by software developer Playtech and it’s a wonderful example of high quality visuals serving the game – the 3D graphics and superb animations are bound to please even the pickiest of players. The backdrop depicts a tall mountain in the distance, and in the foreground it’s a peaceful scene with a watermill and a small creek. There’s a hobbit-like house as well and one of the main characters playing a stringed instrument right beside the reels. The other characters here include, of course, a wizard, a fairy and a troll (or ogre, we aren’t sure). As for the other symbols, these feature a pocket watch, a smoking pipe, and the lower value playing cards.

This brings us to the game’s layout. Things are rather straightforward here: the grid has 5 reels and 3 rows and there are a total of 25 active paylines for you to place your bets on. However, if you would rather play with a lesser number of paylines then you are free to do so. This makes for a pretty agreeable betting range that starts off at a minimum stake of 1p per spin, and the maximum bet is a total of £125 per single spin.

Before we head over to the other special features, let’s first direct your attention to the wheel of the watermill that we mentioned earlier. It’s not just part of the scenery – it is also an active participant in gameplay and a chance for you to get some extra cash. You will notice that the wheel actually has sixteen spaces on it, and some have bonuses on them.

You can trigger those bonuses if they land next to the pointer when the wheel stops spinning. The possible prizes you can win include multipliers of 2x, 3x and 4x. If you land the money bag symbol, then you can count on a cash prize of up to 6 times your stake. A wand, on the other hand, can also give you a cash prize, or alternatively, it can reward you with Expanding Wilds on reels 2 and 4. Last but not least, the wizard’s hat will reward you with extra Wilds, frozen reels, and 3 respins. 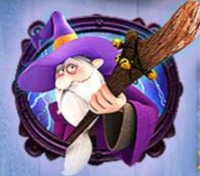 The Wizard symbol acts as the game’s Wild and also highest value icon. It can land in any position, anywhere on the five reels. It will also be able to substitute for any of the regular icons to help complete winning combinations. Naturally, this means that it will not be able to replace the other two special symbols in the game – the Scatter and Bonus icons.

Look out for the Bonus symbol landing on reels 1 and 5 simultaneously. This is how you can trigger the game’s Magic Mushroom Bonus. As a result, you will be taken to a new location where 12 magic mushrooms grow and you will have as many picks as it takes to reveal the ‘Collect’ symbol. Until then, each pick will give you a certain cash prize.

The Rainbow Freespins are perhaps the most attractive feature in this offering. In order to trigger it, you will have to land the Scatter on reels 1, 3 and 5 at the same time. You will then receive a total of 8 freespins on a new set of reels. Notice that during the bonus round, the watermill wheel will contain positions with 2, 3, 4 and 8 extra freespins. Potentially, then, you can keep on adding to your count with every freespin. 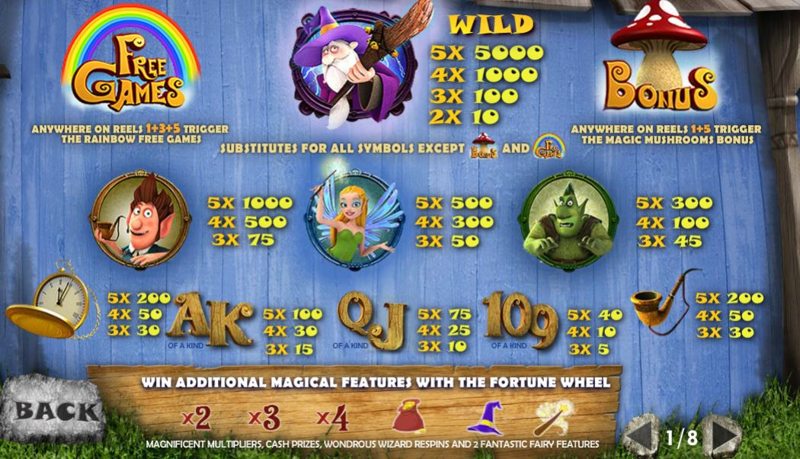 Fortune Hill is an amazing offering that is without doubt worth giving a shot. It offers players very flexible betting possibilities and a really nice selection of bonus features. It certainly doesn’t hurt that you get to enjoy awesome visuals along the way, either.