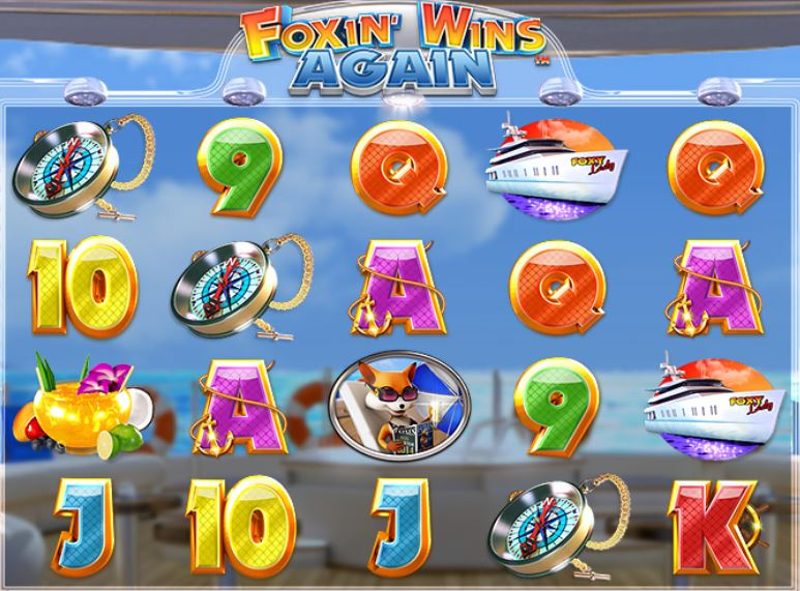 Foxin’ Wins is back, and it’s just as fun and exciting as the original game. Not to mention that the graphics are equally superb. This time the game will be taking you together with the aristocratic family of foxes on a luxurious cruise ship. It’s a beautiful sunny day and you have the perfect view that the semi-transparent reels will allow you to enjoy. In addition, the symbols feature a number of different nautical-themed images including anchors, wheels, compasses and ship bells. Besides that, you also get to see the family chilling out alongside cocktails and symbols of the cruise ship itself.  There’s also a jolly soundtrack to add some more liveliness to gameplay.

One of the major differences between Foxin’ Wins Again and its predecessor is the layout. Here, it’s slightly taller with 5 reels and 4 rows instead of the more common 3 rows. It also comes with substantially more paylines; there are 50 of them and these are fixed, which will prevent you from being able to regulate them. Therefore stakes are also on the steeper side, with a minimum bet of 50p per single spin. The maximum bet doesn’t venture too far into the extremes, though, setting players back a total of £50 per spin. Just keep in mind the rather hefty jackpot of 5,000 coins.

Like the original Foxin’ Wins game, Foxin’ Wins Again also boasts the Super Bet feature. When neither of the two Super Bet options are active, you will only be able to benefit from extra Wilds on the middle reel. Randomly, at any point during gameplay, the Fox Pup can appear and just replace any symbol on reel 3 with a Wild.

If you choose to activate Super Bet 1, though, that extra feature will expand to cover reels 2 and 4 as well. However, it will cost you an extra 25 coins, for a total bet of 75 coins. Then there’s the Super Bet 2 which will cost you 100 coins per bet, and in exchange it will offer you extra Wilds on all five reels. 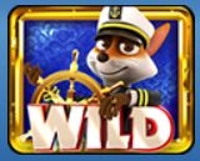 The Fox is Wild in this title as well, and it offers quite impressive payouts even though it’s not the most lucrative symbol on the reels. In addition, it can land anywhere on the screen during both the base and bonus games. The Wild can substitute for any of the regular icons to help complete winning combos as you would expect, however, it won’t be able to replace the Scatter symbol for that purpose. 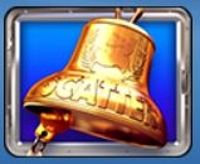 The Scatter is the highest paying icon, offering payouts of up to 5,000 coins. It too can land in any position, anywhere on the five reels, and is the key to triggering this game’s main attraction – the Freespins feature. You can activate it with the help of at least 3 Scatter symbols landed during the same spin. As a result, you will receive 10 free spins, during which the Fox Pups can appear more frequently; and on top of that, all free spins winnings will also be doubled.

Furthermore, players can also retrigger the feature by landing 3, 4 or 5 Scatter symbols simultaneously. This will award you an extra 10 free spins for a grand total of 20 free spins. Last but not least, when the Freespins feature ends, you will have the option to replay it once. If you do, you will forfeit the winnings from the first round, but if you’d rather not risk it you can collect your winnings and move on to the base game. 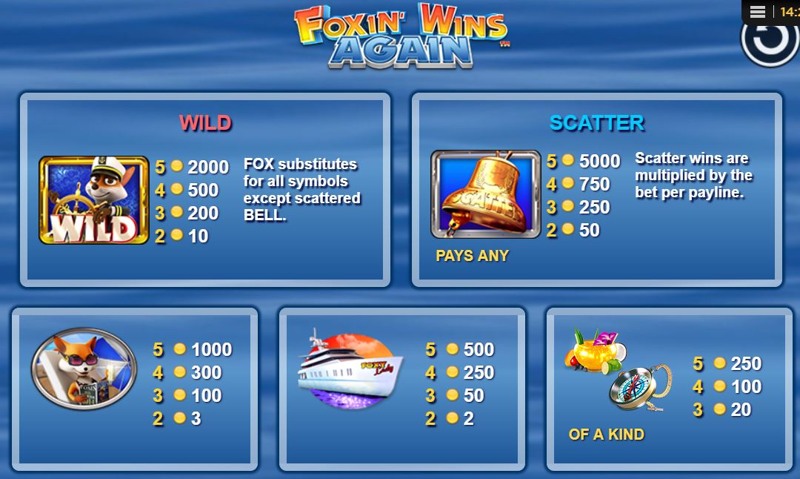 Foxin’ Wins Again is just as stunning in terms of its visuals as the original title is. However, it ranks lower as far the entertainment factor goes, and in addition to that the variance is pretty high, so tread lightly.