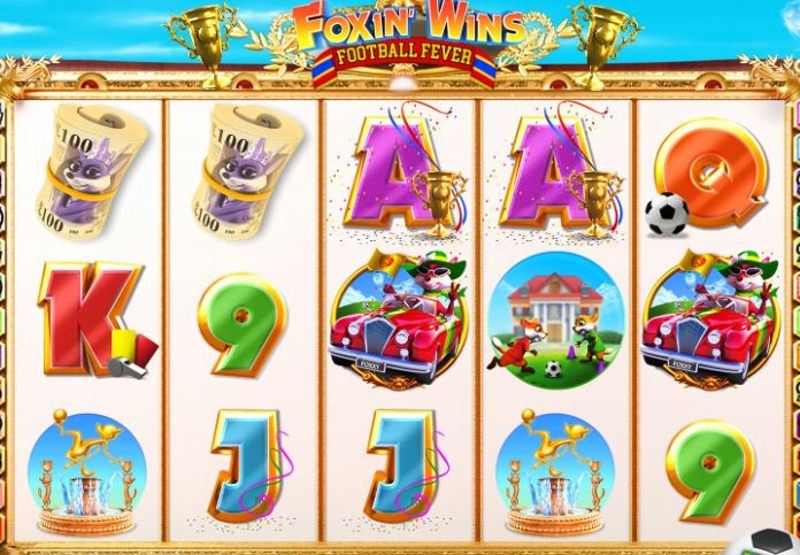 It’s football season, and to celebrate, NextGen Gaming has released yet another slot in their series of Foxin’ Wins games – Foxin’ Wins Football Fever. Whether or not you’re a fan of football, you will be bound to love this offering. It has amazing 3D graphics with wonderfully entertaining animations, for one; for another, it really brings you up with its lively setting and smooth gameplay. It’s a bright and beautiful day and the game takes place in the middle of a large and crowded stadium. The audience is cheering you on and there are trophies just out of reach, waiting to be won. Be sure to keep your sound on for the jolly backing track, too.

As for the game’s layout, it has the common 5 reel and 3 row grid, and everything else is almost as it is in the original Foxin’ Wins title, including the paylines and betting range. More precisely, you will have a total of 25 active paylines to bet on, and these are fixed, so there’s no possibility to adjust the paylines. Furthermore, the minimum amount you will be able to wager on these reels is 25p per single spin, and the maximum bet soars way up all the way to £625 per spin. The game also comes with a very attractive jackpot of 2,000 coins.

The special features in Foxin’ Wins Football Fever are much like they are in its predecessor – and why change a winning combination, right? With that in mind, you are probably familiar with the Super Bet, which is also present here. Unless you activate it, you will get to enjoy extra Wilds on reel 3 from time to time. That is, whenever a Fox Pup appears and decides to add some to it after a spin.

But if you decide to step it up a notch by, say, activating Super Bet 1, you can benefit from extra Wilds on all 3 of the middle reels: 2, 3 and 4. Of course, this additional feature will cost you more, namely 35 coins per spin. And then there’s the even more expensive option – Super Bet 2, which will set you back 50 coins per spin. When active, it will take over all 5 reels, meaning you can gain even more extra Wilds.

There are two random features in this game that can occur at any point as you play. One is the less interesting and more straightforward Fox Funds Feature, and once triggered, it will award you a cash prize between 2x and 50x times your total stake. Then there’s the more entertaining Leprechaun Shakedown Feature. During this one, your goal will be to run after and eventually (hopefully) catch the leprechaun. If you do, he will also (involuntarily) give up a certain cash prize, also up to 50x your bet. 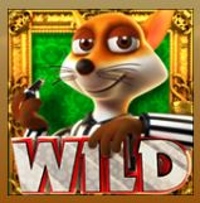 Papa Fox is the Wild symbol in this offering, as well as the highest paying one. He can land in any position, anywhere across the five reels. The Wild will also be able to replace any of the regular symbols to help form winning sequences. Of course, this doesn’t apply to the game’s Scatter. 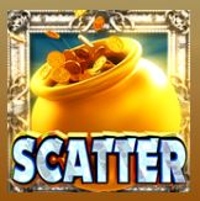 Last but not least, we have the Freespins feature. Be on the lookout for the game’s Scatter symbol, as you will require a minimum of 3 of these to land at the same time during a spin in order to trigger the bonus round. Once you do, this will reward you with a total of 10 free spins. There are two extra’s that players get to benefit from throughout the free spins: more Wilds and a 2x multiplier. In addition, you will also have the opportunity to increase the number of free spins to a grand total of 20 by retriggering the feature. 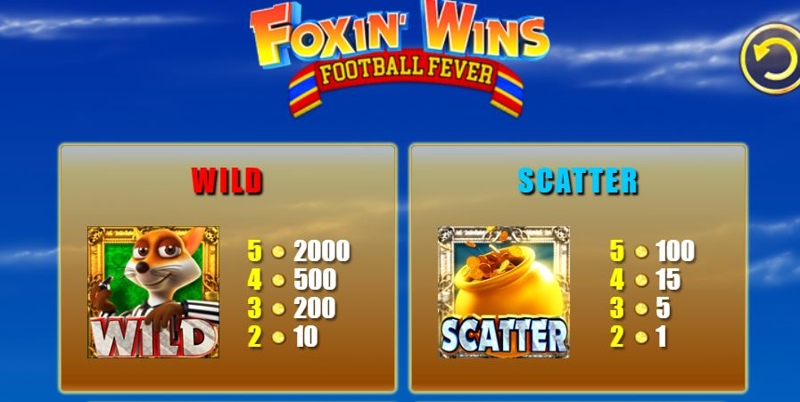 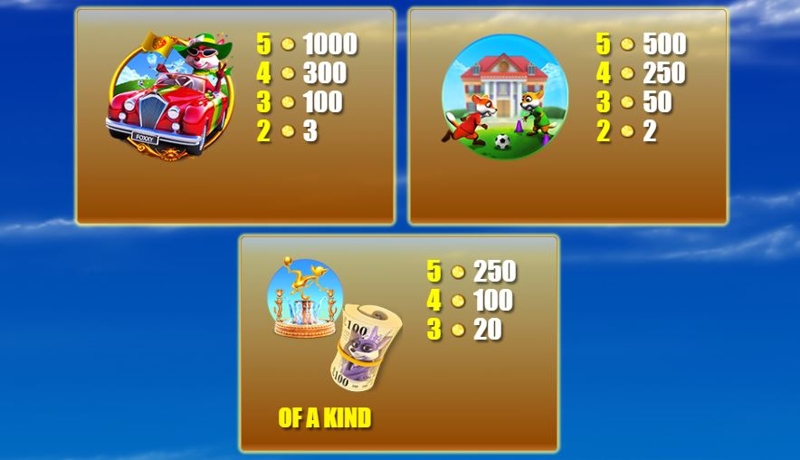 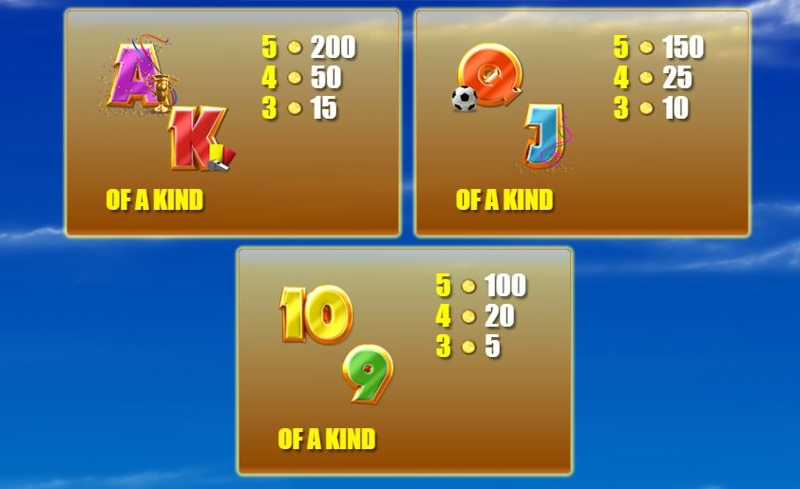 Foxin’ Wins Football Fever is a fun medium variance title that will be especially enjoyable for football fans. There is plenty of entertainment to go around, but the fact is that the game replicates the setup of Foxin’ Wins, and that may not excite those who are already familiar with this series.