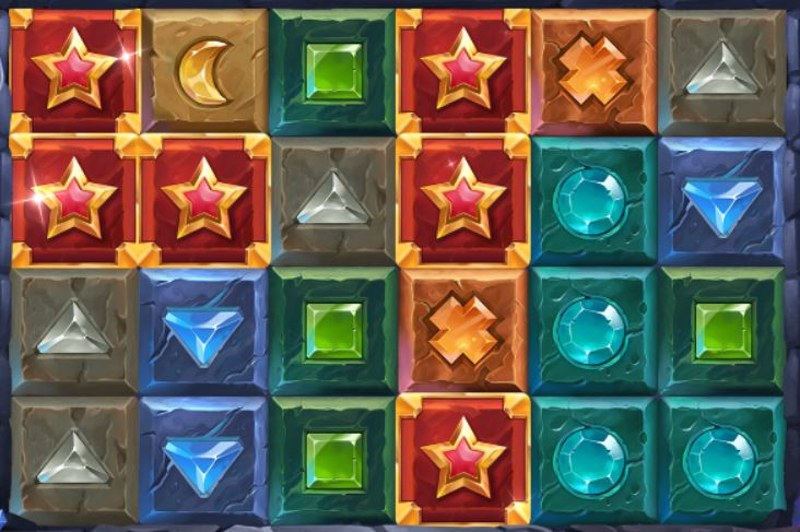 If you’re guilty of inviting all of your social media friends to play Candy Crush or some similar game, then software developer Yggdrasil can offer you a similar guilty pleasure with Gem Rocks. But we will elaborate on that in just a little bit. The scene appears to be taking place in a rock mine. There are huge stones framing the reels on every side, and in between the many cracks you can see crystals of all shapes and sizes. The crystals make up the symbols, too, and come in blue, pink, purple, and green, and are encased in stone slabs.

Gem Rocks’ layout us no less interesting. You will find that it uses a much less traditional grid of 6 reels and 4 rows, and what’s even more unusual is the amount of paylines you will have at your disposal – a whopping 4,096 ways to win. With numbers like that, adjusting or in any way regulating them is of course out of the question, but luckily you won’t really want to, as the betting range is a very agreeable one. The minimum bet is only 10p per single spin and the maximum amount you can wager is £50 per spin.

The structure in this offering is very simplistic, so there will be no bonus features or other such treats, at least not in the conventional sense; there are no Wilds, no Scatters, and no Bonus symbols. No freespins, pick me games, cash trails, or even a gamble feature.

The one bonus feature (of sorts) that Gem Rocks boasts is the Dropdown Wins feature, and that will be your main focus throughout gameplay. Whenever you form winning combinations of symbols, the symbols in those combinations will disappear and new ones will fall from above to take their place. Thus, you have the opportunity to form new wins from that same spin. 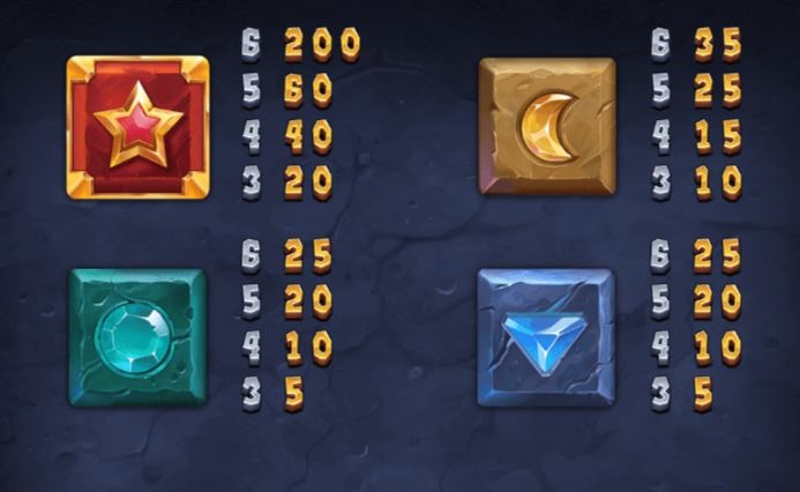 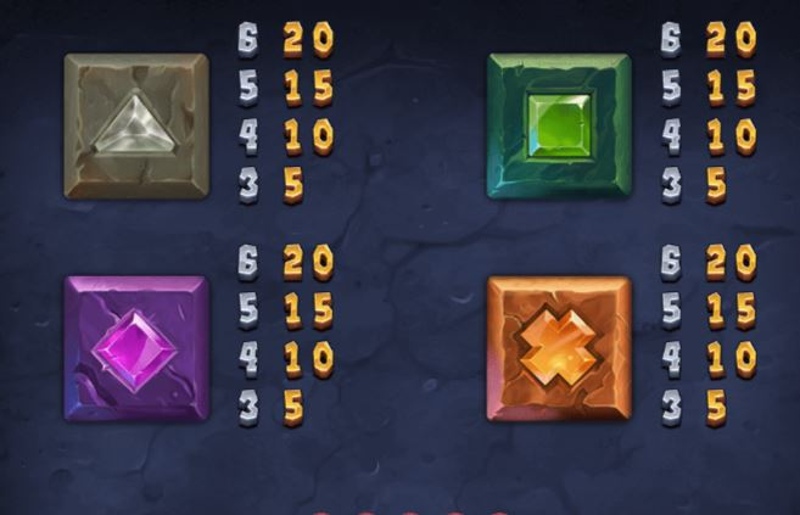 If you’re familiar with other Yggdrasil slot games, then you may already be familiar with the Dropdown Wins feature. It’s fun and a different take on gameplay, offering a simple yet exciting gaming experience. It may be difficult to line up more than 2 or 3 wins at a time, but as this is a medium to high variance title you can expect some pretty decent wins if you do.