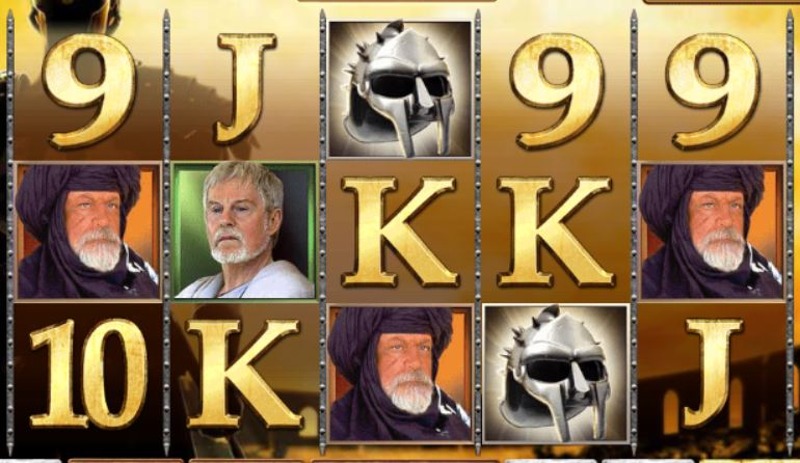 If you have played the original Gladiator game by software provider Playtech, then you will find not much has changed in Gladiator Jackpot. As a matter of fact, it’s pretty much the exact same slot game. The only difference is that this one also comes with a massive progressive jackpot, making it an even more attractive offering. Now, for those who haven’t played either of the Gladiator titles, they’re based on the motion picture of the same name, and they even include scenes from the movie as well as the characters showing up on the reels. There is a great soundtrack, and Gladiator Jackpot enjoys superb visuals, as well.

As far as the game’s layout goes, though, there’s nothing unusual here. You will have your common grid of 5 reels and 3 rows, and there are a total of 25 active paylines for you to place your bets on. What’s more, the paylines are flexible so you can set them to a lower number if you would like to. This means that Gladiator Jackpot also benefits from an incredibly generous betting range, just like its jackpot-less predecessor. The minimum bet is only 1p per single spin, making this an ideal slot for penny players; and high rollers get to fly their flag here as well with the maximum bet reaching a whopping £1,250 per spin.

One of the two special features in Gladiator Jackpot is a classic pick me game, and in order to trigger it, you will have to first land all three of the Wild/Bonus symbols on the reels at the same time. This will result in a mini screen opening up on the reels to reveal 9 different helmets. The helmets come in gold, silver and bronze, and each one will offer you a different cash prize depending on the metal it’s made of. This is where you will also get to enjoy one of the scenes from the film. 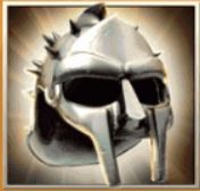 As we made clear, the Bonus symbol is also the game’s Wild, and as such, it has the capacity to replace any and all of the regular symbols to help complete winning combinations. The exception is, of course, the game’s Scatter icon. Another thing to keep in mind is that you can only see the Wild on the middle reels 2, 3 and 4. 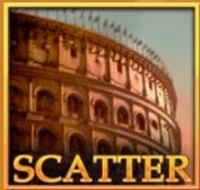 This brings us to the second main feature in Gladiator – the Coliseum Bonus Feature. This is essentially a Freespins Feature but it’s also so much more than that. To trigger it, you will have to land at least 3 Scatter symbols at the same time, and as a result, you will enter a new screen where you will first have to go through a pick me game.

The pick me game will consist of choosing between four different rows of stones starting with the bottom one. The first will award you a certain number of freespins, whereas the next will give you a multiplier. Row three from the bottom up will display a symbol that will act as an extra Scatter, and the top row will do the same for a symbol that will henceforth be an extra Wild.

Besides revealing symbols and numbers the stones can also reveal ‘Collect’ and ‘Pick Again’ symbols. The latter speaks for itself, but the former will cut the feature short and you will have to enter the freespins with what you have gathered so far. Potentially, you can gain up to 24 freespins with a 3x multiplier. 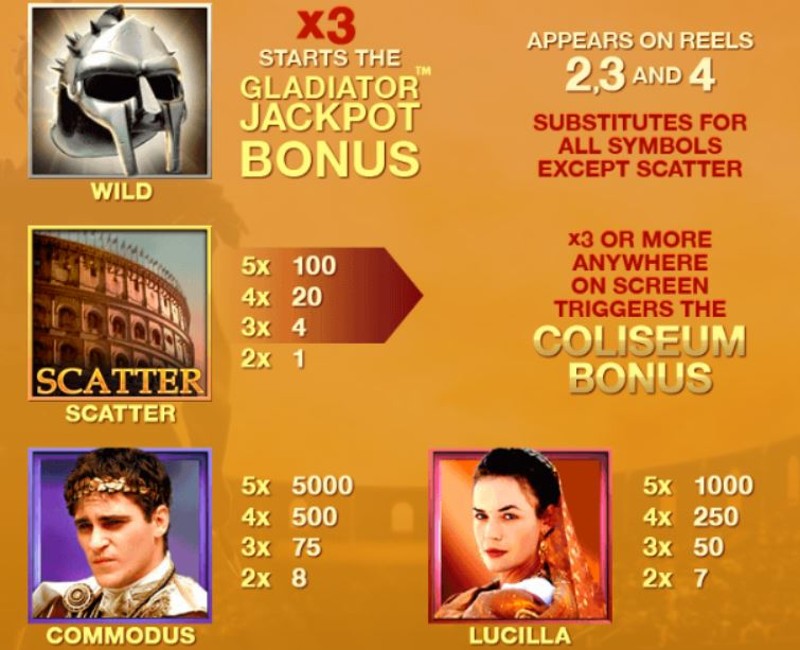 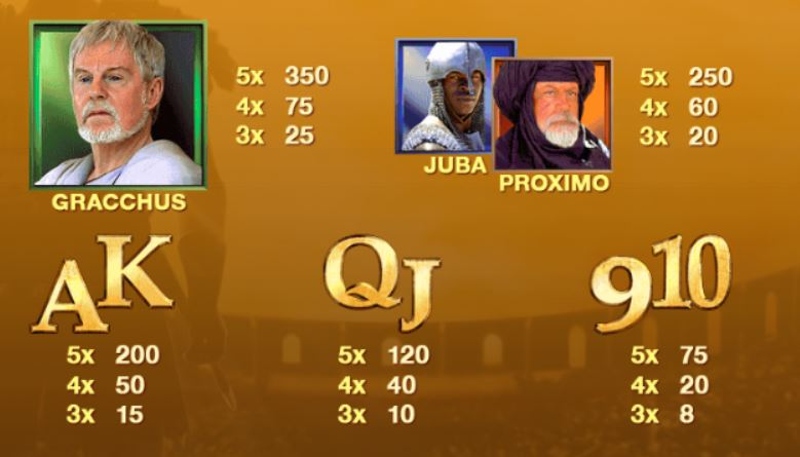 Gladiator Jackpot is a great title, just as the original offering is. It provides a variety of special features including a Gamble Feature, and on top of all that there is the action packed theme and the fabulous visuals to enjoy. But what brings it all together and helps make this an irresistible slot is, of course, the progressive jackpot.