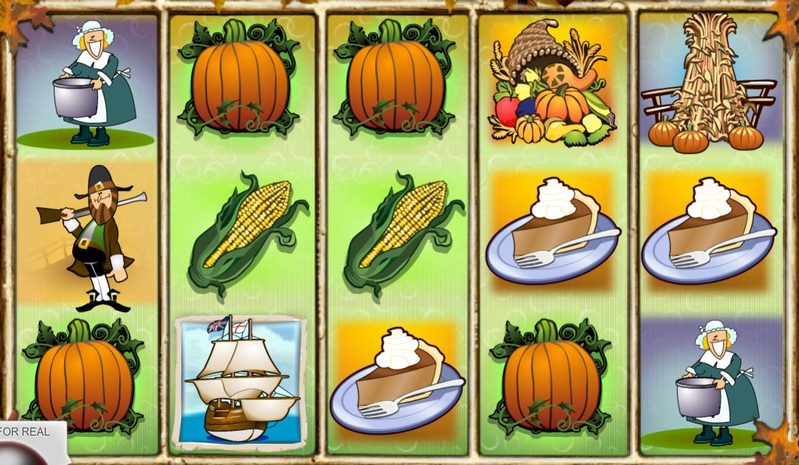 If you didn’t think it was possible to build a slot game around a turkey, then you’d better think again. Alright, this Rival Gaming slot is not specifically centred on the turkey, but it certainly plays a key role. The overall theme here looks at the season surrounding the Harvest Festival and Thanksgiving. Of course, that gives Rival a much more expansive theme to work with, and Gobblers Gold is quite the entertaining slot because of it. The graphics are pretty nice throughout the game and, on the whole, it presents a selection of tasty treats on its reels.

First things first though, and let’s take a look at the layout of the slot. This is made up of five reels and three rows in total, providing players with a standard video slot interface. At the same time, the slot features a set of 20 pay lines, although you can customise the active number of these. You only need to make use of the ‘Select Lines’ button to be able to do this. As far as your bet is concerned, Gobblers Gold allows you to choose a coin value between 1p and 25p before choosing between one and ten of those coins to be active per line. So, a maximum bet possibility of £50 per spin is available in the game.

Turning our attention to the graphics, you’ll be able to see that the game takes place during the autumn months, as brown, yellow, and orange leaves can be seen surrounding the reels. The symbols start out with the basket of apples, the ear of corn, and the pumpkin. You’ll then see a symbol of a mass of hay surrounded by pumpkins, and this one can multiply your wager by up to 90x. There’s also a symbol of a collection of fruits and vegetables, a slice of pumpkin pie, and finally, the house where all that food is going. This one offers maximum pay-outs of 300x your bet. 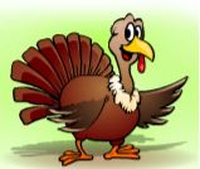 This game makes full use of the turkey by offering it up as the wild symbol. Therefore, if it appears anywhere on the reels it will substitute for all other symbols, with the exception of the scatters. The wild turkey symbol will also add a multiplier to your pay-out if it participates in a win, with a double multiplier for a single appearance.

If two turkeys appear in a win, then you receive a triple multiplier; three give you a 4x multiplier; and four will add a multiplier of 5x. Should you form a win consisting solely of wilds you’ll receive a pay-out of 7,500x your wager. 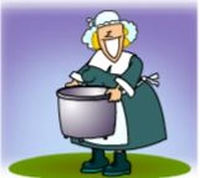 Make sure that you watch for the arrival of the pilgrim woman with her cooking pot, because she is the game’s jackpot symbol.

As long as two of this one come into view you’ll be given a pay-out from it, and if you manage to spin five of the jackpot symbol into view anywhere, then you will be given a bet multiplier of 1,500x. 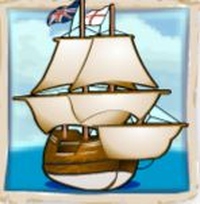 This game also incorporates the ship known as the Mayflower into proceedings. This was an English ship that transported the first English pilgrims from Plymouth to the New World in 1620. In Gobblers Gold though, this ship will operate as the trigger for the bonus round.

Three or more of the symbol are needed, and this will activate the Pumpkin Patch Bonus round as a result. During this feature, you need to pick pumpkins and receive bonus wins for them. 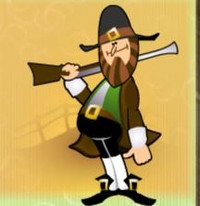 The final special feature in this Rival game is a free spins round. You’ll be able to trigger this round with the appearance of three or more of the pilgrim man symbol.

This one will give you 10 free spins whenever three symbols come into view; 20 free spins for four of them; and 100 free spins should you be lucky enough to spin five into view. All free spins wins come with multipliers attached to them of 3x.

Gobblers Gold may seem like it has a strange theme at first, but in actuality, Rival Gaming has come up with something fairly original as its base. The visual side is nicely done, and the inbuilt features boost the excitement level. The bonus round and free spins stand out as being particularly impressive, while the wild symbol gives the game an extra kick with multipliers to your wins. Overall, it’s a great addition to the Rival collection of games and one we should all give thanks for.