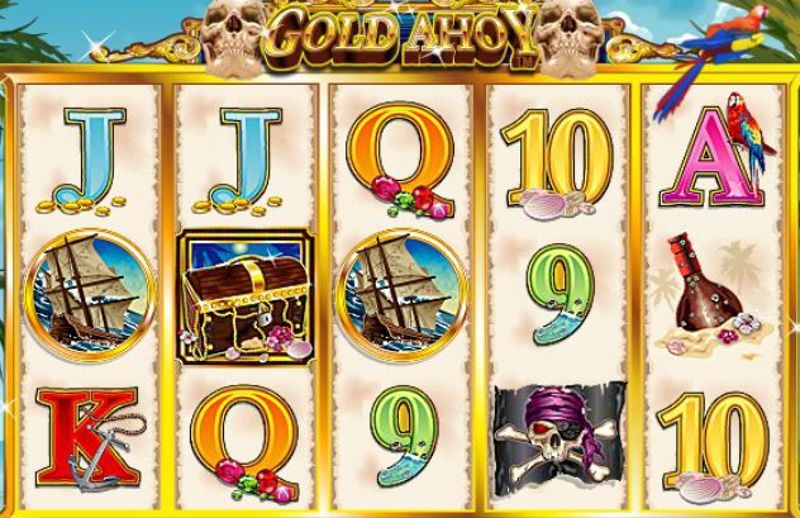 Gold Ahoy is an online slot game by software manufacturer NextGen Gaming. You can tell by the graphics that it certainly isn’t NextGen’s latest release, but the visuals are fairly decent comparatively. The theme is pirates and their treasure, so, adventurers, this one’s for you. You’ll find yourself on a lush tropical island, as wild and pristine as can be. Tall palm trees are crowding the sky above and behind the reels and it’s just the perfect place to hide your loot or go searching for someone else’s. Speaking of which, the reels are littered with gold and jewels of every shape and size. You can see them decorating the lower value playing card symbols, as well as taking up full icons of their own. There’s plenty of other pirate paraphernalia to go around, too.

Now as for the layout, it features the regular 5 reels and 3 rows. It also comes with a total of 25 active paylines, and these are not fixed. Therefore, players will have all the freedom they need to regulate them and set the paylines to a number that suits them best; you can play with as few as just a single payline, if you choose. This also affects the betting range, which starts at a very low 1p per spin. The maximum bet, on the other hand, will set you back £25 per spin.

There is quite a lot going on in Gold Ahoy, that much is for sure, not least important is the fact that there are some pretty impressive prizes to be won during gameplay. Aside from that, the game also boasts two separate bonus features, both of which can prove quite lucrative. One of them is the Chest Bonus Feature, which is a simple pick me game. You can trigger it by landing 3 or more Chest symbols anywhere on the reels. At that point, you will have to select one of the Chests in view to reveal your cash prize. Furthermore, there’s also the possibility for revealing the ‘Win All’ icon, and that means you can take home the prizes from all of the chests. 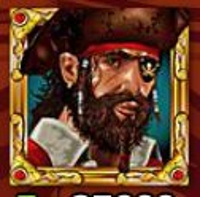 The rugged old pirate is the game’s Wild symbol, and as such he can help complete winning combos by substituting any of the regular symbols in the game. There are two exceptions to this rule, though, and these are the Scatter and Chest symbols. What’s more, the Wild happens to also be the highest paying icon on the reels. As a matter of fact, it can award you up to a whopping 25,000 coins for a combo of 5 Wilds on an active payline. 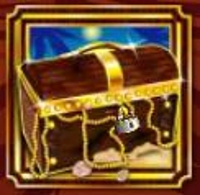 The most attractive special feature of the two in store is, of course, the Freespins feature. You can trigger it with the help of the Scatter symbol, namely by landing a minimum of 3 of these simultaneously. This will first take you to a new screen with a treasure map on it, and it will be up to you to select a location on the map to reveal the number of free spins you will receive. All in all, you can potentially gain up to 30 free spins.

But that’s not all; in addition to that, players also get to benefit from a very generous 4x multiplier all throughout the free spins bonus round. Better yet, you can also trigger the Chest Bonus during the free spins. The 4x multiplier will also apply to the prize from that round, which is another great extra. Then finally, players can also retrigger this round by landing another 3, 4 or 5 Scatters on the same spin. Phew! 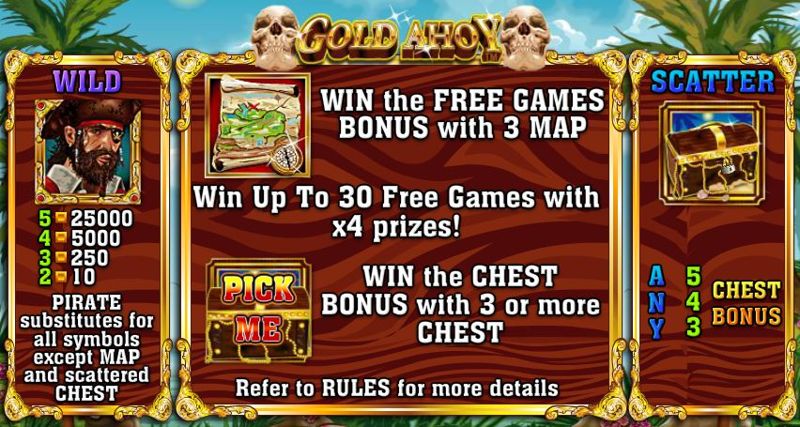 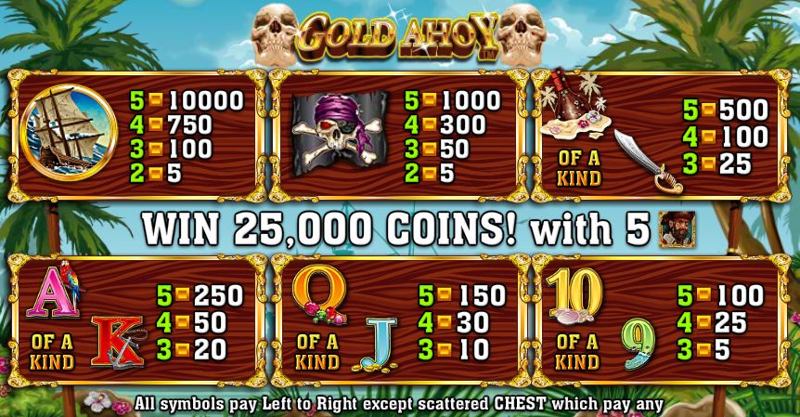 Gold Ahoy may not look all that sophisticated, but gameplay is smooth and also quite dangerous. This is a pretty volatile offering with large prizes in store, but be sure to pace yourself accordingly.