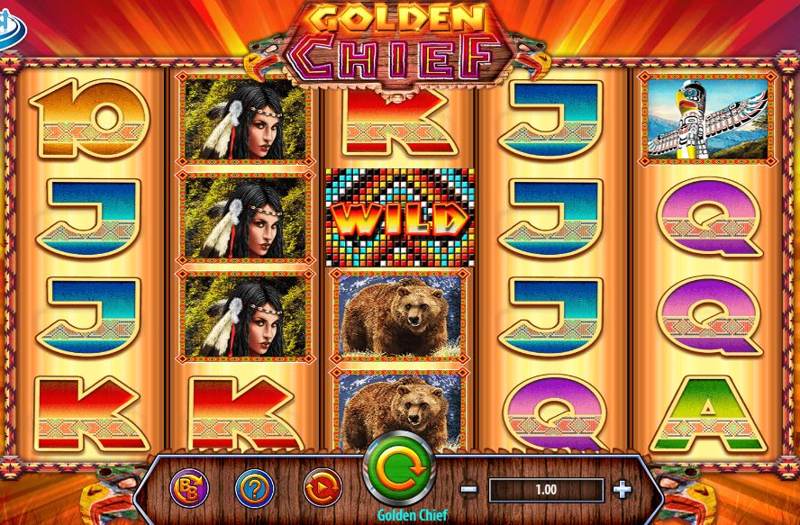 Golden Chief is a Native American-themed online slot game by software developer Barcrest. The offering isn’t exactly a latest release, and you can tell as much from the dated graphics. It doesn’t exactly boast a real soundtrack either, instead, it’s just some generic slot machine sounds that you hear as the reels spin; once they stop, so does the sound. In the backdrop, past the bright rays of light, you can make out a tipi and some rock formations, and as for the symbols, they include the lower value playing card icons A, K, Q, J and 10, and the more thematic higher value symbols are that of the bear, totem pole and Native Americans.

You will notice the layout in Golden Chief is slightly unusual, featuring a grid of 5 reels and 4 rows, instead of the more common 3. In addition, there are 10 active paylines to begin with. If you increase your stake to £2 or higher then that number will jump to 20, but besides that, the paylines are fixed and not subject to adjustment. Typically for Barcrest slots, players can enjoy a very wide betting range. Bets here span from a minimum stake of only 10p per spin, and they reach a maximum that will set you back a total of £500 per single spin.

You have three Big Bet Mode options in Golden Chief: £20, £30 and £50. Each of these will give you 5 consecutive spins with better winning odds. Furthermore, all of these options will also offer double height Scatters and increased payouts. In addition, the £30 option will also come with Expanding Wilds, and the £50 option comes with all of the above, plus 100 paylines.

The Wild symbol on these reels can appear anywhere on the screen, all throughout gameplay. It can substitute for all other symbols bar the Scatter, and it also happens to be the highest paying symbol in the game. 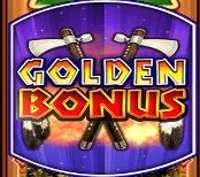 Golden Chief boasts several different bonus features, but there is only one way to gain access to them. You will need to land 3 or 4 Scatter symbols simultaneously during the same spin, which will award you one of the three available special features.

One of them is the Cash Canyon, which is basically a cash trail. In it, you spin a wheel which determines how many steps you take long the trail. The more steps you get to take, the higher your prize will be. Then there’s the Totem Riches feature, which will take you to a new screen with a totem pole. Your goal will be to climb the totem pole and gather multiplier values. Last but not least is the Free spins feature. Depending on the number of Scatters that triggered it, you can get 5 or 10 free spins, and during these you will benefit from Heap Wilds. In other words, whenever a Wild symbol lands on the reels, it will expand to cover the whole reel and up to all 5 five reels to the sides. 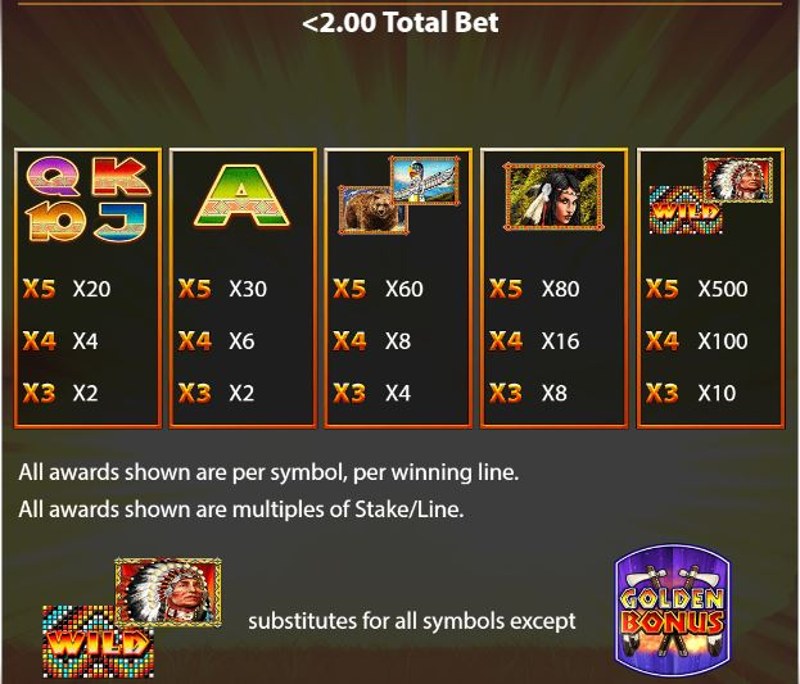 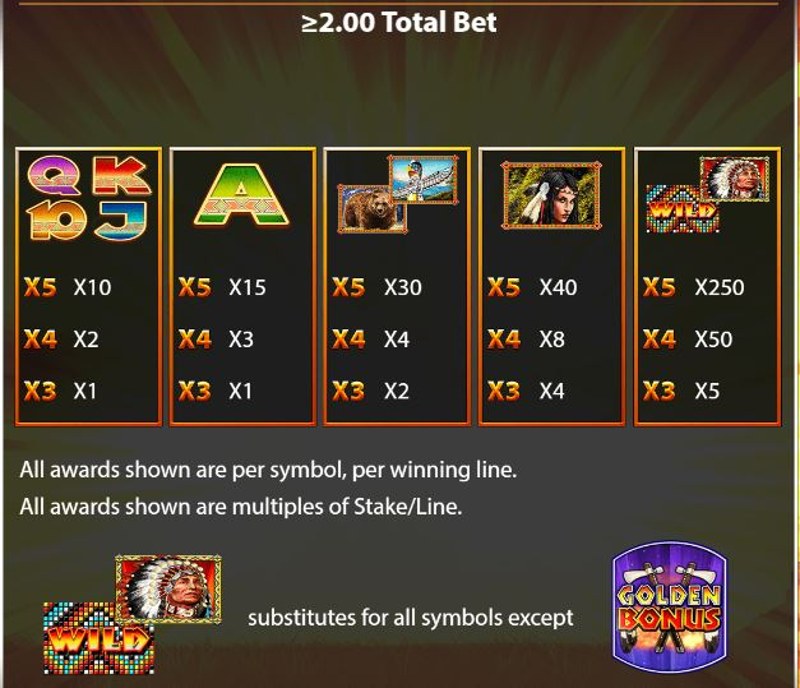 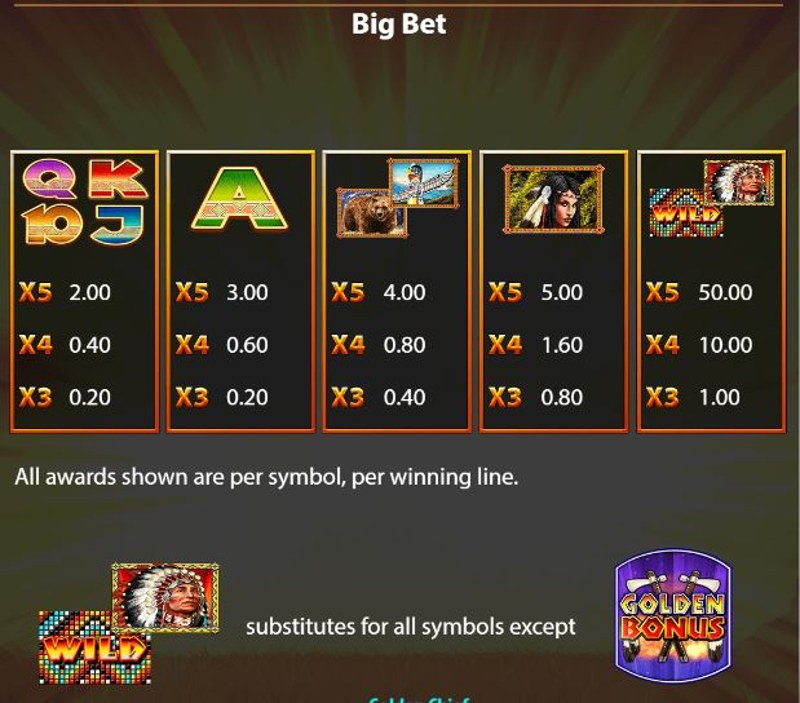 Golden Chief may not look as attractive at first because of the somewhat dated graphics and lack of all the latest visual bells and whistles, but it’s packed with different features, and the Big Bet mode ensures that you get plenty of bang for your buck. It’s certainly worth giving a spin, and the medium variance makes for a great balance of features and wins.