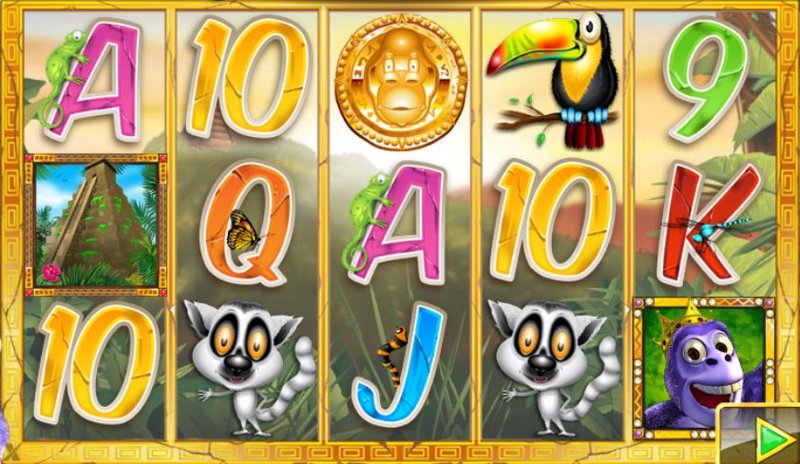 Gary the gorilla is king in his little part of the jungle, and he will be keeping you company as you spin the reels of this online slot game. Not only that, but Gary will also have an important role to play in the slot’s structure, which we will reveal in just a little while. For starters, though, he will be right beside the reels, wearing his wooden crown, and he also wonderfully pops against the backdrop thanks to the 3D graphics. Overall the visuals are pretty decent in quality, although not the best we have ever seen. The symbols in this NextGen Gaming offering have a fun and cartoonish vibe to them; not counting the basic lower value playing card icons, you have toucans, lemurs, other monkeys and ancient temples.

It’s a wild mashup indeed, but as far as the setup goes, things look a little tamer. First of all, you have the regular 5 reel by 3 row grid for the layout, and then you also have a fairly standard 25 active paylines at your disposal. These, however, are fixed, and therefore you won’t be able to regulate them. Stakes start off at a minimum bet of 30p per single spin and can be increased to reach the maximum possible bet of a hefty £150 per spin.

Gorilla Go Wild benefits from a number of different special features, all of which we have described below, but in addition to them, there’s also Gary’s Bonus Time Feature, which can occur randomly after any spin. As a result of it, there are two potential ways that things can go: you can either score a stake multiplier of up to 1,000x, or you can trigger one of the four Freespins features on offer. 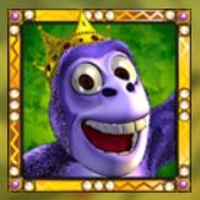 Look out for Gary on the reels as he acts as the game’s Wild and second most lucrative symbol at the same time. As such, he will be able to substitute for any of the regular symbols, thus helping you to complete winning combos. However, Gary will not be able to replace the Scatter symbol for this purpose. 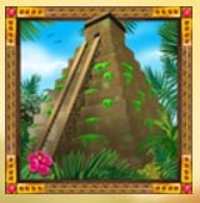 Finally, we reach the game’s main attraction – the Freespins feature. You can trigger it either with the help of Gary’s Bonus Time, as we described earlier, or with the help of the Scatter. More specifically, you will need to land at least 3 Scatter symbols at the same time. There are four different levels, and you unlock each consecutive one by triggering the bonus a certain number of times. Each of them will give you 10 free spins with different extras. 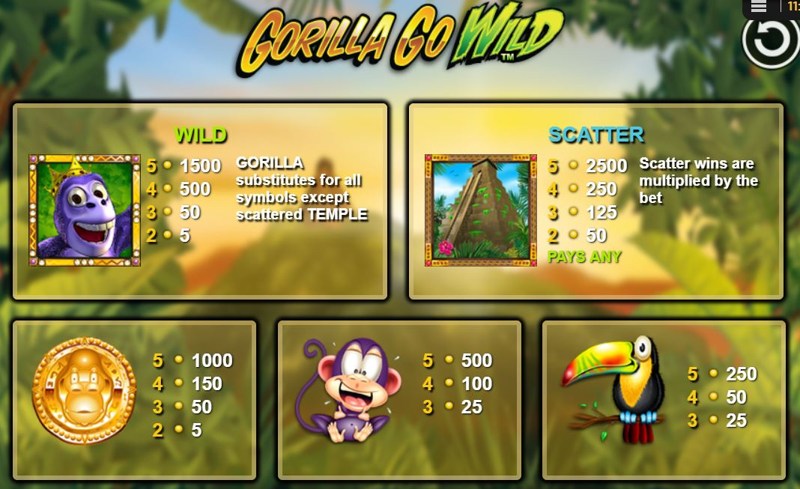 Gorilla Go Wild features a pleasing variety of different bonus features. Of course, it may be a while before you actually get to unlock all of the bonus rounds, but the rewards are well worth the wait.