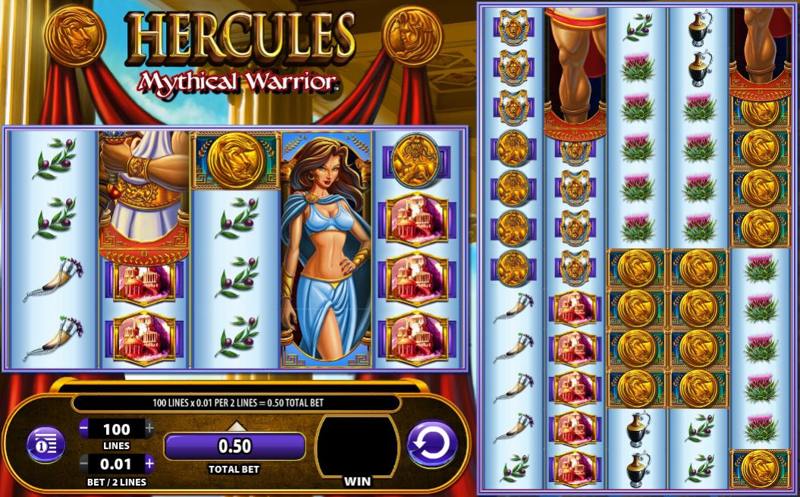 Hercules Mythical Warrior is an online slot game by software developer WMS. Obviously, the game is based on Greek mythology and one of its most prominent characters. The graphics here have a bit of a cartoonish feel to them, but not in a childish way – in fact, they’re really quite sophisticated. However, they do lack that modern 3D touch that most of today’s games strive to have. Besides the legendary hero himself, the symbols on the reels include an amphora, flowers, gold coins, a cuirass, a temple and more. Unfortunately, though, we found it a little disappointing that this game didn’t come with an actual soundtrack. Instead, there are just some generic noises audible in the background and they don’t do much to emphasize the theme.

As for the layout in Hercules Mythical Warrior, it’s far from what you might consider typical. It features two sets of reels. One is a grid of 5 reels and 4 rows, while the other also boasts 5 reels but with 12 rows. All of this comes with a total number of 100 active paylines which are flexible, so players will have the opportunity to adjust them and play with a lesser number if they want to. With this in mind, the betting range is actually well within reason. It spans from only 10p per spin and up to a maximum bet of £250 per single spin.

The logo symbol is Wild and it can substitute for any of the regular symbols on the reels. The only exception is the Bonus symbol, which it will not be able to replace. The main attraction of the Wild symbol in Hercules Mythical Warrior is that whenever it lands on the main reel set (the smaller one), it will automatically be transferred to the Colossal Reels. Hence, you will get to benefit from more winning opportunities. 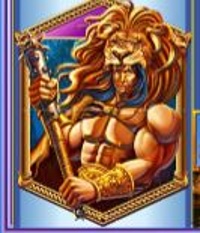 Unlike the Wild symbol which can land in any position anywhere on the reels, the Bonus symbol can only land on reels 1, 3 and 5. More importantly, though, it is responsible for triggering the Freespins feature. In order for that to happen, you will need to land at least three Bonus symbols on both reels at the same time. This will award you the minimum of 8 free spins and a cash prize of double your stake. 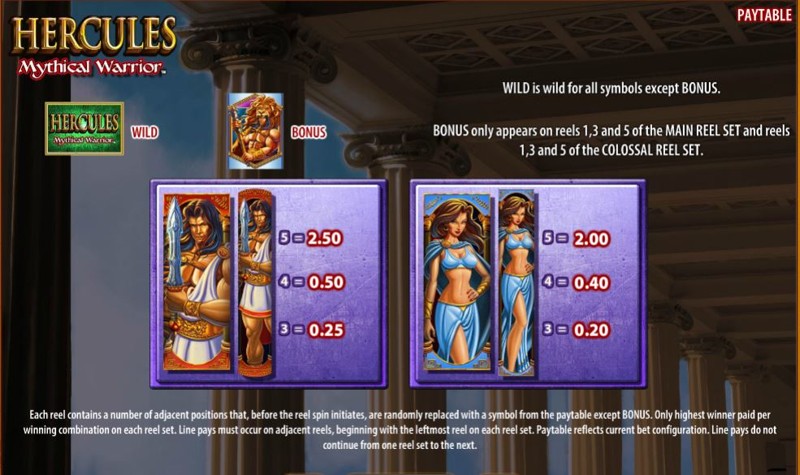 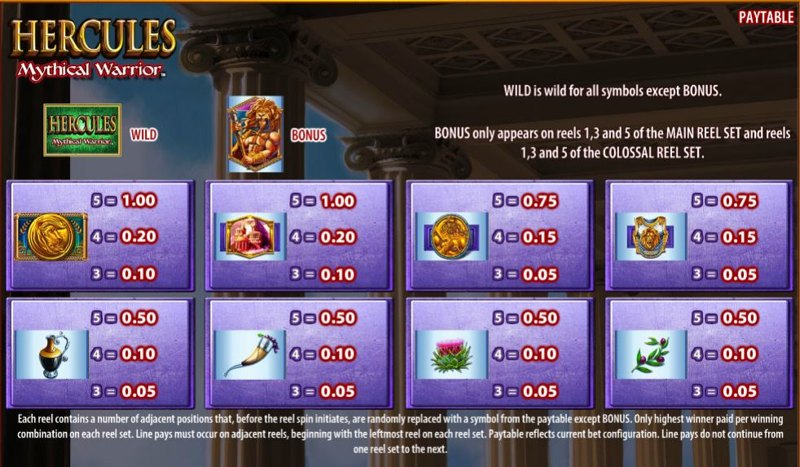 Hercules Mythical Warrior is quite simple, even despite the two reel sets. But it’s also quite rewarding and provides a good balance of wins.