This adventure slot game from Rival takes you to what looks like a torture chamber with chains surrounding the screen and a huge wooden door can be seen in the distance. This is Heroes Realm, and the two heroes themselves are always there in the background, ready to take on the hordes of undead that are coming for them.

This is a three-reel, one-row slot game which has a much more modern feel to it than most of its sort, theme aside of course. As far as the symbols are concerned, these start out with a vial of potion on a necklace. Then there’s a symbol of a morning star weapon, as well as a wooden shield. It is this one that can reward you with a maximum pay-out of 90x your stake. A sword is also present as a symbol in the game, while the wooden treasure chest makes up another, providing maximum wins of 300x your bet. You can also see symbols of an axe and a club show up on the reels; the axe can provide a pay-out even when only two show up on the pay line.

This is a single pay line game and, naturally, this payline is fixed so you can’t customise it in any way. You can still alter your wager easily enough, though. Firstly, you need to choose a coin value between 1p and £10, then decide whether you want a single coin, two coins, or three coins in play per spin. Of course, this means that the game provides players with the possibility of placing a maximum bet of £30 per spin. 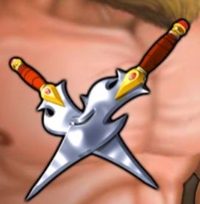 We have to say that we were very impressed to see that Heroes’ Realm also has its own set of free spins for you to activate. This is possible with the appearance of the crossed daggers.

Should two of them come into view on the slot’s pay line you’ll receive 10 free spins of the reels as a reward. However, if you spin three into view across the row, you’ll be given 50 free spins instead. That’s quite the perk for a three-reel slot to be able to provide to players, and it’s not only a free spins feature that the game incorporates either. 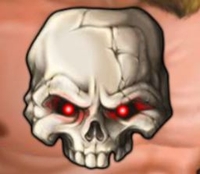 You’ll need to be on the lookout for the arrival of the skull symbol as this one operates as the bonus trigger for Heroes’ Realm. You’ll need to spin three of them into view for this to take place.

Yet, you’ll get to play through an exciting feature and in the process, have the opportunity to significantly boost your win balance. And if that’s no incentive enough to join the heroes realm we don’t know what is. 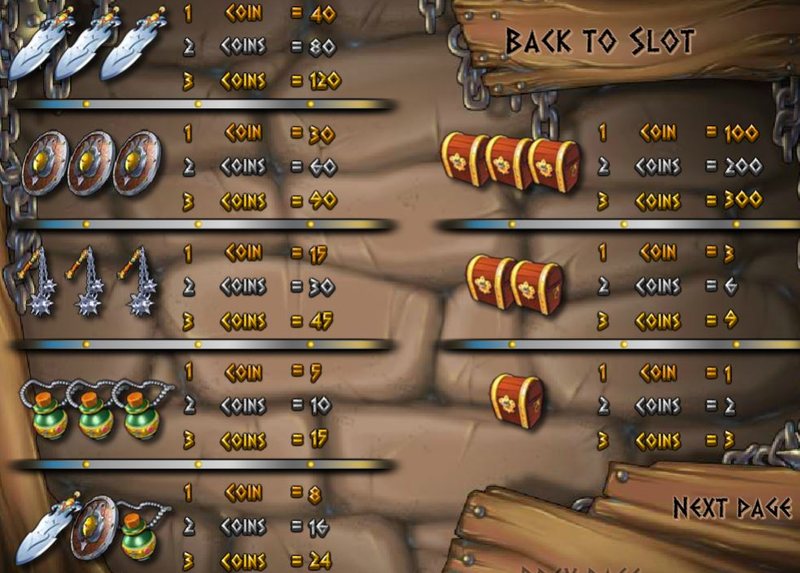 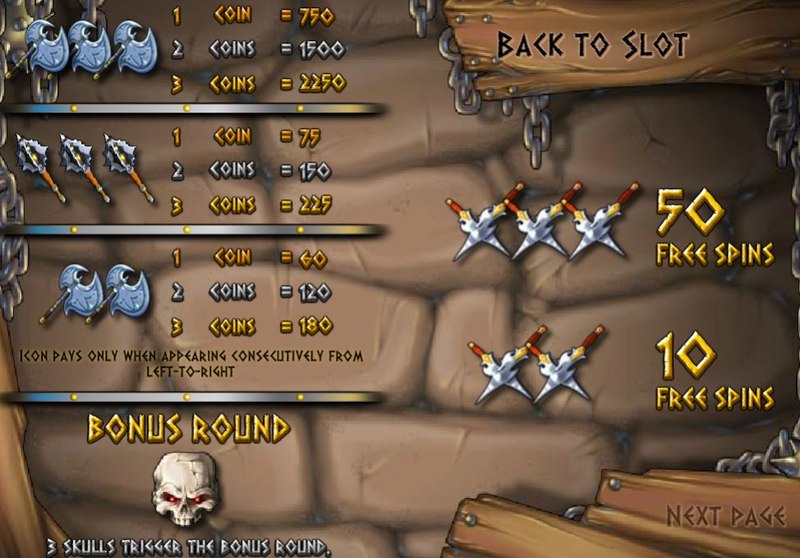 We’ll be the first to admit that when we initially loaded the Heroes’ Realm slot we weren’t really sure what to expect. After all, three-reel games can be notoriously sketchy when it comes to the inclusion of special features. Yet the game does incorporate two of them, with free spins and a bonus round enhancing the slot a plentiful amount. On the whole, Heroes’ Realm can provide players with some pretty interesting gameplay, which utilises high-quality graphics and a well executed theme.