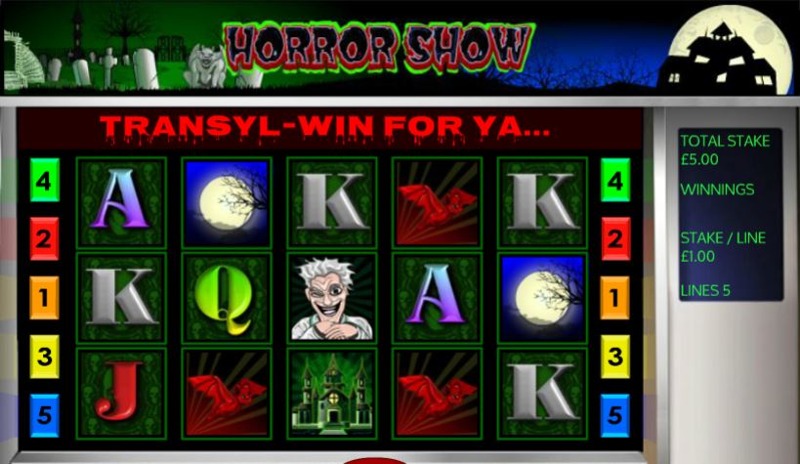 The Horror Show slot must have been around since time began. It’s an absolute classic and was actually one of the first to go down the route of horror as a theme. Unfortunately, the game does lack a little in this day and age when it comes to graphics as its minor nips and tucks over the years haven’t really been enough. In terms of pure nostalgia though, this slot is about as retro as you’re going to find.

You’ve got your 5 reels to play from but the game actually only includes 5 paylines, and whilst back in the day this would have been more than enough, it seems almost funny these days. It does have two bonus rounds, however, which we will discuss below.

The first bonus round is the brilliantly named Bet on the Devil You Know – I mean come on, it doesn’t get any better than that! The game is pretty simple in that you need to guess which colour you think the next card in the sequence will be. Depending on how many right guesses you make will depend on the amount of multiplier that is awarded. This number will range from between 5x and 250x your winnings.

The second bonus round is a little less hands on. You get taken to Frankenstein’s lair and it’s here where he will pull down the lever to reveal your reward. Again, this will range in terms of how much multiplier you get from between 5x and 250x your stake. 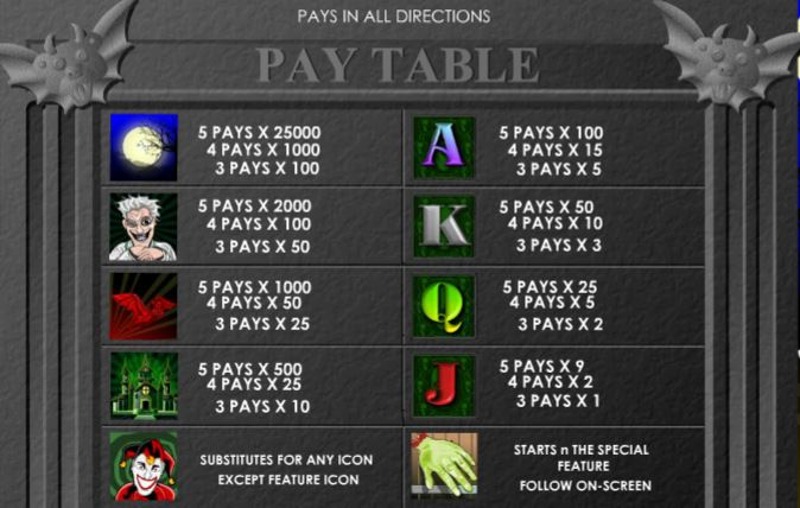 It’s actually pretty cool to see that Horror Show is still going. When the game first came out it was seen as something of a revolution in that it not only included 5 reels, but also bonus rounds that were actually worth something.

Today however, the game doesn’t really live up to what’s on offer from the world of online slots. The 5 payline game is almost laughable and whilst having two features is a lot more than some of the modern games that we have tested, it certainly doesn’t give the slot any real longevity, and the novelty factor aside you’re likely going to find better slots elsewhere.