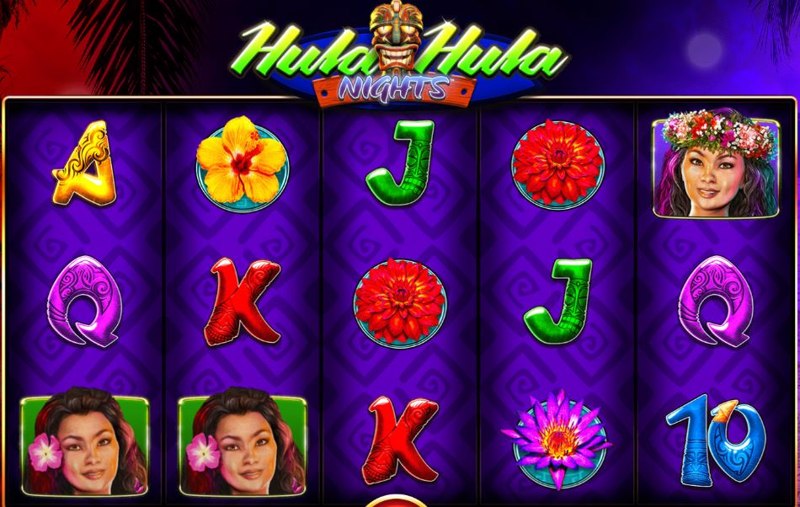 Hula Hula Nights will take you to exotic Hawaii for a day on an exotic beach. The color scheme here is dominated by reds and purples, which is kind of an odd choice in our opinion, but they work pretty well both in the backdrop with the palm trees and the sandy beach, as well as on the reels with red and purple flowers. Speaking of symbols, we should also point out the lovely design of the lower value playing card icons that fits with the theme perfectly. Yet despite all of that, the graphics are relatively simplistic in that they lack that high-definition and 3D touch that’s so popular these days.

As for the game’s layout, that is quite basic as well. It comes with a grid of 5 reels and 3 rows, and there are 10 paylines in total. In addition, the paylines are fixed which makes it impossible for you to regulate them. Not that you will really want to, since the minimum bet in this game is a very agreeable 10p per single spin. In contrast, the maximum possible amount you will be able to wager on these reels will set you back a total of £100 per spin. Keep in mind that this title also features a Big Bet option which can increase your winning chances.

Hula Hula Nights boasts three different Big Bet options, each of which will allow you to benefit from certain extras in exchange for a higher stake. Furthermore, each of these options will also buy you five consecutive spins.

The cheapest mode will cost you £20 and will increase the number of active paylines to 20. In addition, the Scatter symbols will be not one, but two positions high. Then there’s the £30 option, which will also provide you with all of the above, as well as giving you the benefit of the Wild being able to replace the Scatter. Then last of all you have the £50 Big Bet which encompasses all of the above and will also replace the Collect symbol visible during the free spins (Green Reels). 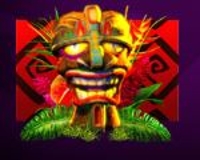 Look out for the Tiki mask symbol, as it is Wild and will replace any of the regular symbols to help create winning sequences. The Wild can appear anywhere on the reels during gameplay. However, it won’ be able to substitute for the game’s Scatter symbol. 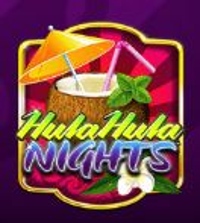 The Scatter in Hula Hula Nights triggers the one and only really attractive feature of the game – the Freespins feature. Just like the Wild, the Scatter can land in just about any position, anywhere on the reels, and to activate the bonus you will have to land a minimum of 3 Scatters during the same spin. The number of Scatters you achieve will dictate how many of free spins you are awarded. Thus, 3, 4 and 5 Scatters will award 10, 15 or 25 free spins, respectively.

Furthermore, all throughout the Freespins round the Green Reels will give you cash prizes instead of matching symbols. On the downside, though, players will not have the possibility to retrigger the feature.

One of the features in Hula Hula Nights is the Green Reels Feature, which you don’t come across all too often in online slot games. Basically, what it amounts to is that some positions on the reels will appear with a green background. If you land a symbol like that, it will reveal a matching icon in order to hopefully complete a winning combo. 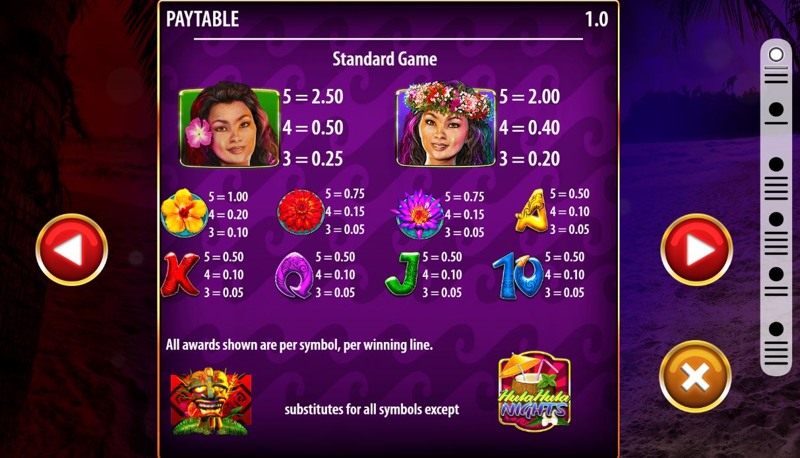 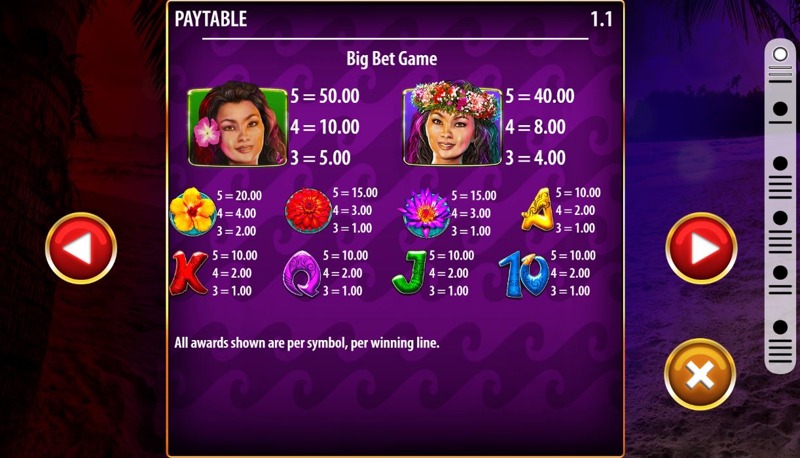 Hula Hula Nights is a decent medium variance title that isn’t too flashy and doesn’t offer anything that’s really over the top in terms of its features. The Big Bet options can certainly greatly better your winning chances and potentially result in big prizes, but they certainly aren’t meant for everyone’s pocket.