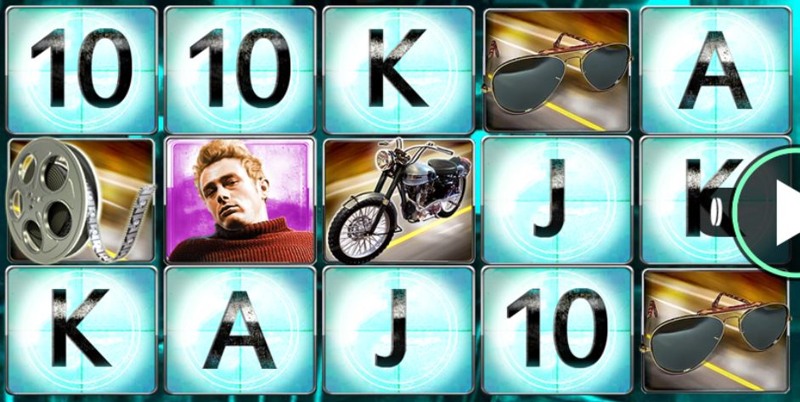 Nothing says ‘cool’ like the name James Dean, and that it precisely what this online slot game by software developer NextGen Gaming has attempted to capture. This title boasts a uniquely sleek design and superb quality graphics, worthy of the icon that was James Dean. In addition, you will get to see plenty of the American actor on the reels, as well as beyond them. He is in the blue-tinted backdrop and there are a couple of symbols on the reels with his face on them, but besides them there are also a few objects that relate to James Dean, such as the iconic sunglasses and a roll of film. The other higher value icons are the motorcycle and the 1950s Porsche 550 Spyder, but even the lower value playing card icons have their very own unique style.

Now as for the layout, there is certainly nothing unusual going on here. It boasts the regular 5 reels and 3 rows and comes with a total of 25 active paylines. The paylines are fixed, therefore there will be no room for adjustments, and the minimum bet will set you back some 25p per single spin. The maximum possible amount you will be able to wager on these reels, on the other hand, will set you back £62.50 per spin. 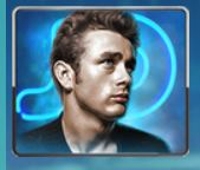 Another James Dean symbols (this time with a blue background) acts as the game’s Wild symbol. And it too can only land on the three middle reels 2, 3 and 4. As a Wild, it has the capability to replace any of the regular symbols on the reels, and thus it can contribute to forming winning combos. However, the Wild will not be able to substitute for the two Bonus and Scatter symbols.

In addition, the Wild also happens to partake in a separate special feature that awards respins. To activate it, you will again have to land three symbols simultaneously during the same spin. As a result, the Wilds will expand to cover the entire middle reels and you will receive 3 respins. Furthermore, for the duration of those respins you will also benefit from a 3x multiplier on your winnings. 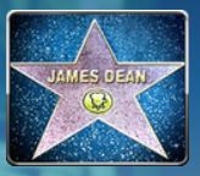 Look out for James Dean’s star on the Hollywood Walk of Fame. This is the Scatter symbol and also the icon responsible for triggering the Freespins feature. Unlike the Wild and other Bonus symbol we’ve discussed so far, the Scatter can actually land in any position, anywhere on the reels, and you will require a minimum of 3 of these to land during the same spin to activate the bonus round. As a result, you will gain a total of 10 free spins, during which all prizes will be doubled. You can also retrigger this bonus round by landing another 3 or more Scatter symbols. 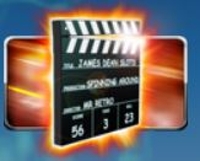 What’s more, during the freespins bonus round, there will be a new Bonus symbol added to the reels. More precisely, it will appear on reel 3, and whenever it lands you will collect it to access the Legend Spins. You will play these after the Freespins feature, and the number of Bonus symbols will correspond to the number of Legend Spins. 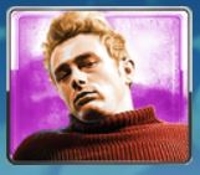 James Dean has plenty to offer in terms of special features, not least of which is the James Dean Pick Bonus. Look out for the actor against the purple background as this will be the symbol you require to trigger the feature. Keep in mind that he can only land on the middle reels 2, 3 and 4, and you will have to land all three of them at the same time in order to trigger the bonus. Then you will have to pick one of those three symbols to reveal your cash prize, which can be up to 150x your stake. 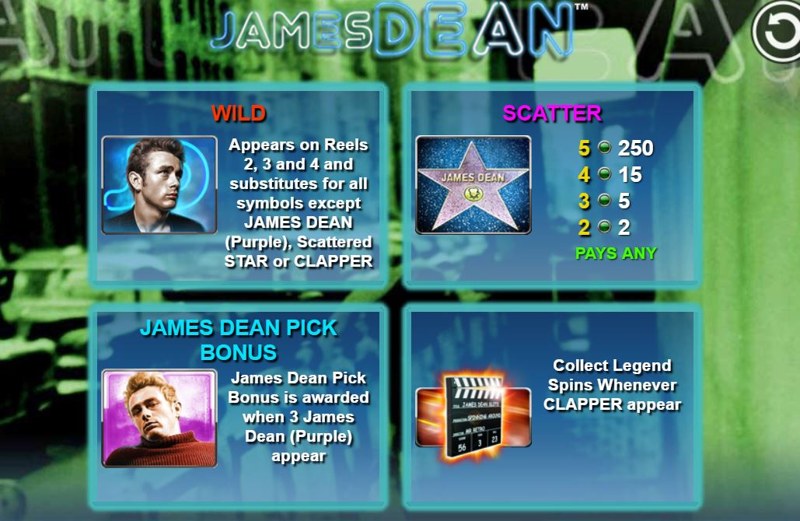 James Dean is a strong medium variance offering that doesn’t disappoint. It has a solid number of entertaining special features, and it comes with a great design, which certainly doesn’t hurt.